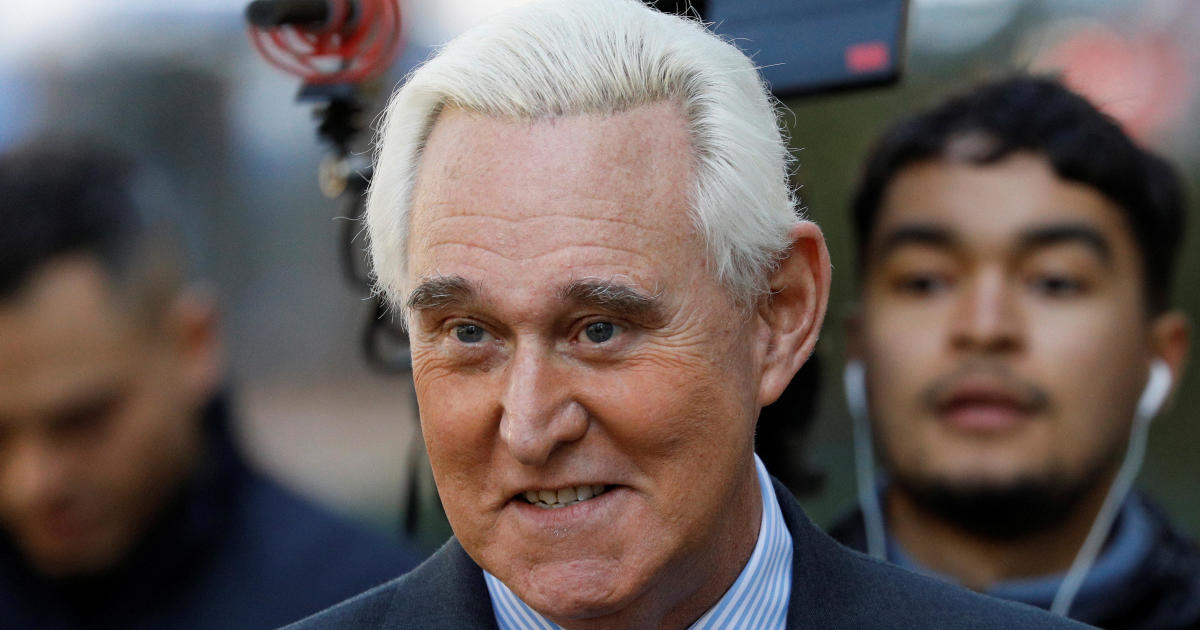 Washington — Republican operative Roger Stone, who was relieved of a 40-month prison sentence by longtime ally President Trump this month, is coming under fire for using a racial slur during a radio interview Saturday, though he denies doing so.

Stone appeared on the Mr. Mo’Kelly Show, broadcast on KFI-AM in Los Angeles, on Saturday evening, during which he and radio host Morris O’Kelly discussed Mr. Trump’s decision to commute his prison sentence days before he was set to report to federal prison in Georgia.

During the phone interview, O’Kelly, who is Black, told Stone, “There are thousands of people treated unfairly daily. How your number just happened to come up in the lottery, I’m guessing it was more than just luck, Roger, right?” A man who sounds like Stone is then heard saying, “I don’t really feel like arguing with this Negro,” though the audio is muffled.

After attempting to reconnect with Stone and nearly a minute of silence from the GOP operative, he then reappears, saying, “You there? Hello?”

O’Kelly confronted Stone about the remark, though he denied making such a comment.

In a statement to the Associated Press, Stone again denied using the slur, saying “Mr. O’Kelly needs a good peroxide cleaning of the wax in his ears because at no time did I call him a negro.”

“That said, Mr. O’Kelly needs to spend a little more time studying black history and institutions,” he continued. “The word negro is far from a slur.”

Stone was convicted in November of seven charges of obstruction, making false statements and witness tampering in a case that stemmed from special counsel Robert Mueller’s investigation into Russian meddling in the 2016 presidential election.

Stone was sentenced to 40 months in prison in February, but day before he was set to surrender, Mr. Trump wiped clean the entirety of his sentence and his two years of supervised release, but declined to issue a full pardon.