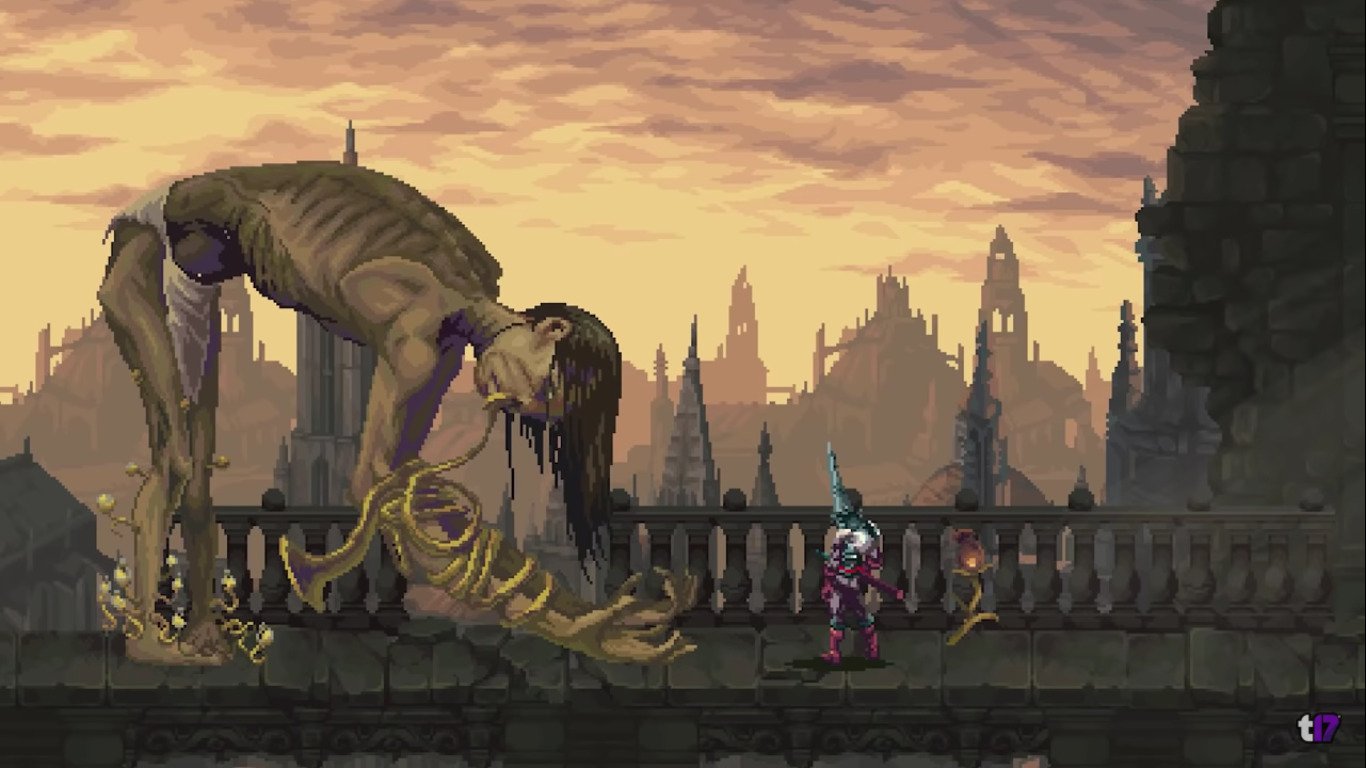 The Stir of Dawn Is A New DLC Released For Free For Blasphemous On Pc, PlayStation 4, Xbox One, and Nintendo Switch

The gory and heart-pounding adventure of Blasphemous is getting a free DLC adventure added for free on all platforms. Enjoy another challenging set of levels as the game gets its first free DLC pack. Expand your copy of this hack-n-slash title and take on the DLC’s new features, challenges, and more.

This DLC expansion comes just in time to expand the already deep lore of the Blasphemous world. Take on a whole new set of grotesque challenges and experience this horror adventure with a new chapter of difficulty and opportunities.

Blasphemous: Stir of Dawn ups the challenge found in this already punishing action platformer. Take on the role of the Penitent One as you seek out ancestral power in a long-forgotten realm.

The DLC pack is adding the New Game+ feature which will challenge players to take their difficulty to a whole new level. Bring with you all that you have learned and challenge an increased version of the already punishing adventure.

The voice acting has been updated to give fans a better experience overall. For the first time since the game’s launch, the game will be playable with a full Spanish language option.

A new system is being implemented titled the ‘Three Penitence’ system. This system adds changes to the game that are determined by the player. There is not much known about exactly what that means, but fans are sure to enjoy it as yet another opportunity in this strange world.

Explore a new storyline filled with new NPCs, bosses, enemies, and areas to explore. The entire map system has been revamped with more fast travel locations scattered about. This will give the game deeper content for new players while helping add something entirely new for veterans of this title.

There are new executions and counter-attack mechanics built into the game. This should make combat feel more fluid as well as adding additional options for players to take full advantage of.

Across the entire DLC pack are buffs, updates, tweaks and balance changes to try and give players a more fulfilling experience. Be sure to take a look at the DLC patch notes to know exactly what has been changed.

The pack will be available as of August 4th. The Steam page is already live giving players their first look at the upcoming content along with some new behind the scenes explanation from the development team. For more information be sure to follow Blasphemous on social media.

Read More: The Stir of Dawn Is A New DLC Released For Free For Blasphemous On Pc, PlayStation 4, Xbox One, and Nintendo Switch

Do probiotics actually do anything? »