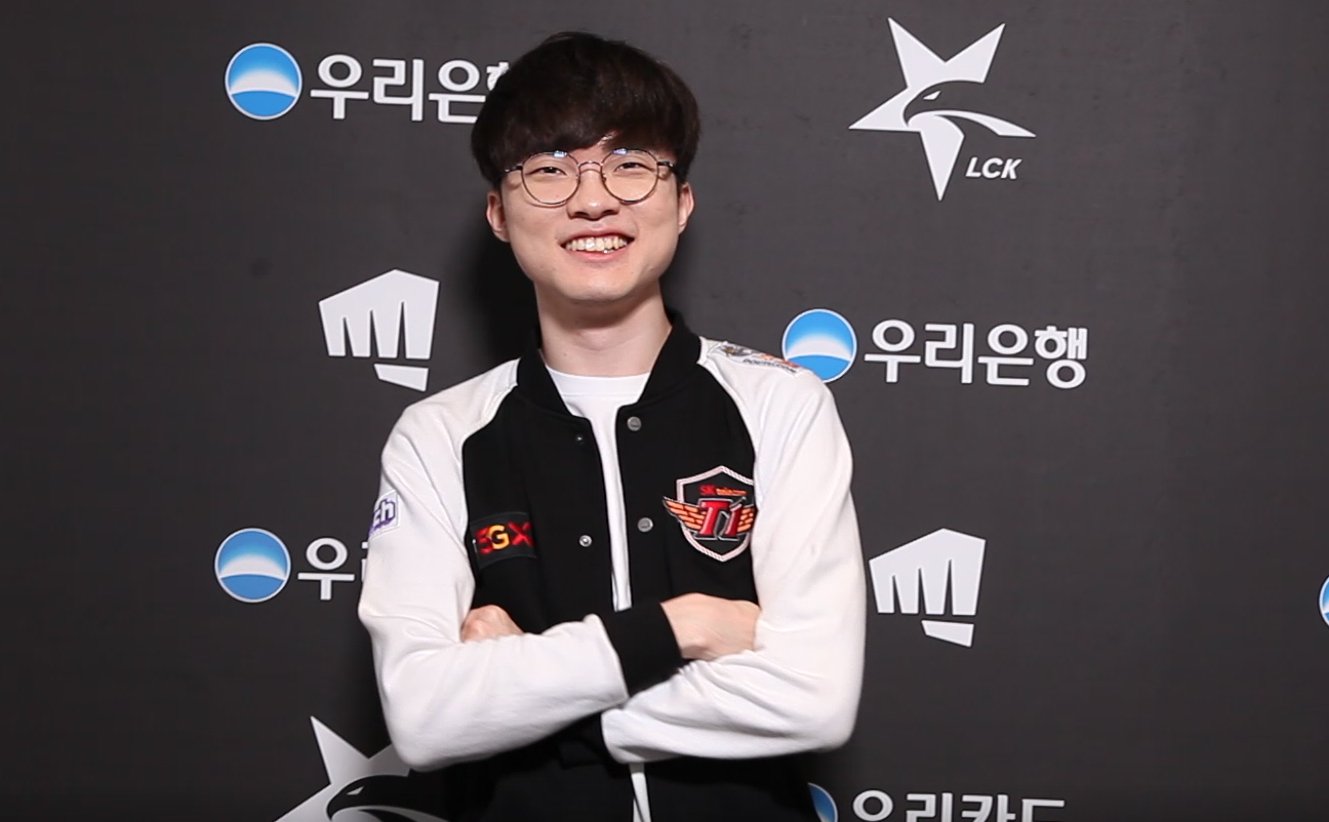 After a slow start to the 2020 LCK Summer Split, it looks like T1 have picked up the pace. T1 beat Gen.G in back-to-back games in today’s best-of-three matchup, improving to 4-2 on the season.

Losing to DragonX and Damwon Gaming earlier in the split took a toll on T1, leaving the League of Legends team in an awkward position in the standings. But today, they were back in form.

Game one was a long and arduous grind, with just three kills in the first 30 minutes. Both teams tiptoed around the map, hesitant to make the first move.

But before T1 fizzled out, everything erupted in one final teamfight around the Elder Drake. T1 engaged, cleaned up, and rushed down Gen.G’s Nexus. ADC Teddy led T1, producing a 5/0/2 scoreline on Aphelios. In fact, he was the only player in this game who had more than one kill.

In the second game of series, T1 hit their stride. They outmaneuvered Gen.G in the pick and ban phase before steamrolling them in just under 25 minutes. Legendary mid laner Faker went 6/0/9 on Twisted Fate, while Teddy also had six eliminations on Miss Fortune.

Despite the win, though, T1 have plenty of room to improve ahead of the 2020 World Championship. The Mid-Season Cup was a catastrophe for the team after losing out to China in humiliating fashion. T1 will have to dig deeper if they want to contend for the top spot in the world again.

T1 claimed another hour-long series win against Sandbox Gaming later on in a dominant fashion. The first game began with an absolute stomp in the top lane. After some swift moves, Canna outplayed Summit and won the laning phase.

With the pressure from the top lane, T1 were able to funnel resources into the bottom lane and secure the dragons. With their gold lead, they were close to unstoppable and took down two Barons. While the first one was not enough to close out the game, the second one sealed the deal and gave them the first win of the series.

The second game was much closer with SB putting up a good fight. They secured early dragons and got to Dragon Soul point, but thanks to Faker’s swift moves on his signature Azir pick, he turned the tides of battle in T1’s favor and denied SB the Dragon Soul.

With the gold acquired from that messy team fight, T1 secured Baron and pushed to end the game.