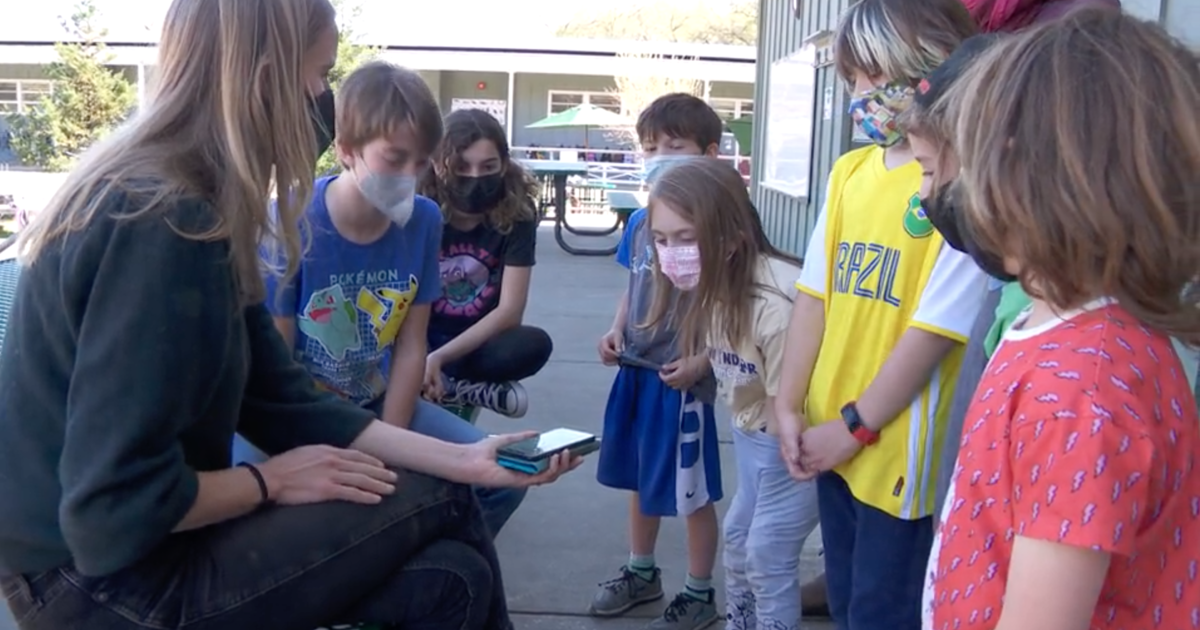 At West Side Union Grade School in Healdsburg, California, CBS News found the source for all the inspiration you’ll ever need: a hotline with kind words and advice from elementary school students. After CBS News reported on the “Peptoc” hotline in March, it received up to 60,000 calls an hour from people looking for a pick-me-up.

“If you’re feeling deflated, do what you like best,” one student said. “It reinflates you.”

The students’ unscripted motivational words were collected and cataloged for the free hotline. Whatever your worry, they’ve got a solution.

“Go get your wallet and spend it on ice cream and shoes,” one student says.

“Be grateful for yourself,” says another.

Students from West Side Union Grade School record words of encouragement for their Peptoc hotline.

The hotline is the brainchild of teachers Asherah Weiss and Jessica Martin. They thought family and friends might enjoy calling the number — but they called the overwhelming response “shocking.”

The hotline has received roughly 5 million calls to date — and counting. The kids also set up an advice booth and are now writing a book.

“It turned into a big thing,” one child said.

“It spread all around the world,” said another.

“Adults support children, but we don’t really celebrate how much they support us,” Martin said in March. “And to be able to be comforted by them gives us great hope that maybe we’re all going to be OK.”

To contact On the Road, or to send us a story idea, email us: [email protected].

Steve Hartman has been a CBS News correspondent since 1998, having served as a part-time correspondent for the previous two years.