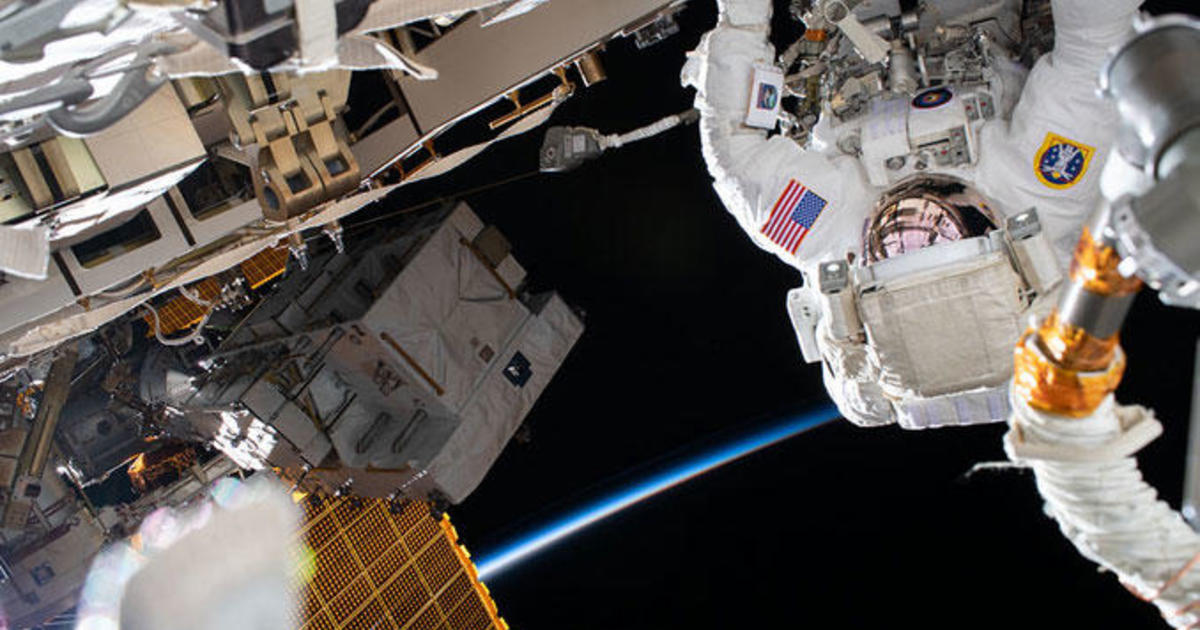 Watch a live stream of the spacewalk in the video player above beginning at about 7 a.m. EDT.

Space station commander Chris Cassidy and astronaut Robert Behnken are carrying out their fourth spacewalk in less than a month Tuesday to complete preparations for future upgrades, including the eventual installation of an airlock that will allow commercial experiments to be moved into and out of vacuum as required.

The astronauts originally planned four spacewalks to install replacement batteries in the station’s solar power system, but that work was completed ahead of schedule during three excursions on June 26, July 1 and July 16. Their fourth spacewalk was replanned as a result and now includes a variety of unrelated tasks.

Floating in the Quest airlock, Cassidy and Behnken planned to switch their spacesuits to battery power around 7:35 a.m. EDT to officially kick off a planned six-and-a-half-hour spacewalk, the 231st in station history, the seventh so far this year and the 10th for both astronauts.

Astronaut Chris Cassidy works outside the International Space Station during a July 16 spacewalk. Cassidy and Robert Behnken planned to stage their fourth spacewalk in less than a month Tuesday to wrap up a variety of upgrades.

The first item on the agenda is to install a robotics tool carrier on a rail-mounted carrier used to move the station’s robot arm from one worksite to another.

After that, Behnken will move to the lab’s right-side inboard set of solar arrays to remove one of six no-longer-needed handling fixtures. The fixtures were used during ground processing before launch and must be removed to make way for future power upgrades.

Cassidy will move farther outboard to work on a second so-called “H fixture.” An attempt to remove one of the fixtures during the crew’s third spacewalk was not successful, but engineers have developed new tools and procedures that are expected to free the bolts holding the equipment in place.

After cleaning up the worksites and collecting their tools, Cassidy and Behnken will make their way to the left side of the power truss where they plan to prepare the outer hatch of the Tranquility module — the same compartment that features the station’s multi-window cupola — for the later attachment of a commercial airlock.

The Bishop Airlock, designed by Nanoracks as a commercial venture, is scheduled for launch later this year aboard a SpaceX Dragon cargo ship. Once in place, the airlock will enable research payloads and equipment to be robotically moved into and out of the space station, exposing them to the space environment as required.

The airlock will be attached to the Tranquility module’s currently unoccupied outboard port. To make way for installation, Cassidy and Behnken plan to remove a thermal cover and protective shields, reposition a variety of cables and clean the common berthing mechanism’s attachment fittings.

Once the airlock preps are complete, Cassidy and Behnken will wrap up the day’s work by routing camera power and data cables and removing a damaged lens filter from an external camera assembly.

Assuming the spacewalk runs the full six-and-a-half hours, Behnken will move up to No. 3 on the list of most-experienced spacewalkers with more than 62 hours of EVA time 10 excursions. Cassidy’s mark will stand at nearly 56 hours, moving him up to eighth on the list.

With the spacewalk complete, the station crew will turn its attention to the launch and docking of a Russian Progress supply ship Thursday. The next major task after that will be preparations for Behnken and Douglas Hurley to return to Earth aboard the SpaceX Crew Dragon spaceship that carried them into orbit May 30.

The Crew Dragon, developed as a commercial venture, is the first piloted U.S. orbital since the final shuttle flight in 2011. Hurley and Behnken plan to undock from the station’s forward port the evening of August 1 and to splash down in the Gulf of Mexico or the Atlantic Ocean off Florida’s east coast on August 2 to close out a 64-day flight.