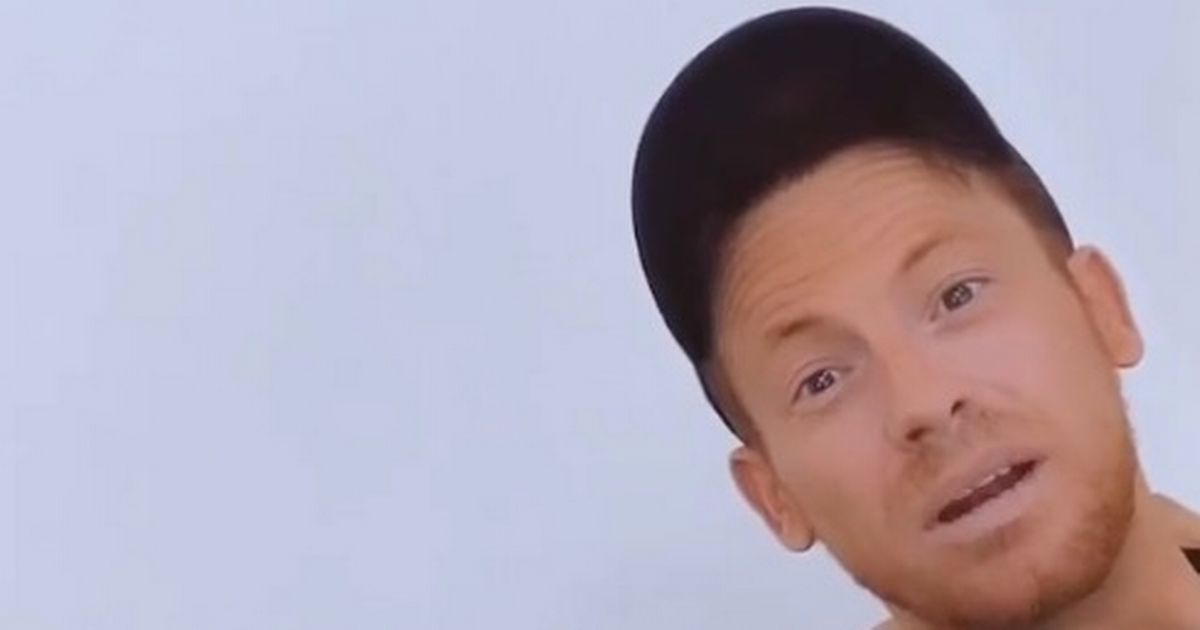 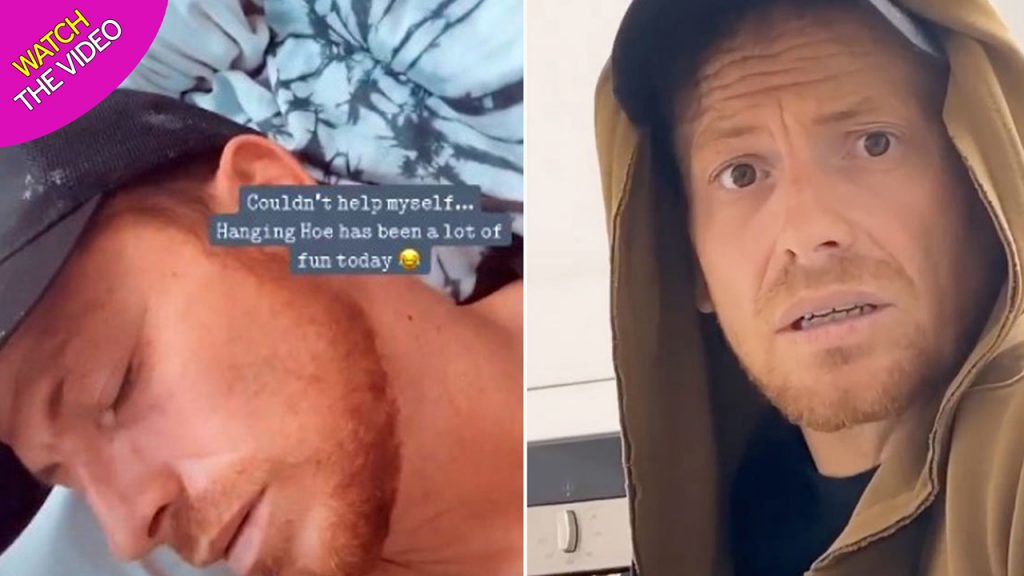 Hungover Joe Swash was given a rude awakening by his partner Stacey Solomon following his rough night in the garden shed.

The Dancing On Ice 2020 winner, 38, had been out for his sister’s birthday party when he returned home to find that his partner Stacey Solomon, 30, had accidentally locked him out.

Joe was forced to stay in their garden shed as he recovered from his night out on Sunday.

Stacey made sure to enjoy torturing Joe as he struggled all day long.

In one clip on her Instagram Story, Joe tried to catch some sleep before Stacey startled him by waking him up.

As he lay napping, Stacey said to her followers: “This has been Joe all day… hanging.”

Stacey previously explained what happened in an amusing video on her Instagram Story. 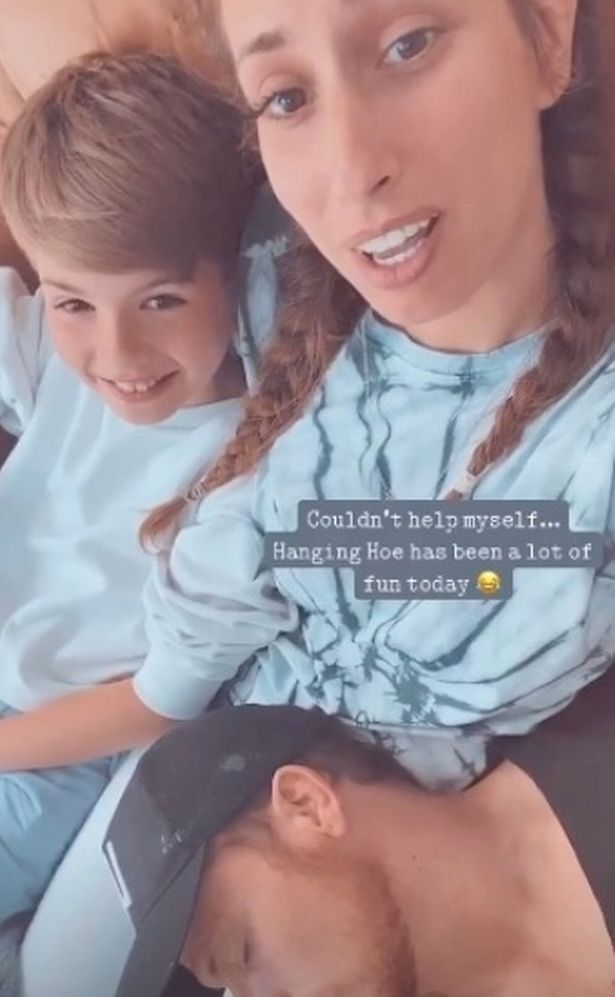 She said: “Shock of my life. Last night he went out for his sister’s 30th and I thought he’d stayed out with his friends and family at someone’s house.”

Sadly for Joe, this was not the case as he revealed in Stacey’s video.

The unamused former EastEnders star said: “No, I was in the garden.”

Continuing, Stacey detailed: “Turns out he came home and couldn’t get in the house because we were all asleep… so, he slept in the shed.” 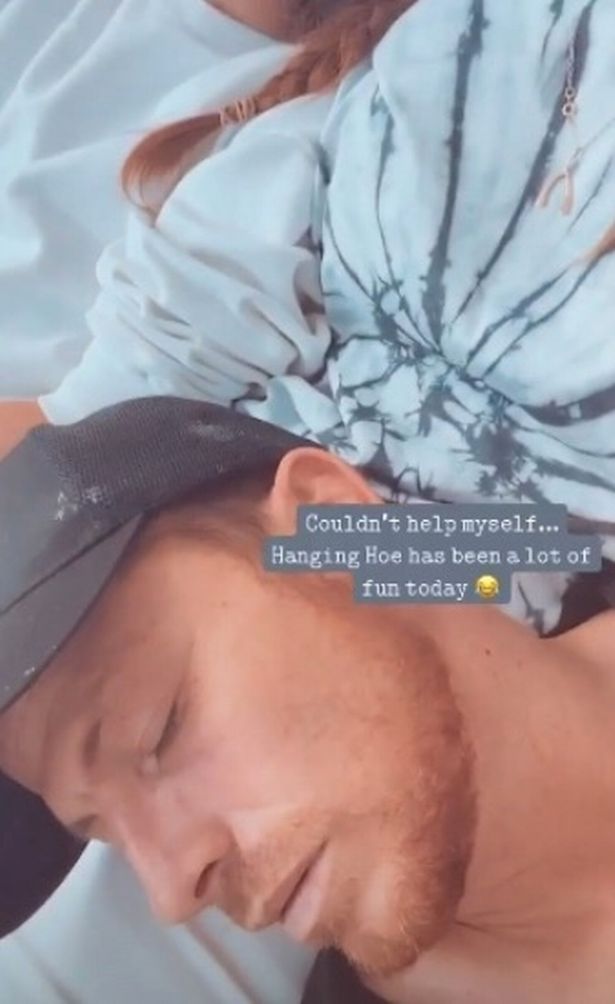 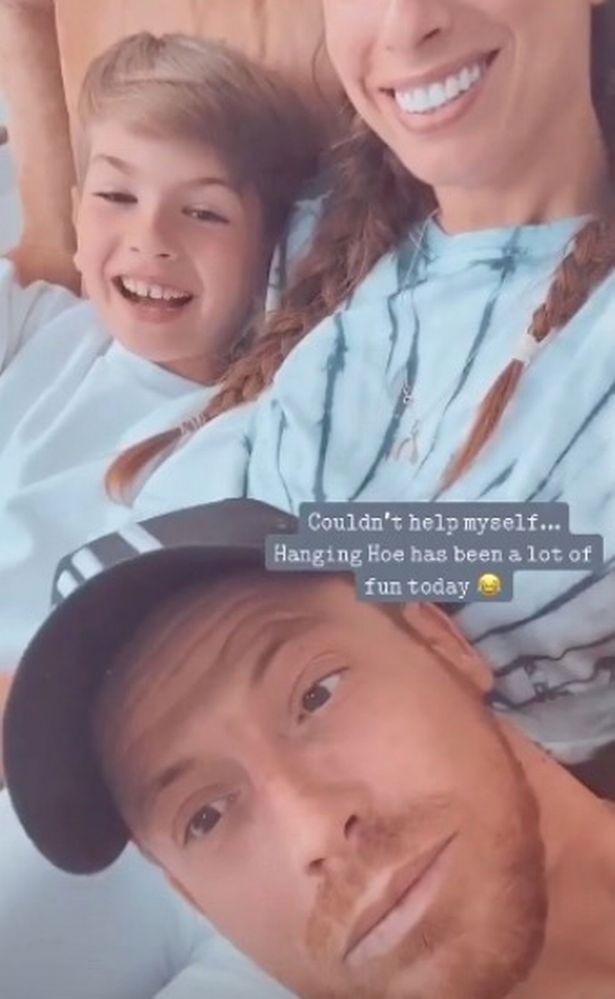 A disgruntled Joe then revealed how he was forced to satisfy his dehydration after working up a thirst.

He revealed: “And got really dehydrated at about 3 o’clock and sat in the middle of my garden drinking out of a hose.”

Joe was later seen standing in his kitchen looking rather tired and dressed in a cap. 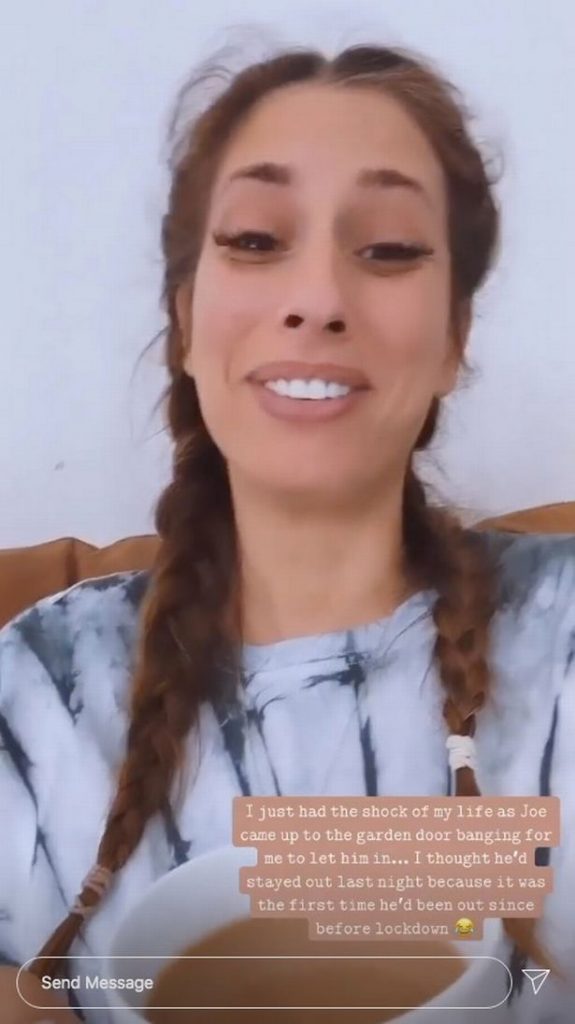 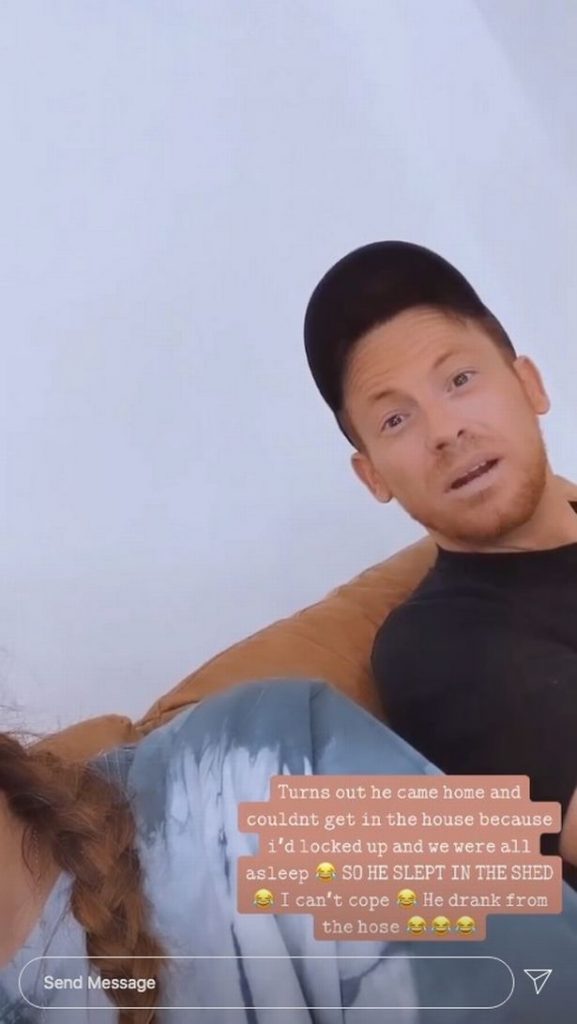 Stacey captioned the clip: “He’s so hung over and it’s bringing me joy.

“Now he’s worrying about what he could have caught from drinking from the hose.”

As a hung over Joe clearly struggled throughout the day, mum-of-three Stacey teased her beau.

After Stacey asked him if he was alright, a grumpy Joe responded: “Not really. I’d be feeling a lot better if I didn’t sleep in the shed. I know you locked me out on purpose.” 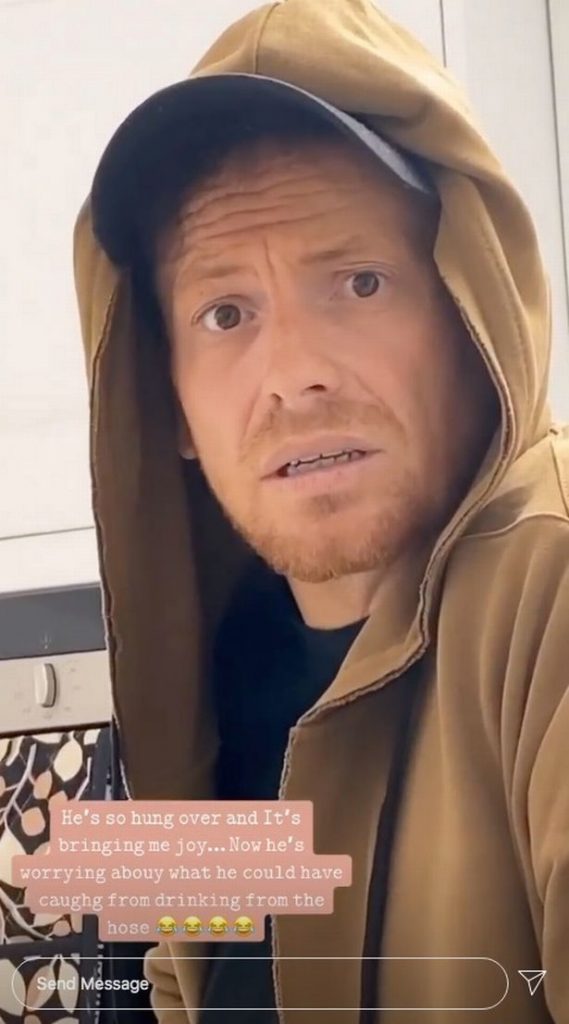 While the whole experience clearly tickled Stacey, Joe wasn’t seeing the funny side.

The pair have been in a relationship together since 2015 and have a one-year-old son together, Rex.