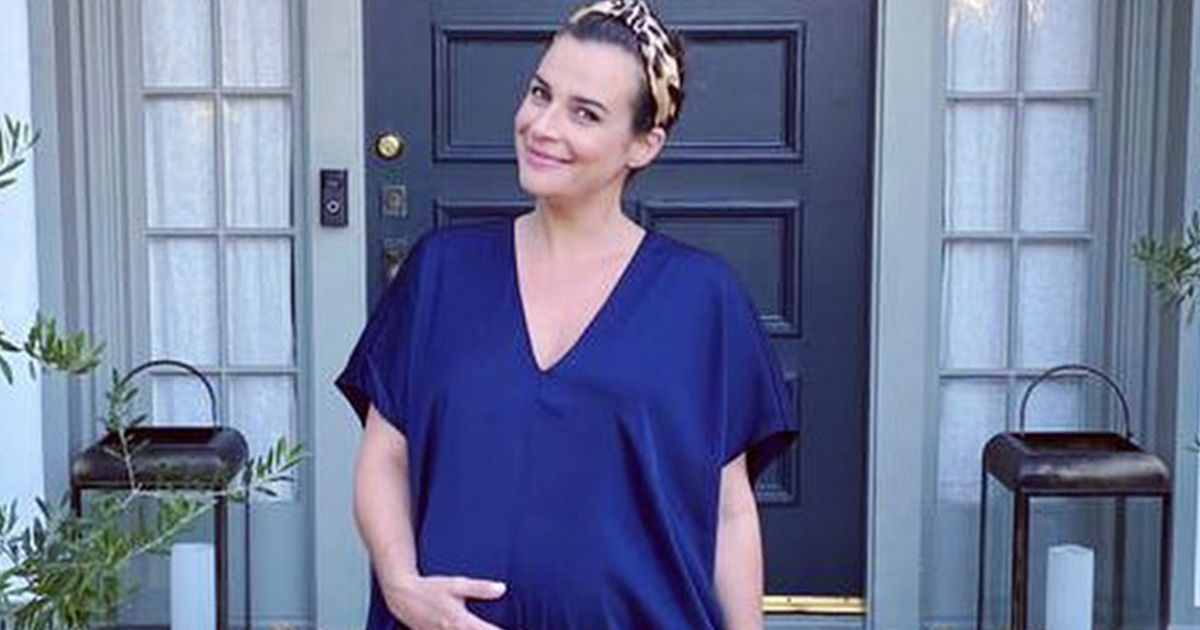 Camilla Arfwedson, who played Zosia March in Holby City, has announced the happy news she is expecting her first child with her husband Jack Hawkins as she posed with her bump 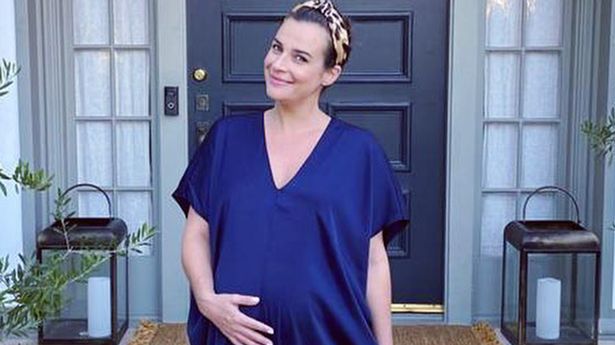 Camilla Arfwedson has announced she is pregnant and is expecting her first child with her husband Jack Hawkins.

The Holby City actress, who played Zosia March in the BBC medical soap, revealed the happy news as she posed to show off her blossoming bump in a photo shared on her Instagram page.

In the image, Camilla is wearing a long blue relaxed fit dress with short sleeves and a v-neckline.

Mum-to-be Camilla has her brunette locks tied back with a headband on and looks fresh faced as she smiles for the camera.

She accessorised her look with a woven beach bag and a pair of plimsole trainers as she stood in front of a grand doorway to pose for the picture.

Camilla Arfwedson has announced she is pregnant

As she shared the photo on her Instagram page, Camilla revealed she had two weeks to go before she was due to meet her tot.

Camilla also revealed she and her Call The Midwife husband Jamie are expecting a baby boy.

The pregnant actress explained her reason for sharing her pregnancy late on was due to her feeling the time was a private one.

Writing in the caption, Camilla shared: ” I always thought pregnancy is an incredibly private journey & have resisted sharing mine on social media but with two weeks to go til we meet our little boy I thought why not.

“Just joyful, emotional and completely wonderful in every way. So here’s to celebrating life & all the good things”.

Camilla, who also appeared in The Duchess, was met with congratulatory messages from her followers.

Camilla was treated to a surprise baby shower by her pals

Camilla gushed over the event as she shared snaps

While a fan added: “Wonderful news you two! Yay”.

“Congratulations to you both!,” another gushed while a third wrote: “So excited for you!!”

Meanwhile, on Camilla’s Instagram story the star shared photos and videos from her baby shower thrown by her pals.

One image shows herself sitting in the car alongside her husband Jack as she wrote on top: “On our way to the most beautiful surprise baby shower”.

Another image showed Camilla sat at a garden table alongside her friends as she gushed: “Loveliest most joyful thing”.

Camilla and her actor hubby Jack, who plays dentist Christopher Dockerill in Cal The Midwife, met in 2016 on the set of the hospital drama.

Jack played a patient on the show, who was treated by Camilla’s character Zosia.

After dating for three years, Camilla revealed they had tied the knot in 2019 as she told The Sun: “It’s nice to be back for a couple of months. I love it on Holby.

“I wanted to try something else. And we also got married. It was a low-key ceremony in London but it was really lovely. It was great.”

Camilla and Jack have since left the UK and live in Los Angeles after leaving Holby in 2019.

She did reprise her role for a special appearance in 2021, however.