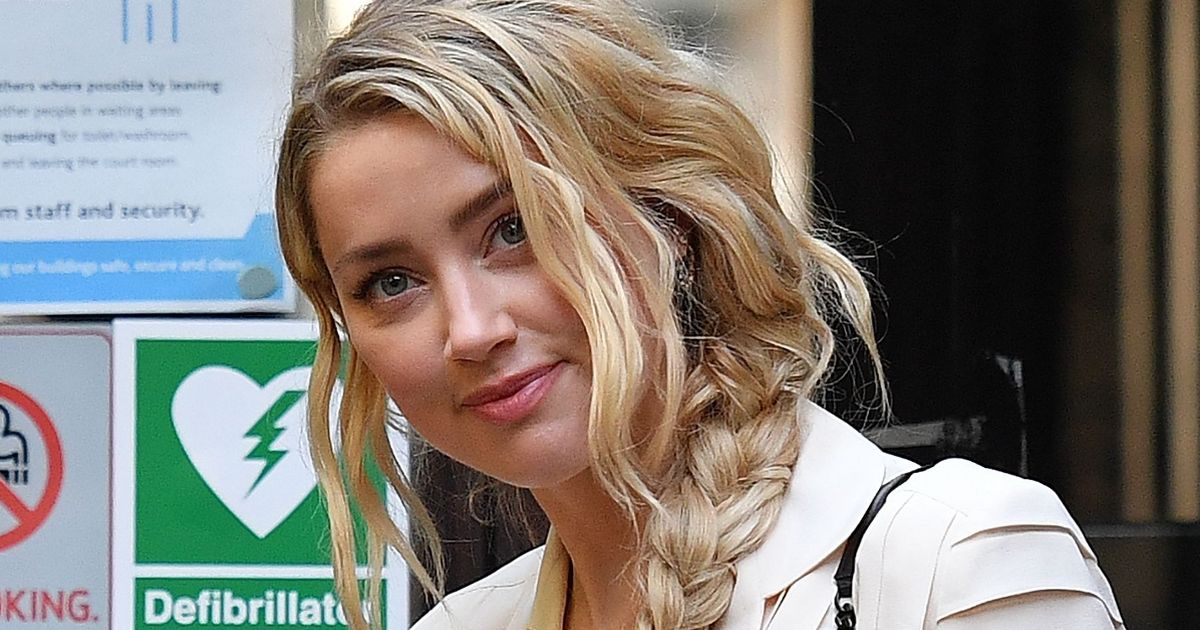 In Day 10 of Johnny Depp’s libel case, Amber Heard claimed her ex husband threatened to kill her, accused her of sleeping with famous actors and told the court of a ‘three-day hostage situation’ 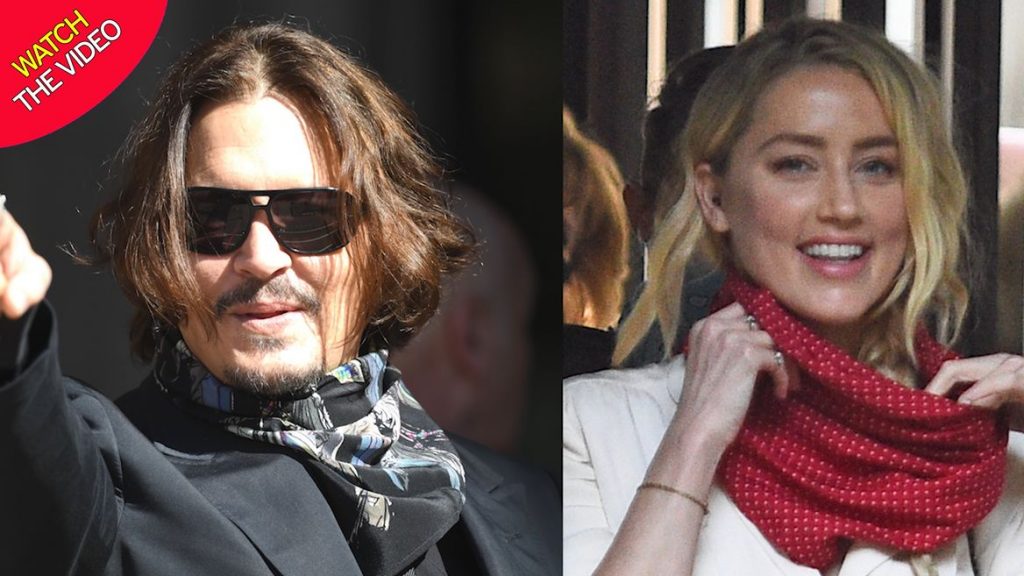 Amber Heard claims Johnny Depp tormented her, abused her and was so jealous that he accused her of sleeping with at least eight of her co-stars.

During a day of explosive evidence, Heard added he was so angry about what she wore out he said to her “I’m going to have to watch you get raped” and that he hoped a group of men would have rough sex with her.

She also said Depp had nicknames for actors he thought of as a sexual threat, such as Leonardo DiCaprio, who he called “pumpkin head”.

Heard, 34, told the High Court she had to justify to movie star Depp, 57, why she accepted film roles and that the situation was “much worse” if there were sex scenes or kissing.

In a witness statement filed as part of Depp’s libel case against The Sun over an article that referred to him as a “wife beater”, actress Heard said Depp “complained about how people can watch me ‘get f***ed on camera’.” She said: “He would insist every male actor was trying to sleep with me and/or I had an affair with them.

“He would… act as if he had information proving it – when I really hadn’t. He accused me of affairs with each of my co-stars: Eddie Redmayne, James Franco, Jim Sturgess, Kevin Costner, Liam Hemsworth, Billy Bob Thornton, Channing Tatum; even women co-stars like Kelli Garner. 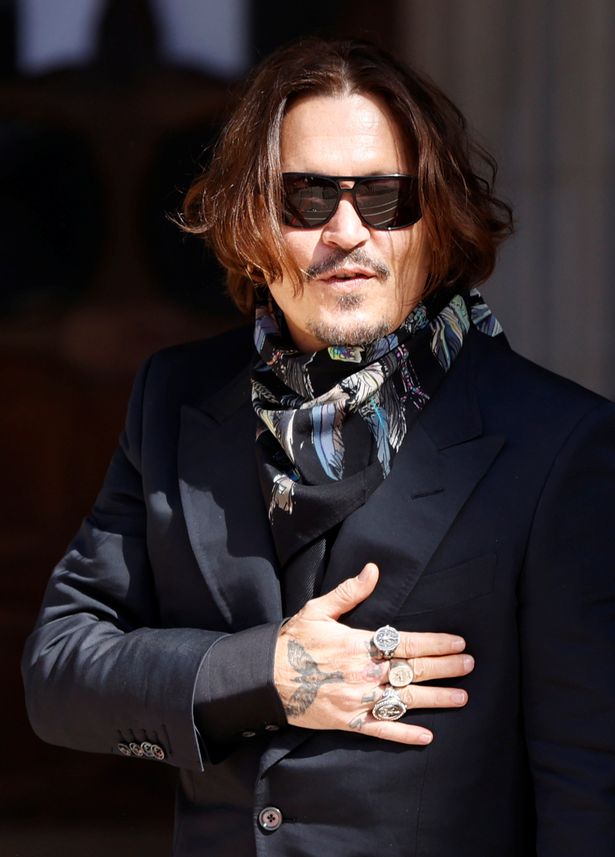 “He also accused me of having affairs with stars I auditioned with, like Leonardo DiCaprio.

“He would taunt me about it – especially when he was drunk or high – and had derogatory nicknames for every one of my male co-stars he considered a sexual threat.

Heard, who was married to fellow American star Depp from 2015 to 2017, said: “His rules got tighter every year… about what nudity or scenes were acceptable.” 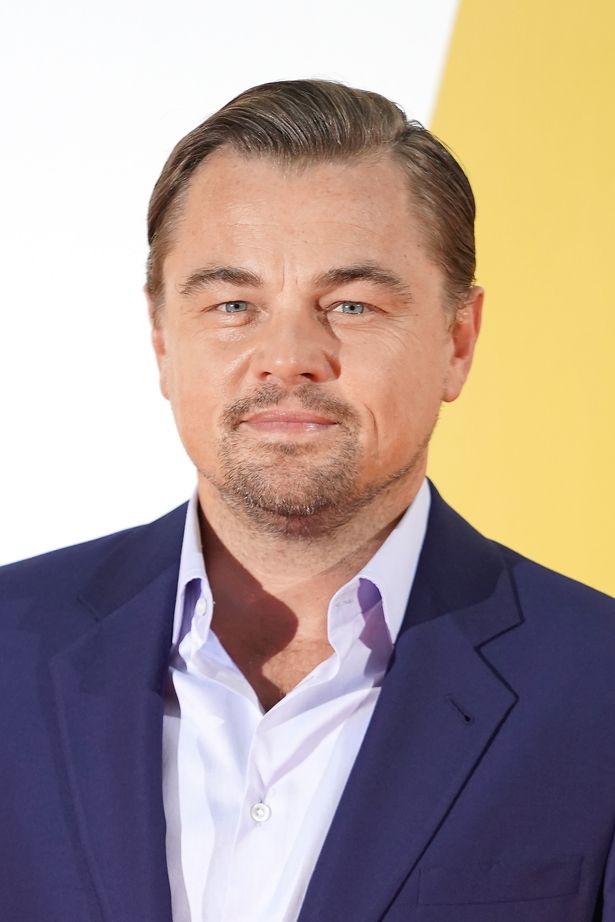 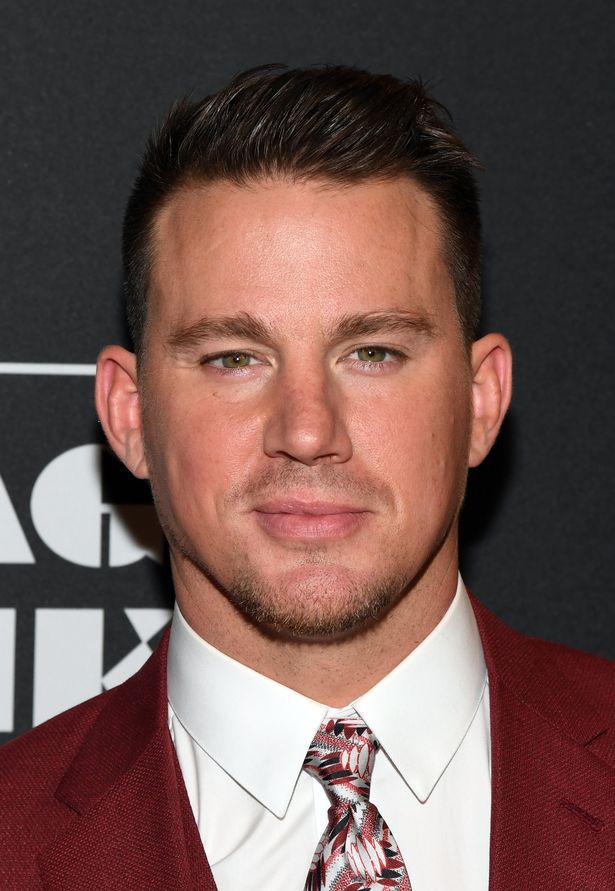 She added: “He spoke possessively of me as ‘my woman’ and made comments that he wished he had found me before I had slept with anyone else, joking he would have locked me away at 14.

“He would obsess about how I dressed. If I wore a low-cut dress, then he would say things like ‘my girl is not gonna dress like a whore’.

“Over time, I stopped wearing revealing dresses for red carpet events: it just wasn’t worth the verbal and psychological abuse. He demeaned me anytime I tried to wear anything that could be seen as sexy, calling me a ‘whore’, ‘slut’, ‘fame-hungry’.

“But it got worse over time. He started saying things like ‘well, I’m going to have to watch you get raped’ and ‘I hope you get railed by a bunch of f***ing fellas’. 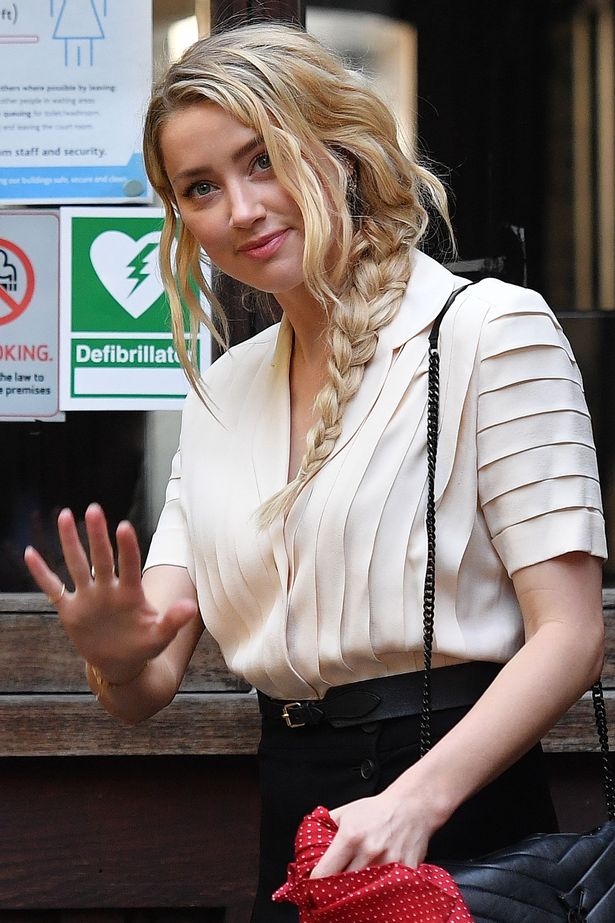 “Sometimes he used racial epithets about the men I would be – or deserved to be – assaulted by.”

Heard said on the 10th day of the case in Central London that Depp would call her “fat ass”, and that sometimes she responded by calling him “old man” or “limp d***”.

She claimed Depp took her car without asking her and told her he would get it fixed, but that once it was gone, “he insisted his drivers and handlers take me everywhere”.

Heard told the court she did not have a car for the next three-and-a-half years and that it was an attempt to “control” her. The hearing is expected to last for three weeks. 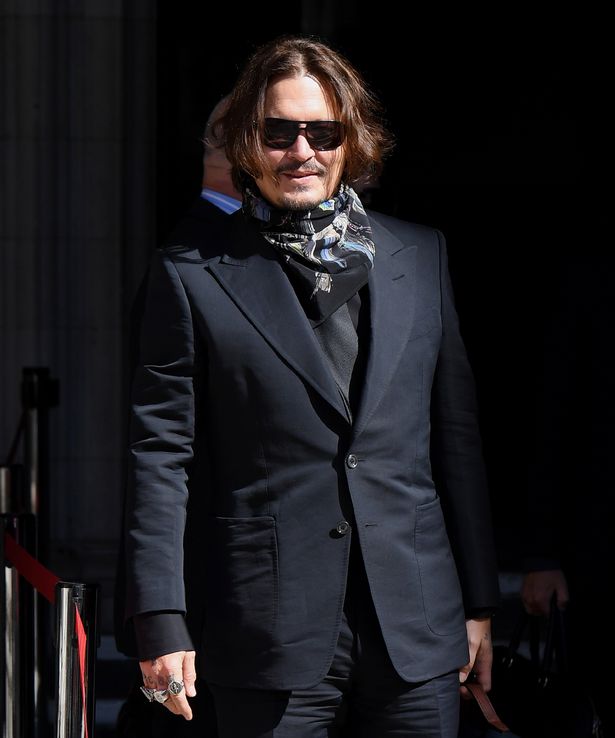 Heard described a “three-day hostage situation” where Depp allegedly went on a drug binge, attacked her, urinated in front of people and hid meat in a closet.

She said she went to visit him in Australia in March 2015 while he was filming Pirates of the Caribbean and they were due to be alone for three days.

Heard said: “I was in a remote house, at least 20 minutes from help; where I could not leave; was trapped with a violent person suffering from manic depression and a pattern of repeated, drug-induced psychosis and violence, who was on a multiple-day drug and alcohol binge.”

She claimed he grabbed her neck and ripped off her nightgown. “I remember thinking he was going to kill me,” she said. “It is the worst thing I’ve been through.”

The next day, she said she noticed his finger had been cut off. Security arrived and he urinated in front of them, she said.

‘I’m not a druggie or a gold-digger’ 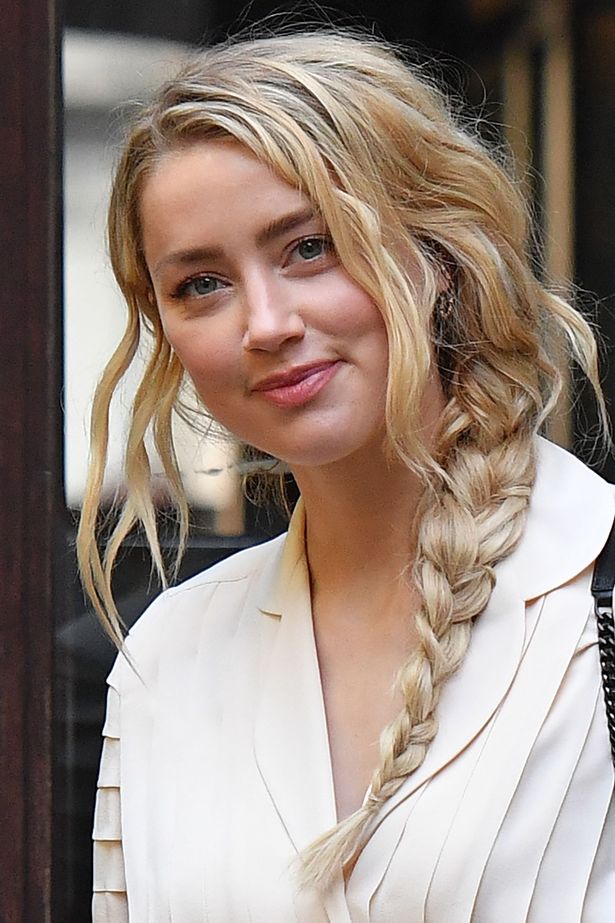 Amber hit back at claims that she only married Depp for his money and denied she was a habitual drug user.

Heard said: “During our relationship I would say that I could count the number of times I attempted to smoke marijuana on two hands. I don’t like it.

“I am not a personality that likes to be out of control. I did not take cocaine at all when I was with Johnny.

“I have taken MDMA or mushrooms a handful of times with friends.”

After her evidence, Depp’s lawyer Eleanor Laws QC said to Heard before the High Court: “Every one of those assertions by you is a lie, isn’t it?”

Heard said they were not, and maintained she had been honest about Depp’s drinking and drug use.

She wrote: “Frankly there was no need to lie, it was clear to everyone around him that he was doing drugs and drinking and he himself invited medical intervention to address it.” 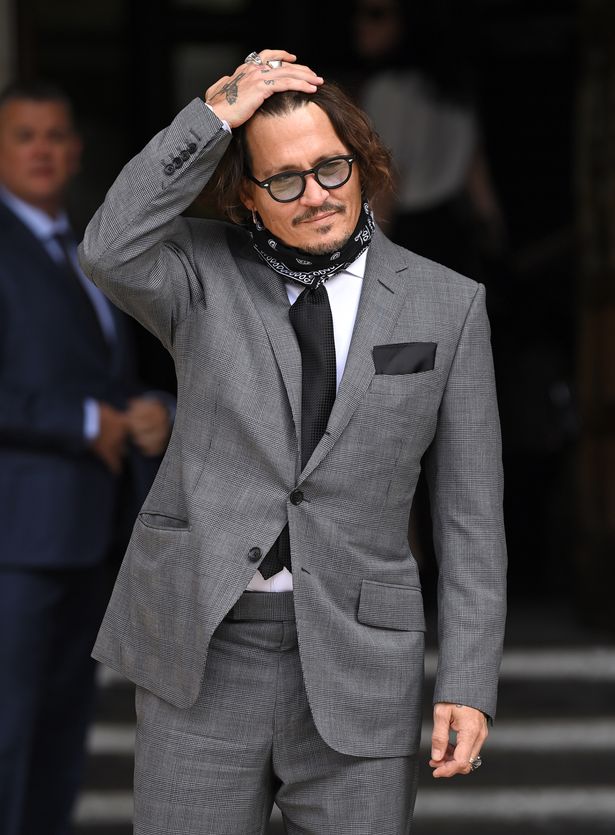 Heard claimed Depp threatened to kill her “many times” and that he blamed the threats on a “self-created third party” he called the “monster”.

In the statement, Heard accused Depp of subjecting her to verbal and physical abuse including screaming, swearing, threats, punching, kicking, head-butting and choking.

She alleged: “Some incidents were so severe that I was afraid he was going to kill me… intentionally or just by losing control and going too far. He explicitly threatened to kill me many times.”

Heard claimed Depp has a “unique ability to use his charisma to convey a certain impression of reality”.

Her statement said: “He is very good at manipulating people.”

She added: “He would blame all his actions on a self-created third party instead of himself, which he often called ‘the monster’. He would speak about it as if it was another person.” 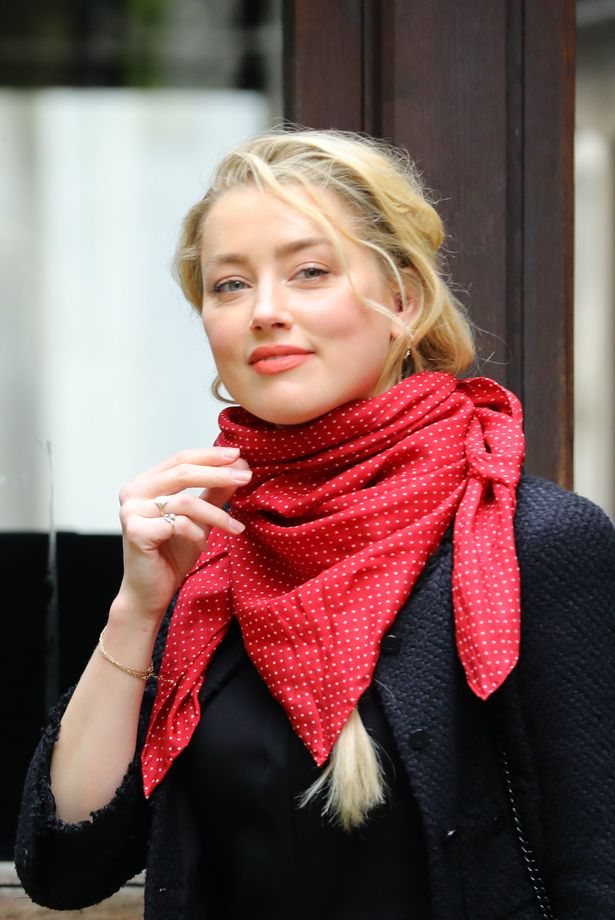 Heard said that Depp was “intensely affectionate, warm and charming”, but also had a dark side.

She said: “When Johnny puts his attention on you, with all his intensity and darkness, it is unlike anything I’ve ever experienced. He had a violent and dark way of speaking.

“The way he talked about our relationship being ‘dead or alive’ and telling me that death was the only way out of the relationship.” Heard also said Depp “lives in a state of weaponised victimhood”.

She said: “To hear him talk about his childhood or past relationships, he is always the victim. He functions off zero accountability to anyone and thrives off others who provide him with that. No one really gives him honest feedback. It is very rare to see anyone – doctors, lawyers, film executives – say no to him. I tried to, but it didn’t go down well.”

Heard also said she thought she could “fix Johnny”, adding: “I thought he could get better. I wanted that so badly right to the end.”

‘I only threw pots to escape him’ 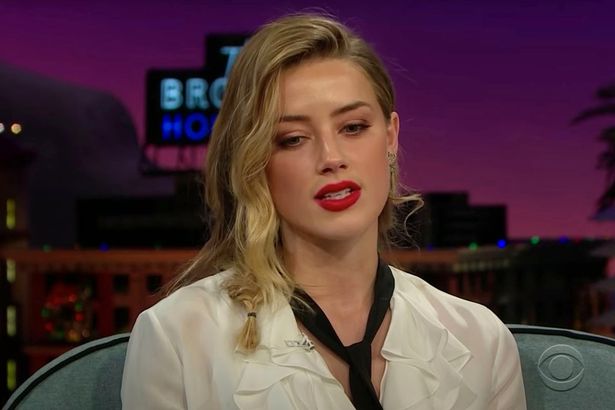 The court heard a recording of a conversation between Heard and Depp, in which Depp can be heard saying: “I’m not the one who throws pots and whatever the f*** else at me.”

Depp’s lawyer, Eleanor Laws QC, said: “You were admitting throwing things at him, but not in the context of self-defence.”

Ms Heard replied: “[It is] not what it sounds like.” She said she threw things “only to escape him”.

She added: “I’m not admitting throwing pots and pans, I’m trying to keep Johnny on track in this argument.”

Ms Laws also asked Heard if she has “a problem with controlling your temper”.

She replied that she did not. Heard added: “I did have outbursts of anger. There were times when I lost my cool with Johnny in our fights.”

She also disputed witness claims that she was the one “who would start an argument with Mr Depp”.

Read More: All of Amber Heard’s explosive allegations as she accuses Johnny Depp of abuse

« Lawmakers at odds on next coronavirus stimulus package