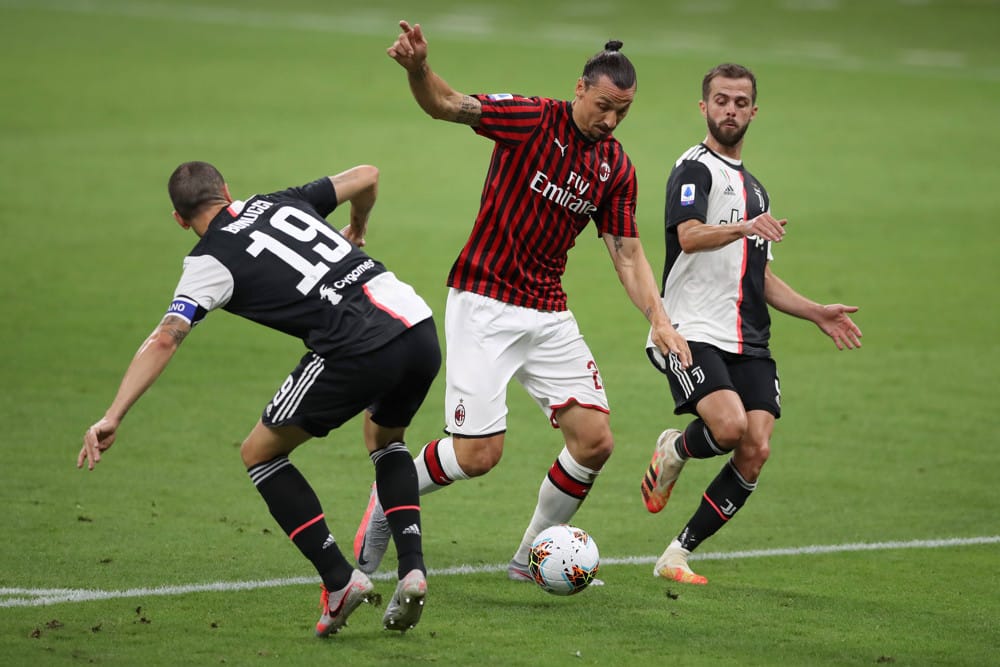 Zlatan Ibrahimovic’s Two Goals not Enough To Win, AC Milan vs. AS Roma, 3-3

Not even superb Zlatan Ibrahimovic could’ve helped his AC Milan defeat AS Roma. The closing fixture of the Italian Serie A saw a draw at the San Siro, with six goals involved, 3-3.

It was a fabulous ending of another very interesting round in the Italian national championship, with the leaders from Milan ruining their perfect record. After posting four straight triumphs at the start of the campaign, this was the first time they wouldn’t get all three points. Still, the seven-time European champions are still No.1 in the standings.

Zlatan Ibrahimovic Shines With a Brace in AC Milan’s Win Over Inter Milan, 2-1

They had the lead on three occasions in this game, but the guests from the Italian capital came back each time.

Zlatan Ibrahimovic scored the first of his two goals after two minutes of play, once he used Mirante’s hesitation. Roma’s goalkeeper didn’t rush out properly, which left enough time for Zlatan to place the ball behind his back and draw the first blood.

After 14 minutes of play, Roma leveled the score, with Edin Dzeko routinely heading the ball into the empty net, following a corner kick. Milan’s backup goalkeeper Tatarusanu missed the ball, which fell directly on Dzeko’s head.

Until halftime, there weren’t any more goals, but four more came in the second half. Alexis Saelemaekers netted two minutes into the same, to give a 2-1 lead to Milan, but Veretout equalized once again in the 71st minute, from a penalty.

Ibrahimovic added his second also from the penalty spot, ten minutes before the end, and Kumbulla froze all the Rossoneri fans in the 84th minute. The Albanian added the third one for Il Lupi, setting the final result. Even though hosts tried to reach another score, there was no time, and Stefano Pioli’s crew had to accept one point from tonight’s contest. Despite the fact that they didn’t win, Ibrahimovic and the boys once again showed excellent performance, and are playing the best football in Italy at the moment.

After five rounds, Milan has 13 points, with Napoli and Sassuolo sitting second and third one step behind. Inter is fourth with 10, ahead Juvem Atalanta, and Sampdoria with 9. Verona and Roma have 8 points each.

Up next, Milan hosts Sparta Prague in the second round of the Europa League this Thursday. Roma faces CSKA Sofia in the same competition on the same day. After the international obligations, Roma hosts Fiorentina next weekend. Rossoneri travel north, to meet Udinese.