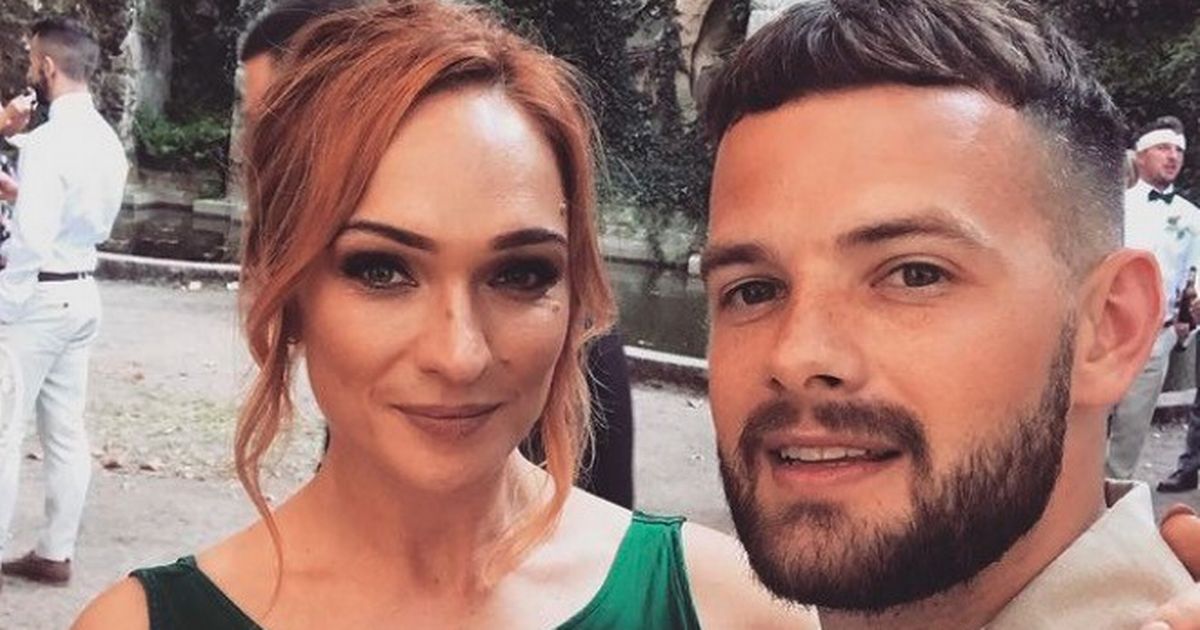 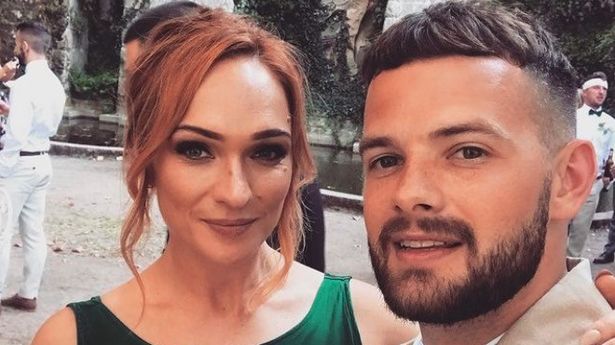 Former X Factor star Tom Mann was enjoying the best year of his life before the tragic loss of his fiancée on their wedding day.

The 28-year old, who performed with his band Stereo Kicks on the 2014 series of the hit ITV show, was left devastated after his partner Danielle passed away suddenly on Saturday.

Speaking on Instagram on Monday the singer revealed his heartbreak that the pair ‘never made it to the alter; or got to say our vows, or dance our first dance’.

The couple became parents for the first time as recently as October and sharing the news of their son’s birth at the time, Tom wrote: I’ve never known a love like it – you are already my everything Bowie.

Tom and Dani became parents for the first time in October

” @danihampson I am so indescribably proud of your strength and the way you handled whatever was thrown your way. You really are incredible. A special thank you to all the midwives and doctors at St George’s for all their amazing work.”

In December, meanwhile, Tom spoke of his pride that the single ‘You’ he co-wrote for DJ Regard, Troye Sivan and Tate McRae had received Gold status in the US charts.

And earlier this year he earned a BMI Pop Award in recognition for his songwriting ability, having also previously penned hits for the likes of Rita Ora, Lewis Capaldi, Becky Hill and Tom Grennan.

“A real life dream!” he declared in May. “Thank you @bmi it really is an honour. S/o (shout out) to everyone who worked on this song and helped make it what it is! One of the most performed songs on US radio last year. Mind fully blown. Can’t believe it.”

However, tragedy struck at the weekend.

The singer wrote: “I can’t believe I am writing these words but my darling Dani – my best friend, my everything and more, the love of my life – passed away in the early hours of Saturday morning, 18th June.

“I feel like I have cried an ocean. We never made it to the alter; or got to say our vows, or dance our first dance, but I know you know that you were my entire world and the best thing that has ever happened to me, Danielle.”

Danielle gave birth to the couple’s son, Bowie, in October

He continued: “I will wear this ring that I was always supposed to wear as a sign of my unconditional love to you.”

On raising their son, he added: “I am completely broken trying to process this and I honestly don’t know where to go from here, but I do know I need to use any strength I can muster for our little boy.

“I will not be a mark on the parent that you had already become but I promise I will do my everything to raise Bowie just the way we always wanted. I promise you he will know how amazing his mummy was. I promise to make you so so proud.”

Beyonce to drop new song, "Break My Soul," at midnight »