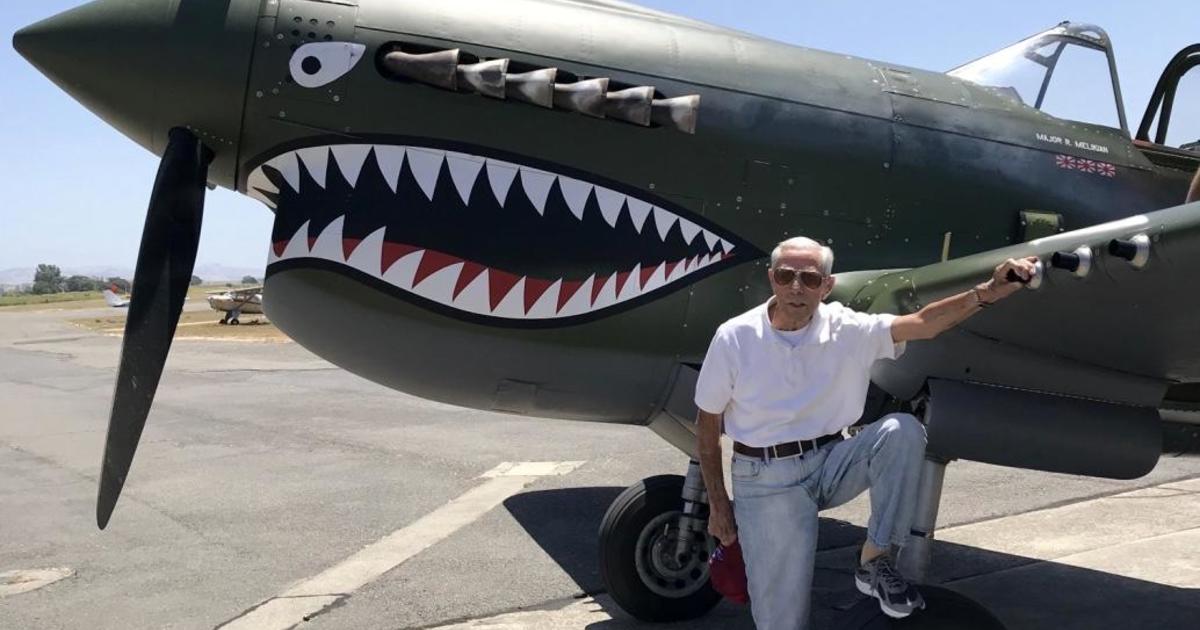 WWII fighter pilot takes to the skies on 100th birthday

World War II pilot Harry Moyer says there’s no better place to be on Veterans Day than in the sky. “I don’t want to say it’s ethereal, but it’s very moving to me,” Moyer said.

Moyer still flies every week, including on the day he turned 100 years old in October. He may be the oldest active pilot in the world. His family submitted a video to the folks at Guinness World Records as proof — not that Moyer much cares about the record.

Harry Moyer poses for a photo.

“I think it would probably be a little bit more for my family rather than for me,” he said. “Maybe they want to say ‘Grandpa did this’ or something like that.”

Moyer started flying in 1942 with the Army Air Corps and served as a combat pilot throughout the war, including a stint with the famed Flying Tigers that defended China from the Japanese.

“A kid out of Akron, Ohio, and you’re flown down to Brazil and across the Atlantic and North Africa. Oh, my God, almighty. Yeah, it was pretty amazing,” he explained.

We think it’s amazing he’s still flying but he doesn’t. He said life is about doing what you love and taking risks.

Moyer said it’s always great to thank veterans for their service, but he urges everyone to go a step beyond and donate money to charities that benefit veterans.

Harry Moyer is seen in an undated photo.