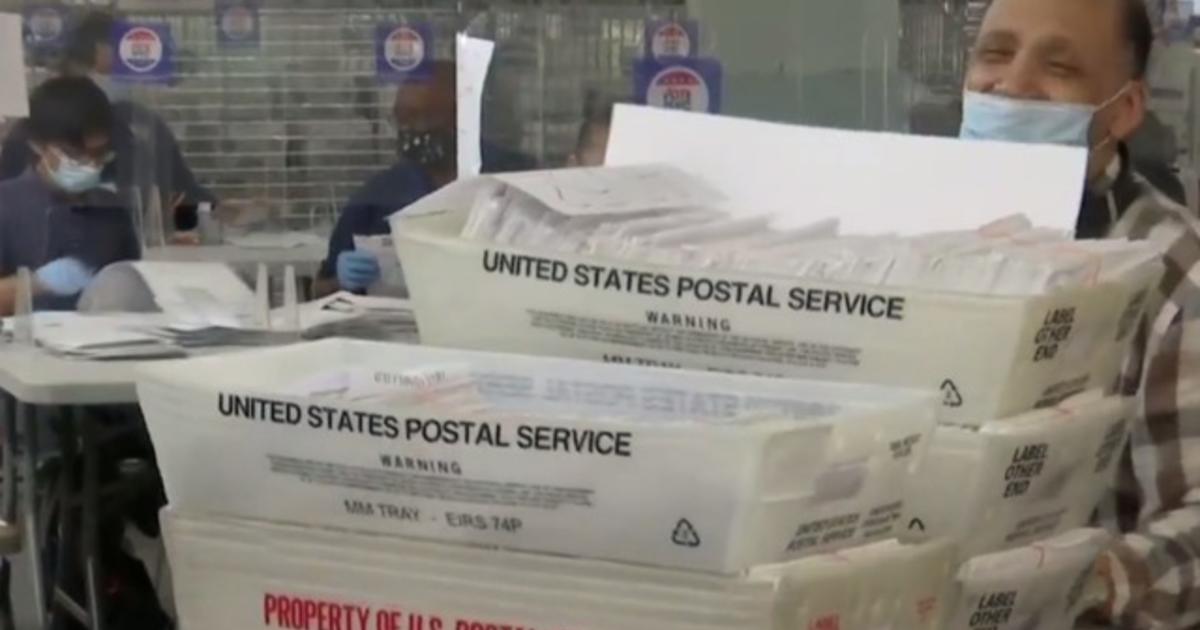 When New York City voters cast primary ballots in June, few expected there would be no declared winner in some races one month later.

President Donald Trump cried fraud without evidence. “I think you should redo that election,” he said.

It has taken election officials some time to do the counting. About 40% of New York State’s primary ballots arrived by mail, a nearly 11-fold increase over pre-pandemic levels.

Now, New York and other states are scrambling to scale up mail-in voting. More ballots by mail means results could be slower and that means voters will need to be patient.

“Absentee ballots or mail-in ballots tend to be more labor intensive because you have to check the signature on the envelope to match it against the voter registration record. You need to open the envelopes, separate out the security envelope, then remove the voter’s ballot,” said Kim Wyman, Washington’s Republican secretary of state.

“We want accuracy above everything. So it’s going to take time,” Wyman said.

Waiting for the results may be the hardest part, but this year it won’t mean something’s gone wrong necessarily.

“We may not have official results for quite some time,” said Chris Krebs, who oversees election cyber security at the Department of Homeland Security. “Certain states might not get called for some time. And that’s OK. … Be prepared, be patient and most importantly, participate in the process.”

Colorado is an all vote-by-mail state where Democrat Jena Griswold is the secretary of state.

“It does take a little longer to process mail ballots, and by the way, they’re more secure than a lot of other forms of voting,” Griswold said.

One thing Colorado does to speed things up is process mail-in ballots before Election Day. No results are reported until that night, but Griswold says there are other advantages.

“It increases security because Russia cannot hack a mail ballot, and it’s the best way to vote and social distance,” she said.

Michigan, Wisconsin and Pennsylvania are all expecting large increases in mail-in voting this year, and all three were pivotal to deciding the outcome in 2016. But none allows for early processing of mail-in ballots.

“The other states have already figured this out. So I’m hopeful we’ll be able to do so come November,” said Jocelyn Benson, Michigan’s Democratic secretary of state.

She has sparred with the GOP-controlled legislature on this issue.

“If the legislature fails to act, citizens not just in Michigan but around the country need to know exactly why it will take a little bit longer, perhaps even a few days longer, to get the full results out of Michigan,” she said.

Wyman said the job of the secretaries of state is to “inspire confidence.”

So the question on everyone’s mind is, when will we know who won the election? Wyman said if it’s close, it could be mid-to-late November.