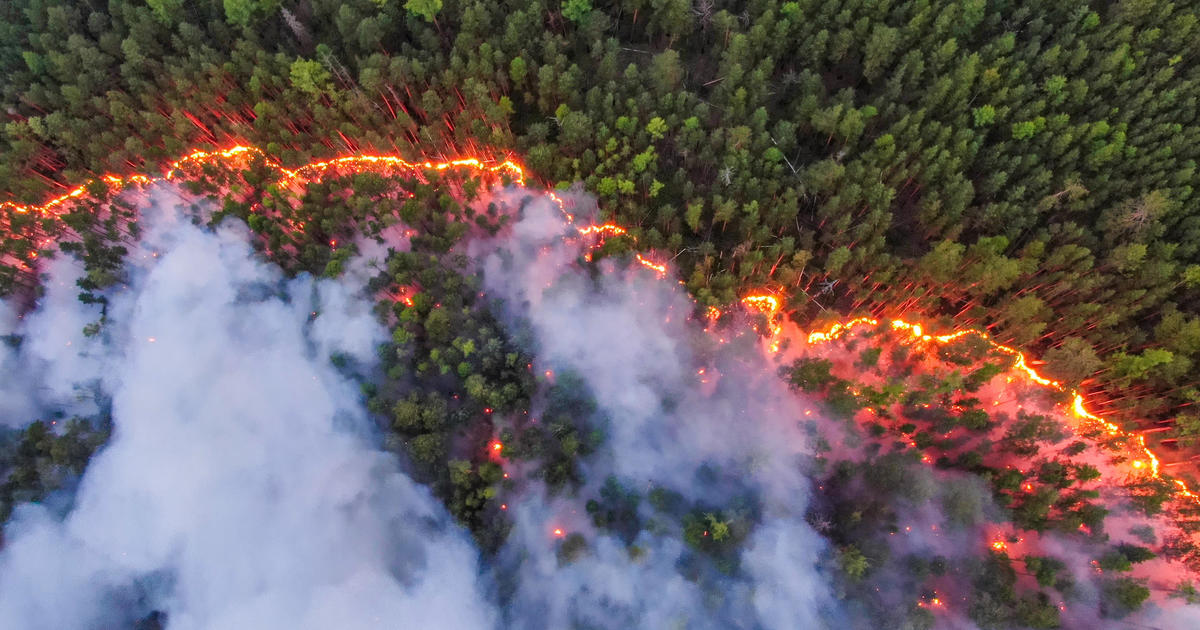 Wildfires in Siberia have burned down an area larger than Greece

Wildfires in Russia have so far burned down an area larger than the size of Greece, according to Greenpeace Russia. On Monday, the environmental organization criticized government officials for their inaction in the region amid record heat waves.

Using satellite data, Greenpeace Russia reported an estimated 19 million hectares, about 47 million acres, of forests, steppes and fields have burned across Siberia since January. About 10 million hectares of these territories suffered forest fires.

The fires have become an annual occurrence, but record-breaking heat last month has intensified the damage. Greenpeace Russia said authorities have not done enough to improve conditions.

“It’s another year that Russian authorities have failed to stop these fires risking local communities and contributing to climate change,” the organization said Monday.

The Greenpeace Russia team has documented forest fires in the Krasnoyarsk region.

While most of the fires occur in remote areas, Greenpeace said harmful smoke has spread to larger cities, as well as many small towns and villages. This smoke is negatively affecting air quality in the region, which could exacerbate the symptoms of COVID-19 and other respiratory diseases.

“Russia’s sprawling Siberia region became a climate hotspot, heating up much faster than the rest of the planet. This summer has already brought extreme heat waves, oil spills caused by thawing permafrost, and raging forest fires – what next before we finally act on climate?” said Greenpeace Russia Wildfire Unit Head Grigory Kuksin. “Russian authorities must work fast to stop cities being filled with toxic smoke haze. It’s to stop economic cutbacks on forest protection and support national forestry to protect our health and our climate.”

Activists said that some of the forest fires are the result of lightning, but many were started by campfires on river banks. Another cause is purposeful large-scale burnings that get out of hand.

According to the country’s Federal Forestry Agency, an emergency team was sent in to battle the fires in eight territories on Tuesday. Fire safety teams have also been introduced in 55 other regions in an attempt to contain the fires.

The agency said that 797 forest fires were extinguished in 43 regions of Russia just in the last week, covering more than 63,000 hectares, about 156,000 acres. It confirmed that humans and storms are the two main causes of the fires.

The Greenpeace Russia team has documented forest fires in the Krasnoyarsk region.

“Having been an atmospheric scientist for decades, not much surprises me. But the unprecedented Siberian heatwave which led to these fires, and more broadly the blazing pace of change in the Arctic, is shocking,” said CBS News meteorologist and climate specialist Jeff Berardelli. “While it may seem remote to most people, it is one of the most alarming canaries in a coal mine, alerting us that humans are now a powerful force of nature. The extreme weather and ecological impacts in Siberia this year vividly illustrate we have a very limited time to act to avoid the worst impacts of human-caused climate change.”

In June, the small Siberian town of Verkhoyansk soared to 100.4 degrees Fahrenheit, breaking an all-time record for the Arctic and alarming meteorologists worldwide. Verkhoyansk is typically one of the coldest spots on Earth.

Last week, researchers revealed that such a large-scale, prolonged heat wave would have been “essentially impossible” without human-caused climate change.

“We are now seeing events far outside of what our societies are adapted to,” said study co-author Dr. Friederike Otto. “Climate change is here now, it is not only a problem for someone else, somewhere else, but heat waves are threatening lives and livelihoods everywhere.”

Read More: Wildfires in Siberia have burned down an area larger than Greece

« CEO speaks out on racial inequality in corporate America