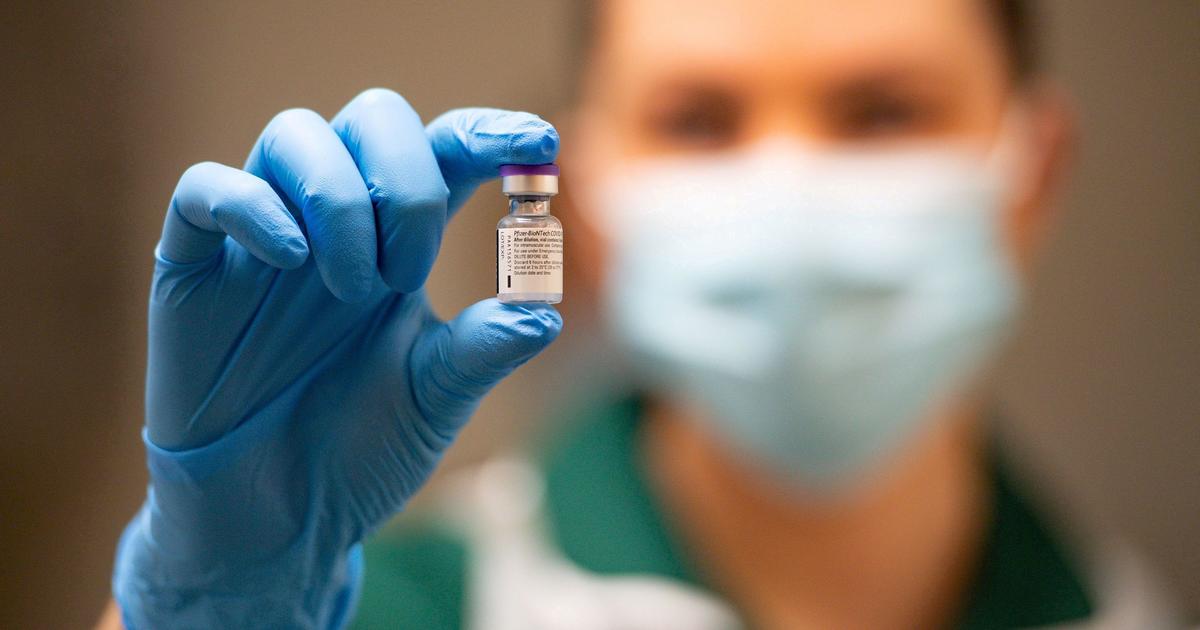 After striking deals with the federal government, pharmacies like CVS and Walgreens will help administer the coronavirus vaccine — first to health care workers, long-term care residents and staff, and eventually to the general public. Walmart and Sam’s Club are also preparing their pharmacies for the rollout.

There are discrepancies, however, about when the first dose will be given to nursing home residents, who are some of the most vulnerable to the virus.

On CBS News’ “Face the Nation” Sunday, Health and Human Services Secretary Alex Azar said as soon as the vaccines are received, as early as this week, they can be administered.

Azar: All nursing home residents could get va…

But CBS News obtained two documents from Operation Warp Speed, the federal government’s vaccine program. They make it clear vaccines can only be administered after “December 21st,” which is a week away.

“It’s a very costly delay, there are 50,000 new infections in nursing homes every week right now, probably more than that,” Gottlieb said.

More than 76,000 residents in long-term care facilities have died from COVID-19, and nearly 1,200 staff members.

Dr. Richard Feifer is the head of Genesis, one of the largest U.S. nursing home operators.

Genesis is working with CVS to get nursing home residents and staff at its more than 300 facilities vaccinated.

“We trust that the vaccine supplies are getting out extraordinarily quickly,” Feifer said.

Moncef Slaoui, the chief adviser to Operation Warp Speed, told “CBS This Morning” on Monday that his team is as confident as they can be that the vaccine will get to people who need it.

“We have rehearsed, tested, did mock deliveries, every single step of the process in order to make sure that we understand how it’s working,” Slaoui said. “We also have made sure, for instance, that the first 2.9 million doses of vaccines are being distributed over three days in order to make sure that if there are any adjustments we can make, we have an opportunity to make them. And of course, you know, the unknown and unpredictable may happen, but we are prepared to deal with it as quickly as we detect it. “

His biggest concerns about the vaccine rollout centered on keeping doses cold as well as gaining public trust.

“I think the biggest concern is accidental loss of temperature control in a cold chain based– particularly with the Pfizer vaccine,” Slaoui said. “Regarding the operation, frankly, my biggest concern is the level of hesitancy in the country. I really hope we are going to be able to change that.”

“We have a special label, this has a Bluetooth-enabled radio inside,” Wheeler told “CBS This Morning’s” Tony Dokoupil. “Every shipment of every vaccine that came from Pfizer will have one of these labels on that box. It gives us visibility inside all of our facilities in the country. On top of that, we’re monitoring GPS locations… so imagine that during the Christmas season we have a lot of packages, 25 million per day on average. Of course, the vaccines are flowing through the same network but we’re giving them priority.”

While some might see the use of CVS and Walgreens to roll the vaccine out as fast and efficient, at least one doctor is cautioning it could lead to problems.

“I guarantee you it will lead to bumps down the road,” said Dr. Michael Wasserman, the immediate past president of the California Association of Long Term Care Medicine.

“The federal government sort of handing the distribution of these vaccines to CVS and Walgreens was not well thought out,” Wasserman said. “And we are anticipating a lot of chaos in the process.”

Last week, Los Angeles County pulled out of the federal vaccine program, instructing nursing facilities to take over their own vaccine administration, a move Wasserman encouraged.

“This really needs to be coordinated at the facility level,” Wasserman said.

For those wondering when they will be able to get the vaccine, this first wave is just focusing on frontline health care workers and nursing homes. For those not in those categories, it will likely still be a few months.