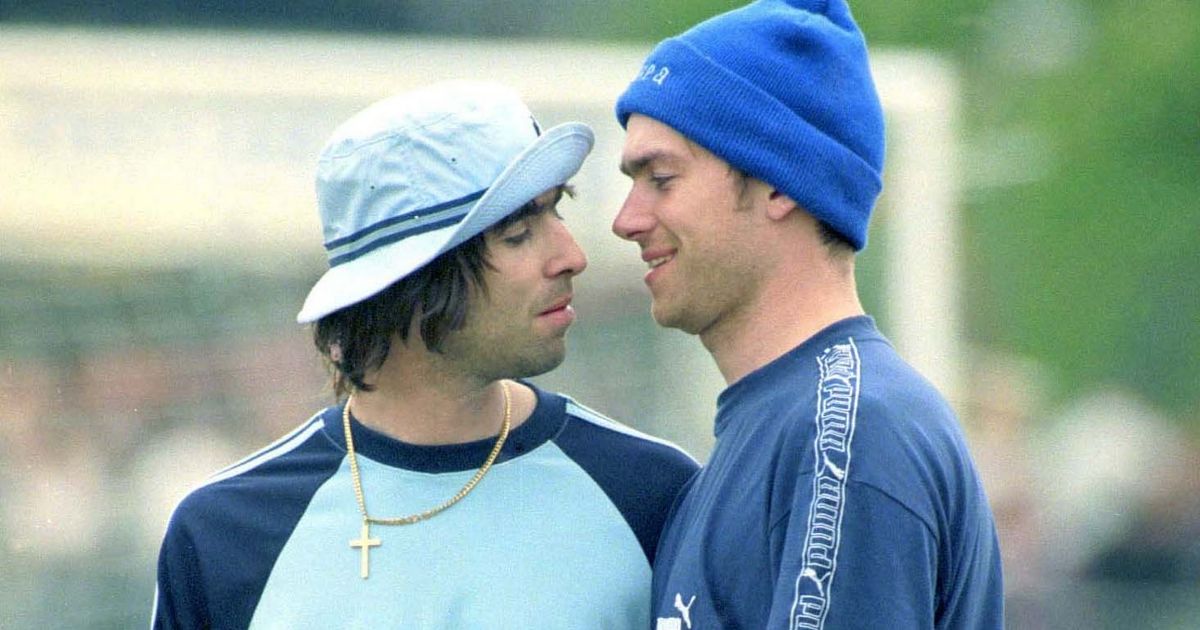 For decades fans thought Oasis and Blur simply feuded over chart positions, but it turns out there may have been a much more to the beef… 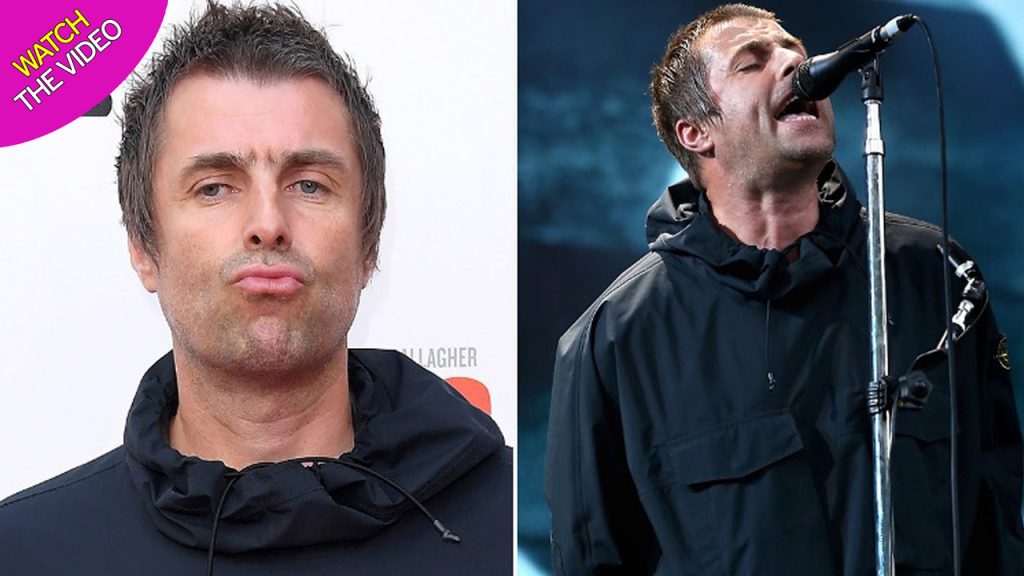 August 14, 1995, was a day of reckoning for all self-respecting Britpop fans.

There was to be no sitting on the fence – you were either team Blur or team Oasis – and your purchase at the CD counter was a vote against the enemy.

The Battle of Britpop, as it was dubbed, saw Oasis go head-to-head with Blur for the number one spot when they released their respective singles, Roll With It and Country House at the exact same time, 25 years ago today.

After a bloodless dogfight and weeks of all-out war, it was Blur who won the number one slot with 270,000 sales to Oasis’ 220,000 in what was the charts’ biggest selling week for a decade. 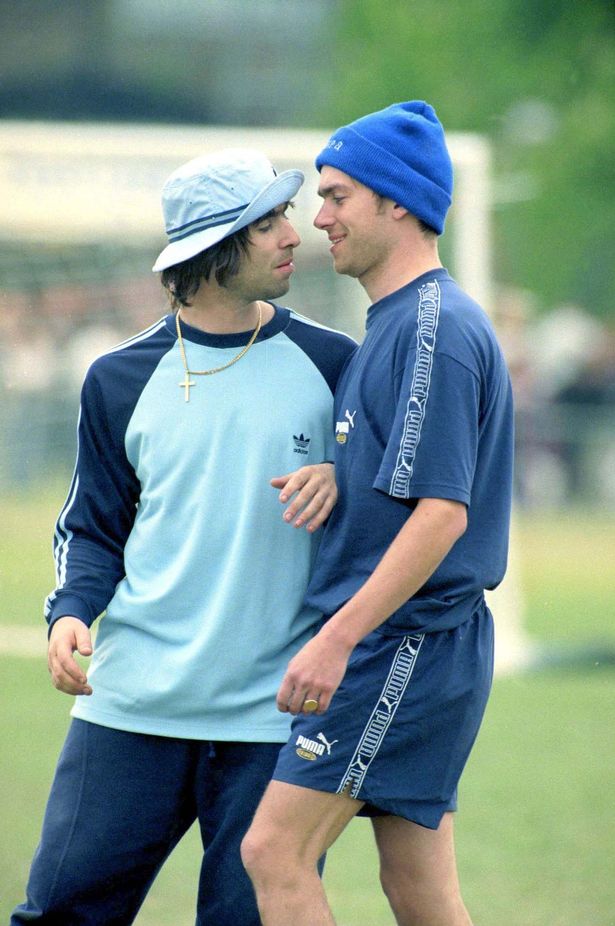 But the saga was never supposed to play out that way. Indeed, when Oasis first arrived on the scene with their 1994 album Definitely Maybe, Blur were impressed and championed the newcomers.

That swiftly came to an end though when Damon went to Oasis’ party to celebrate Some Might Say reaching number one, only to be met with taunts from Liam over their success and reported slurs about his girlfriend, Elastica star Justine Frischmann.

Alan McGee, then boss at Oasis’ label Creation, told NME that was the moment competitive Damon started to see the Mancunian rockers as the enemy – although his hatred reportedly never ran as deep as that of the Gallagher brothers.

He said: “Damon got on one about it and decided to take Oasis on. Oasis, being Oasis, decided to hate them. And Blur, being Blur, thought it was a game, but Oasis actually f**king hated them at the time! To be fair, I think he was quite unaware that Oasis were so serious about it.” 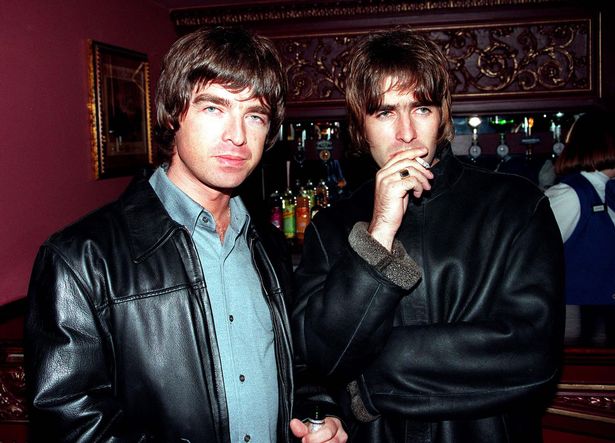 Things ramped up a gear when the two groups came face-to-face at the NME Awards, where Liam allegedly started hurling abuse at Alex James, prompting Blur’s Graham Coxon to wade in.

Steve Sutherland, NME editor, previously recalled: “Liam had a go at [Alex] and called him all sorts of parts of the female anatomy. And Graham, bless him, who was very drunk, walked up and kissed Liam on the cheek.

“Alex was the one they really didn’t like, because he was Little Lord Fauntleroy, foppish Alex. He really wound them up. Oasis didn’t think that Blur were proper rock stars, and Blur didn’t really give two figs what Oasis thought of anything.”

Despite the vitriol, the suits behind the bands had apparently come to a loose agreement about the release dates for their next singles – one would go first and enjoy the number one spot, the second would follow.

But those gentlemanly plans were scuppered when Oasis mysteriously bumped the release of their single, Roll With It, forward by six weeks.

Knowing they’d be stuck with a number two hit if Oasis got in first, Damon reportedly decided to pull out the big guns and go head-to-head by releasing Country House on the same date – August 14. 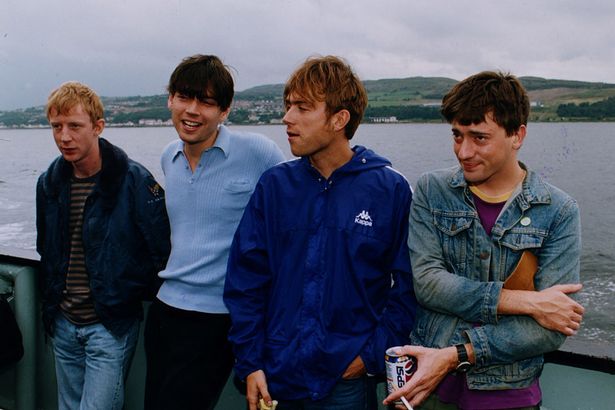 The world went wild – the battle was on the front covers of newspapers in Norway and even grabbed America’s attention.

But while Damon and Liam were gunning for it, other band members weren’t quite so happy. Listening to the chart countdown in London’s exclusive Soho House, Graham Coxon tried to jump out of the window and escape.

He told The Guardian in 2000: “It was really stupid. But I freaked out. It was set up as such a great event, something that we were supposed to be happy about, but in reality… I mean, I’d have been pleased to get a number one, but not in those circumstances. 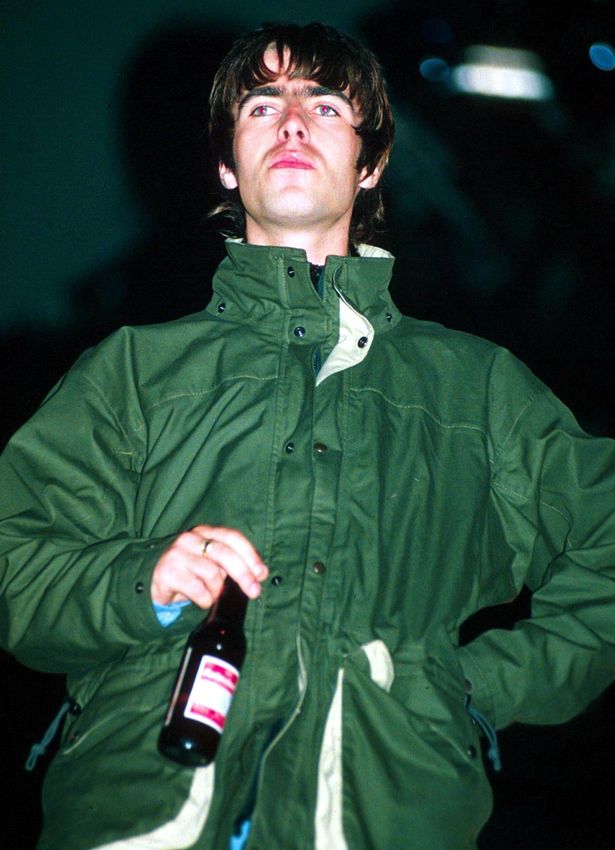 “The news going berserk about the Oasis and Blur ‘battle’, all that champagne. I’d have rather had a quiet number one and listened to it at home with my mum and dad. Instead I was sort of forced to celebrate it. I just lost it completely.

“I think I got halfway out of the window and Damon saw me and managed to stop me.”

Meanwhile, in camp Oasis, Liam was loving every second of it.

“I cared, because I want number ones. I think Roll With It is a great song,” he is quoted as saying in 1995.

“I met that Alex in the pub, so I bombed over and said, ‘Congratulations on Number One – it’s about f**king time, mate’ and he goes, ‘Oh yeah. But both our songs were sh*t anyway’.

However, juicy new details about the actual cause of the feud recently emerged, with Noel Gallagher apparently letting slip that it had nothing to do with chart positions and everything to do with Damon allegedly sleeping with the same girl as Liam.

For years rumours were rife that Damon had been seeing Lisa Moorish, who Liam dated in 1995 and had daughter Molly, 22, with. 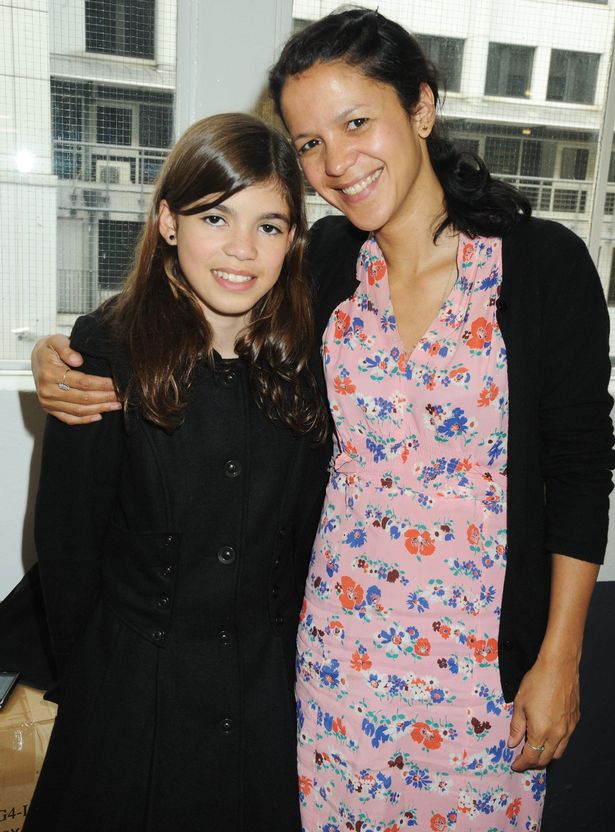 Asked about it by The Guardian in 2003, Damon said: “What can I say? We were all a lot younger and we were having a good time.”

And according to Daniel Rachel’s 2019 book, Don’t Look Back In Anger: The rise and fall of Cool Britannia, Noel said: “Liam and Damon were s****ing the same bird and there was a lot of cocaine involved.

“That’s where the germ of it grew from.

“There was an NME awards where we f***ing won everything and then we were photographed with Blur, and Liam said, ‘F*** you c***s, blah blah blah.’

“It just escalated from there. They’re both singers, and singers are f***ing idiots. They’re wired the wrong way round.

“It’s like gangland wars start over ridiculous things and then it’s very hard to put them to bed. It was kind of like that.” 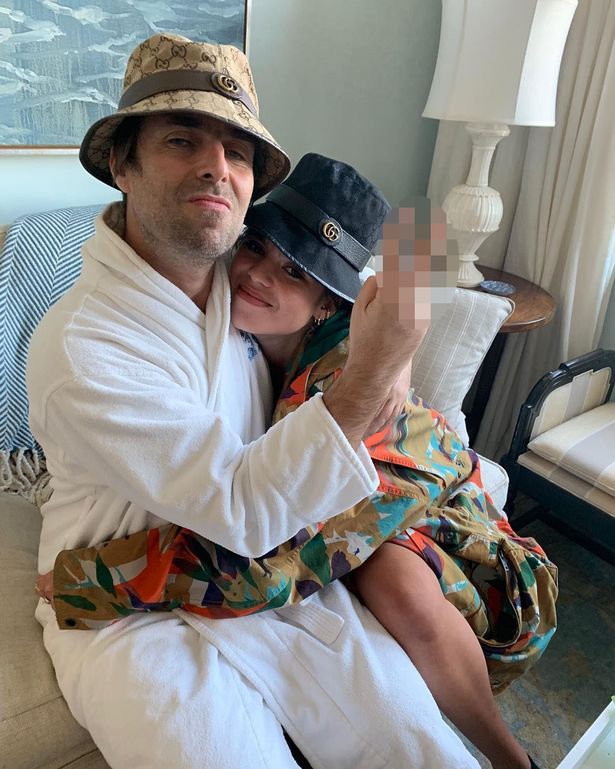 And Creations Alan McGee was quoted backing up Noel’s version of events.

“There was a situation with a girl,” he said.

“That created the Britpop war. Damon s****ed somebody close to Liam. It was one of many women Damon was friendly with.

“Then he got off with her for a one-night stand and that created the rub. They were all goading each other after that.”

For Liam’s part though, he’s not having a bar of it, and earlier this year he fired off a series of furious tweets denying that’s what sparked the beef.

“Just for the record me and Dermot oblong never fell out over a girl or boy we always had the craic think things turned nasty when Noel Gallagher wished he Dermot caught AIDS and die not Rkid’s finest moment,” he raged.

“And I’ve never done cocaine with any of that lot out of blue.

Read More: Why Oasis really despised Blur and girl ‘at the heart’ of historic Britpop beef