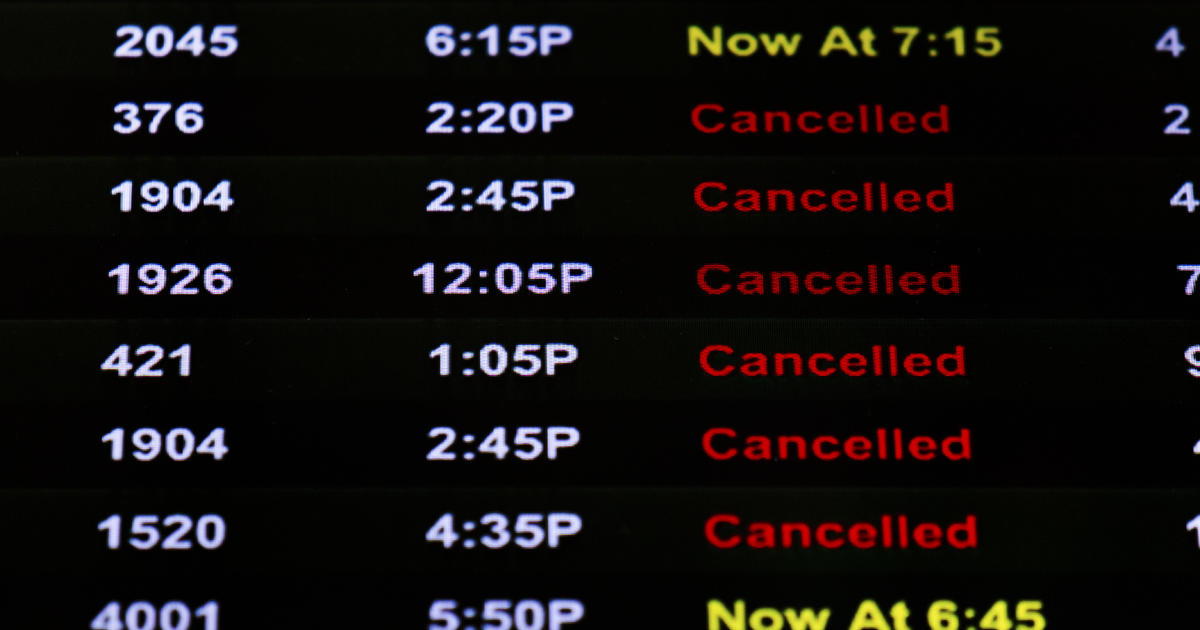 Why are airlines canceling so many flights?

Airlines cancelled nearly 1,200 U.S. flights on Sunday and Monday, leaving passengers stranded and luggage piled up at airports across the the country, while thousands more trips were scrapped across the globe as the summer travel season kicks off.

Now for the bad news: Airline analysts says expect delays and cancellations are likely to persist, and could even get worse.

“We may not have seen the worst of this,” Kit Darby, founder of Kit Darby Aviation Consulting, told CBS MoneyWatch.

Darby expects ongoing shortages of pilots and flight crew, as well as aircraft, to continue to cause backups, particularly as we approach the end of the month and pilots reach the maximum number of hours they are legally permitted to fly. “Toward the end of the month and as we transition into the next month is when it’s the worst. The 4th of July is not looking good.”

Airline operations are notoriously fragile and vulnerable to disruptions when there is any kind of additional strain on their services. With airline personnel stretched thin, even a spot of bad weather can lead to cascading delays and cancellations.

“Right now, when you have normal things like airplane maintenance or weather, delays are much more severely felt. There are no reserved extra pilots, planes, flight attendants — and the chain is only good as the weakest link,” Darby said.

Many of these problems stem from airlines slashing staff early on in the pandemic, when air travel plummeted. Demand has since roared back faster than airlines have been able to ramp up their hiring.

“The biggest issue is they don’t have the capacity. They have not been able to bring back full capacity in terms of pilots, TSA checkpoints, vendors at the airport, baggage handlers, ground staff or flight attendants,” New York Times travel editor Amy Virshup told CBS News. “So they’re really struggling to ramp up their hiring again in the face of demand which is growing faster than expected.”

“You can hire as many customer service agents. You want to say, ‘I’m sorry’ but if you don’t fix the root problems, the apologies will continue,” he told CBS News’ Elise Preston. “You gotta be able to find pilots. There’s a shortage. You have to be able to find people who work under the wing — ground handlers, baggage loaders.”

Unfortunately, there are no quick fixes. Darby pins the issue primarily on a pilot shortage, which could take years to resolve. Airlines are on track to hire roughly 12,000 pilots this year, according to his tally.

“Finding and training pilots is a four-year ordeal,” he said, noting that it can take years for pilots to build experience before they’re qualified to work. “This is a long term problem without any likely short-term solutions.”

“If you offer more money, it doesn’t create more pilots right away. It might attract people to the career in the future, but right now it just moves pilots around if one company pays more than another,” Darby added.

Extending the retirement age for pilots from 65 to 67 would help increase the pool of potential candidates to sit in the cockpit.

Allowing new pilots to perform some of their required 1,500 hours of training in flight simulators rather than actual aircraft would also help expand the pipeline of commercial flyers.

“Pilots take longer to train and are the most severe part of the problem,” Darby said.

Read More: Why are airlines canceling so many flights?

How can you financially prepare for a recession? »