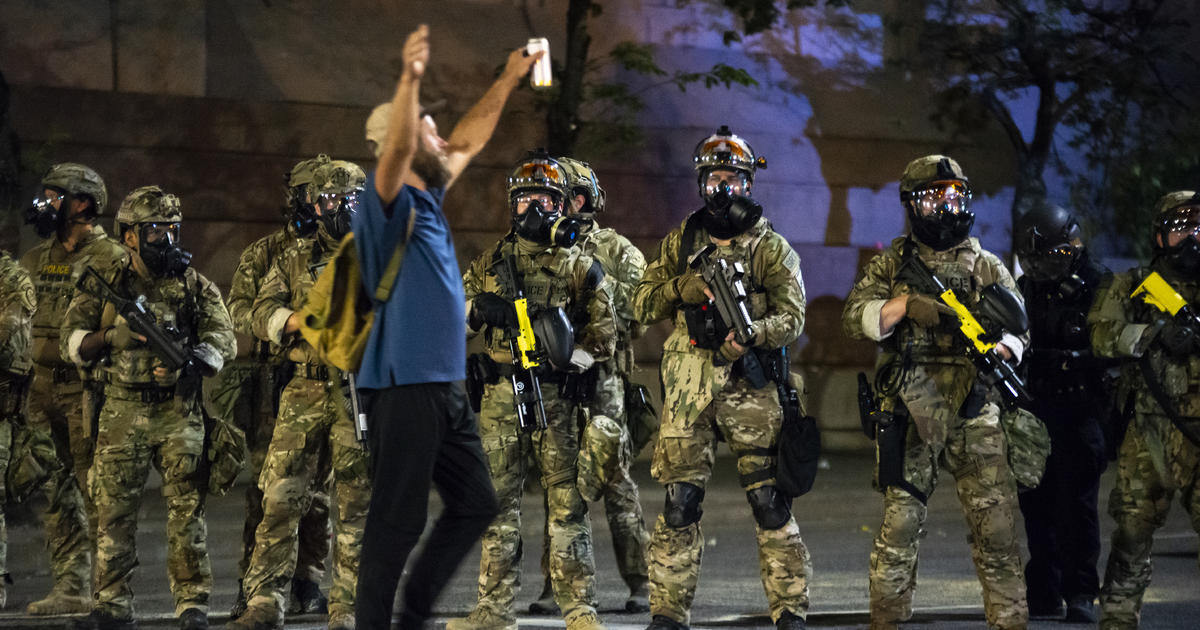 White House defends legality of use of federal agents in Portland

Washington — The White House on Tuesday sought to provide a legal justification for the administration’s decision to deploy federal law enforcement to Portland in response to unrest as President Trump comes under scrutiny over whether he and the officers are acting outside the bounds of the law.

When pressed on which provision of the U.S. Constitution gives the president the authority to send federal authorities to American cities against the wishes of their elected leaders, White House press secretary Kayleigh McEnany cited a provision of federal law, 40 U.S. Code 1315, that says the secretary of Homeland Security “shall protect the buildings, grounds and property that are owned, occupied, or secured by the federal government … and the persons on the property.”

The measure allows the secretary to deputize Homeland Security employees “in connection with the protection of” federal property.

“When a federal courthouse is being lit on fire, commercial fireworks being shot at it, being shot at the officers, I think that falls pretty well within the limits” of the law, McEnany said, adding that the White House believes under the law, “agents can conduct investigations of crimes committed against federal property or federal officers.”

Agents from several federal agencies were sent to Portland in an effort to quell protests around the federal courthouse in the city, but local and state officials have now called for the federal officers to leave after they clashed with demonstrators. Oregon Attorney General Ellen Rosenblum said she is planning to file a lawsuit against numerous federal agencies over alleged violations of civil rights and for detaining demonstrators without probable cause. Lawmakers are also working on legislation to block the Trump administration from deploying federal forces.

Still, a memo obtained by CBS News showed the Trump administration is planning to send 175 federal officers to support local police departments in other cities, including Chicago, Albuquerque, New Mexico, and Kansas City, Missouri. Mr. Trump told reporters Monday “we’re sending law enforcement” to some cities — with Democratic leadership — he painted as out of control.

But Chicago Mayor Lori Lightfoot warned against the Trump administration sending federal law enforcement to her city, telling reporters she had “great concerns” given the violence in Portland.

“We don’t need federal agents without any insignia taking people off the street and holding them, I think, unlawfully,” she said.

McEnany, however, said officers are wearing insignia indicating they’re law enforcement, but “don’t identify themselves to crowds because it would put them at great risk.”

She also called the protests in Portland “egregious” and lambasted Lightfoot, specifically, claiming the mayor is “clearly unable to control her streets.”

McEnany said spikes of crime in some U.S. cities following the death of George Floyd in Minneapolis in late May underscore the need for a federal crackdown.

“Governors and mayors really need to step it up, particularly in Democrat cities where Democrat streets are out of control,” she said.

Read More: White House defends legality of use of federal agents in Portland