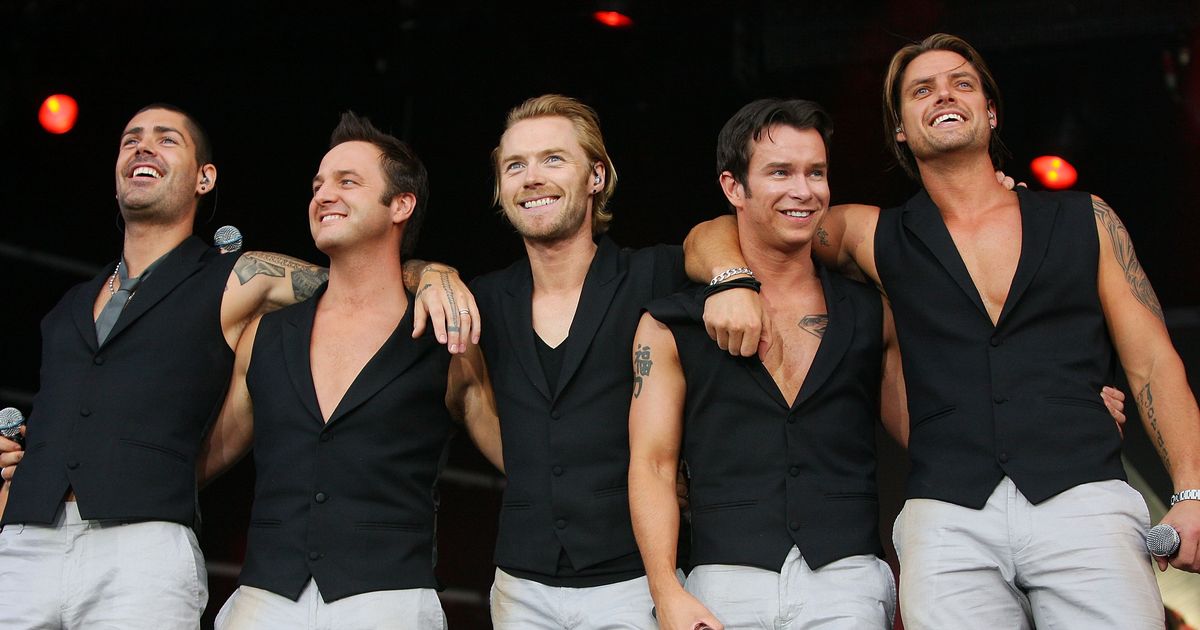 What happened to Boyzone’s Mark Walton and where are other singers now?

What happened to Boyzone’s Mark Walton and where are other singers now? 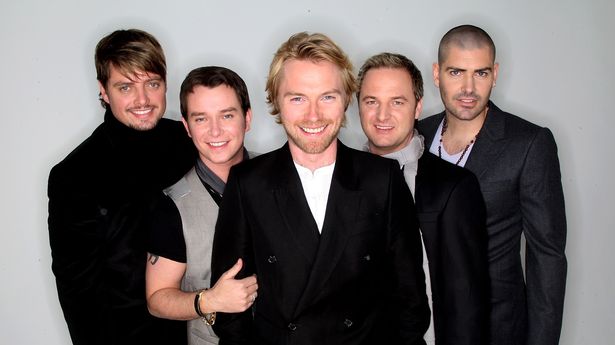 Pop heartthrobs Boyzone were formed back in 1993 by former X Factor judge Louis Walsh, who was on the hunt for the next chart-topping boyband of the 90s.

The Irish talent manager was approached by one of the original Boyzone band members who thought up the idea of the group when he was a teenager.

Mark and Richard were then axed by Louis over their lack of commitment to the band, with audition reject Mikey Graham brought in to replace them.

August 3, 2022 marks the 24th anniversary of Boyzone’s hit single No Matter What, which was their fourth number 1 in the UK Singles Chart.

The single stayed at the top spot for three weeks, making it Boyzone’s longest-running number 1qsingle.

But what happened to original bandmember Mark and where are the other singers today?

Here’s everything you need to know.

What happened to Boyzone’s Mark Walton?

Mark was one of the original members of Boyzone, but he parted ways with the band just before they found fame with their first hit single Love Me For A Reason in 1994.

The Irishman, who is from Donaghmede in Dublin, has always maintained that the band was his idea and it states on his LinkedIn page that he came up with the concept of Boyzone at the age of 15.

Since his time in the pop group, he has managed the likes of Blue and 5th Avenue.

He was also involved with Irish girl band B*Witched, who went on to have hits including C’est la Vie and Blame It On The Weatherman.

Mark hit the headlines in March 2018 after his ex-partner Sabrina Kouider was found guilty of murder.

Sabrina and her partner Ouissem Medouni murdered French nanny Sophie Lionnet over a false belief that she was having an affair with Mark.

The Boyzone founder gave evidence at the Old Bailey during the trial, stating that he was left ’emotionally broken’ after his split from Kouider.

He also told the court he had never heard of the nanny until she was killed.

Kouider and Medouni were jailed for life in 2018 and ordered to serve at least 30 years behind bars after being convicted of murder.

Mark has since gone on to become a successful music mogul, working with the likes of Enrique Iglesias, Shaggy and Jennifer Lopez.

Where are the other members of Boyzone now?

Since the band was created in 1993, the members have gone on to have great success outside of Boyzone.

The band initially split in 1999 before making a comeback in 2017, with the original intention to tour their old music.

Boyzone announced that they would split once more in 2018 after their 25th anniversary celebrations had concluded.

Here’s what the members have done since being in the boyband.

Ronan Keating, now 45, went on to have a very successful solo career after the band split in 1999.

He released chart-toppers including Life Is A Rollercoaster and the Notting Hill single When You Say Nothing at All, selling over 20 million records and 10 albums during his time as a solo artist.

The singer then became a judge on the Australian versions of The Voice and X Factor but left the shows to focus on his music and family.

Ronan married Irish model Yvonne Connolly in April 1998 and they had three children together – Jack, Marie and Ali – before they separated in 2010.

Ronan’s son Jack Keating recently appeared on this year’s season of Love Island as one of the Casa Amor bombshells, briefly mentioning his dad on the show to Michael Owen’s daughter, Gemma Owen.

Shane Lynch took a step away from his singing career to pursue TV once Boyzone had split.

During his time in Boyzone, he was involved in a scrap with Puff Daddy – now called P Diddy – after the MTV European Music Awards when the rapper allegedly tried to hijack Boyzone’s VIP area.

Since then, Shane has gone on to star in Celebrity Love Island, Cirque Du Celebrite, Celebrity Big Brother, Celebrity Masterchef and The Games.

The star then landed a two-year judging role on The All Ireland Talent Show – the Irish version of Britain’s Got Talent.

He later rejoined the world of music by forming new supergroup Boyz on Block with Ben Ofoedu, Abz Love and Dane Bowers.

The group went on to release a debut single in 2020, a cover of East 17’s Stay Another Day, featuring former East 17 member Tony Mortimer.

Shane married Easther Bennett, lead singer of Eternal, in 1998 but they divorced a year later.

He went on to tie the knot with singer Sheena White in 2007 and they have two children together called Billie Rae and Marley Mae.

Stephen Gately passed away in 2009

Boyzone’s youngest member, Stephen Gately, sadly passed away in 2009 at the age of 33 due to an undetected heart condition.

Following Boyzone’s initial split in 1999, Stephen went on to have a successful solo career, with his debut single New Beginning reaching number three in 2000.

Stephen remained firmly in the public eye before his passing, appearing on the likes of Absolutely Fabulous and Dancing On Ice.

He later penned his own children’s book, The Tree Of Season, which was published posthumously in 2010 and includes a foreword by Elton John and David Furnish.

Since his time in Boyzone, Keith Duffy went on to become an actor, starring in popular soap Coronation Street as Ciaran McCarthy.

Keith also starred as a security guard in Mrs. Brown’s Boys D’Movie back in 2014.

The couple have two children together – Jordan and Mia – and the former singer spoke out last year about the struggles he has faced with his daughter’s autism.

On daytime TV show Lorraine, he told stand-in presenter Cat Deeley that his daughter was placed on a waiting list of two and a half years to receive an autism diagnosis.

Keith told the presenter that the wait led the family to go private to speed up the process.

At the time, he said explained: “For so many children on the autism spectrum today, who are not getting the appropriate intervention and education programme, in this day and age it’s crazy.”

Mikey Graham became a grandad at the age of 49

In comparison to his other bandmates, Mikey Graham has somewhat steered clear of the spotlight since his time in Boyzone.

Since Boyzone, he has appeared on the Irish Celebrity Apprentice in 2013, and in 2010 he made it to the finals of the Irish Eurovision Song Contest act show.

Two years after Stephen performed on the show, Mikey made an appearance on Dancing on Ice, coming in ninth place.

Read More: What happened to Boyzone’s Mark Walton and where are other singers now?