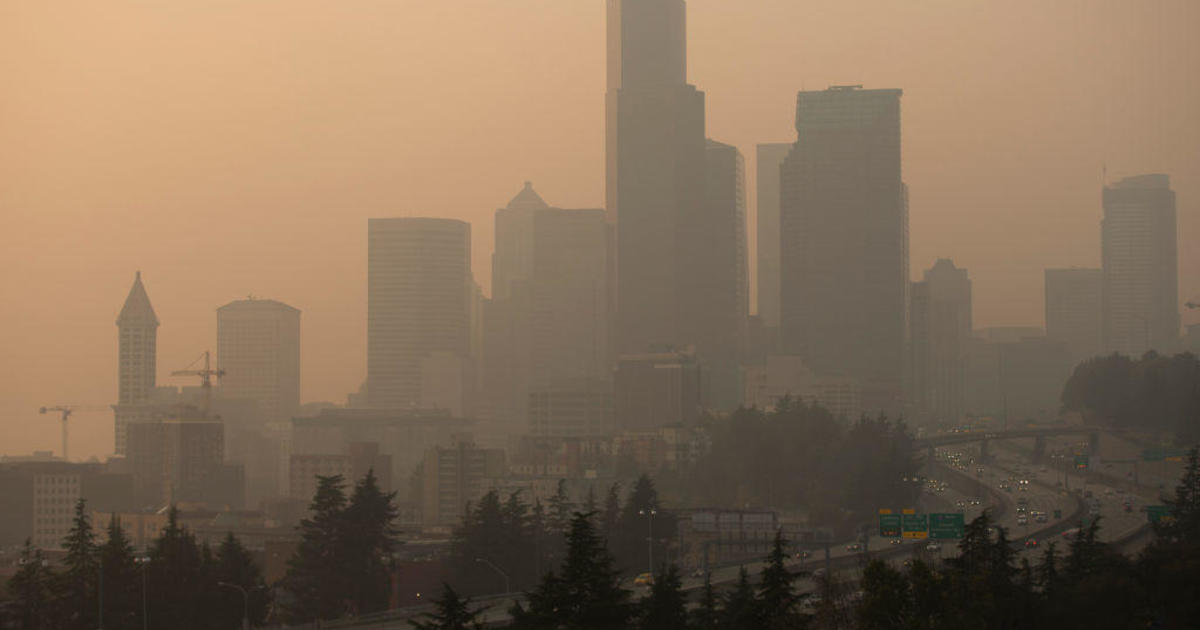 Smoke from dozens of major fires has drifted across the country and is casting a haze in New York City and in Washington, D.C. Oregon has set up its first mobile morgue — preparing for the worst as more than 20 people in that state are missing. Across Oregon, so many are wondering: when will it end?

Amid the ruins, cadaver dogs still search for the missing. In Oregon, there are devastating scenes where one home that survives and those around it are leveled. The fires have taken a toll on everyday life.

“I’m sick of it man, ready to get this stuff out,” said resident Dave Monroe. “If I have to evacuate again, man, I’m moving out of the state.”

The air is so hazardous in the state that 1 in 10 emergency room visits are related to wildfire smoke, according to the Oregon Health Authority.

A hazy Seattle skyline due to wildfire smoke on September 11, 2020.

In Southern California, the Bobcat Fire is exploding again and is only 6% contained. And a new battlefront on the mountaintop where firefighters are trying to save the iconic Mount Wilson Observatory.

Los Angeles officials advised residents to stay indoors as much as possible and avoid strenuous activities until the smoke clears, CBS LA reported. Officials warned that residents of all ages and even pets can be at risk.

Maine wedding linked to deaths of 7 people who didn't attend »