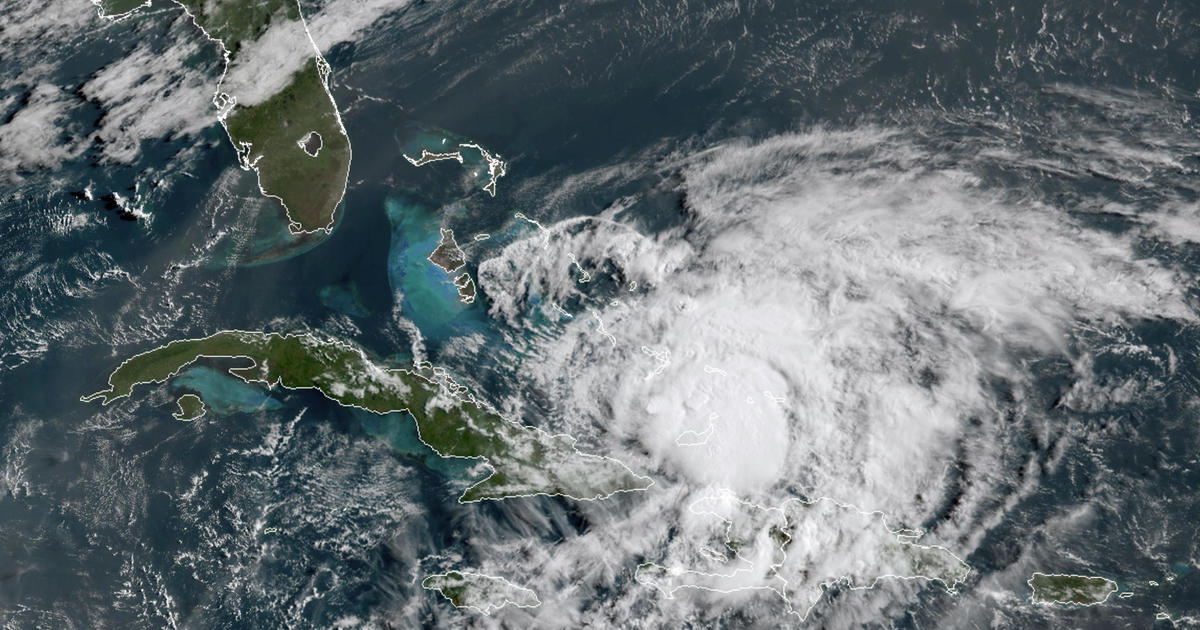 The 2020 Atlantic hurricane season is racking up storms at breakneck speed. To date, the season is about two weeks ahead of record pace and it’s only one third of the way through. On Wednesday, the news became more concerning as the research team at Colorado State University (CSU) — the standard bearer for seasonal forecasts — released the most dire forecast in their 37-year history.

Labeling the 2020 hurricane season “extremely active,” the team is now predicting 24 named storms, including 12 total hurricanes and 5 major hurricanes — each figure about double that of a normal season. If the forecast proves accurate, 2020 would be the second most active Atlantic hurricane season, behind only the record-shattering 2005 season which brought Hurricanes Katrina and Wilma.

Only 21 storm names are allotted each year because the letters Q, U, X, Y and Z are not used. As a result, if 24 tropical storms are indeed named, the National Hurricane Center will have to employ the Greek Alphabet for overflow. This has only happened one time on record — in 2005 when the Atlantic experienced 28 named storms.

An overview of Colorado State University’s 2020 hurricane season forecast as of August 5, 2020.

In addition, CSU is forecasting a 75% chance that the U.S. coast will be struck by a major hurricane — Category 3 or greater — during the 2020 season. This is significant because damage increases exponentially with wind speed. Category 3, 4 and 5 systems cause 85% of all hurricane damage.

Dr. Phil Klotzbach, the lead forecaster of the CSU team, tells CBS News that because the 2020 season is already on a record pace, and conditions remain ripe for activity, the forecast is not particularly far-fetched.

The last system, Hurricane Isaias, marked the fifth storm to make landfall this season. That’s also about two weeks ahead of record pace.

#Isaias is 5th named storm of the 2020 Atlantic #hurricane season to make landfall in the continental US. Bertha, Cristobal, Fay & Hanna made landfall too. This is the earliest on record that 5 Atlantic named storms have made continental US landfall. Prior record was 8/18/1916. pic.twitter.com/SaSubDGwjc

The most obvious contributing factor for such an active season is water temperatures being near historic levels in the Tropical Atlantic, which can act like high-octane fuel to power hurricanes. In the image below, created by UNC-Charlotte graduate student Eric Webb, the darkest red-shaded areas are record warm.

The hotter-than-normal water is driven by the warm phase of a natural cycle called the Atlantic Multidecadal Oscillation (AMO) and boosted by human-caused climate change. Human warming has increased Tropical Atlantic sea surface temperatures by about two degrees Fahrenheit since 1901.

A map showing the change in sea temperature since 1901.

Beyond the hot water, Webb, who specializes in tropical weather, says that rainfall in Africa — where most of the seedlings for tropical systems form before their track across the Atlantic Basin — is way above normal.

“The African Sahel region (between the Congo rainforest to the south and Sahara Desert to the north) has been really wet this summer. A wetter African Sahel means that the waves which create up to 90% of the Atlantic’s intense hurricanes are stronger,” explains Webb.

While warm waters and a wet African Sahel would already be enough to make for an active season, there are even more factors tipping the scales this season.

In July, atmospheric pressures were at record low levels in the Tropical Atlantic. Areas of low pressure go hand in hand with rising air. That rising air is a requirement for thunderstorms — the foundation for tropical storms — to fire up.

Along with rising air, wind shear, which tends to tear systems apart, is running near record lows this summer.

One factor that can lead to high wind shear in the Atlantic basin is El Niño. But this summer, there is not only an absence of El Niño, but instead the possibility of the opposite phenomenon: La Niña. La Niña’s cooler-than-normal Tropical Pacific waters translates into weak winds in the Atlantic Ocean, a perfect setup for an active hurricane season.

As all signs point in an ominous direction, there is one bit of good news in the short term. For the next 10 days, the climate pattern in the Atlantic Basin will be unfavorable for development due to a cyclical pattern passing through. This will give residents of hurricane alley a short window of opportunity to prepare.

Starting in mid- to late August, the pattern will once again become favorable for development, right at the same time the season typically picks up steam. When it does, all the evidence suggests storms will come fast and furious.

With many states and cities battling COVID-19, planning ahead is essential.