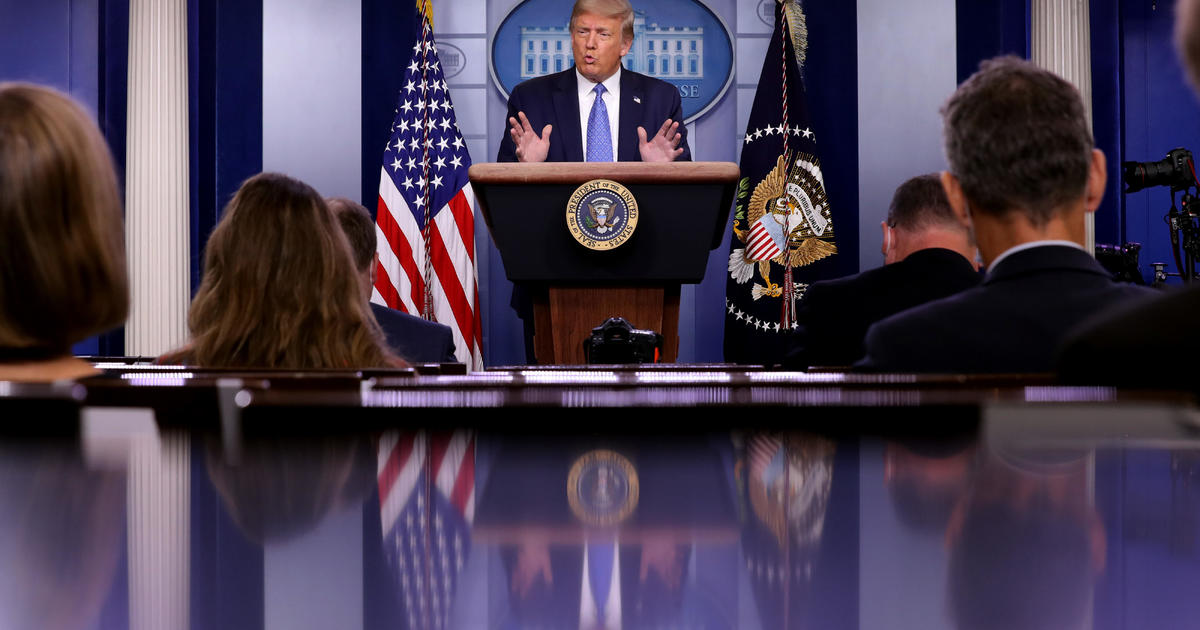 Washington — President Trump will hold a press conference Thursday as Senate Republicans and the White House continue work on the next coronavirus relief package.

The press conference marks the third this week from Mr. Trump, who said Monday he would be resurrecting the coronavirus briefings that were once a near-daily staple in much of March and April. It’s unclear whether the president will focus exclusively on the coronavirus crisis, which continues to worsen across many states.

What: President Trump holds a press conferenceDate: Thursday, July 23Time: 5 p.m. ETLocation: The White House, Washington, D.C.Online stream: Live on CBSN — in the player above and on your mobile or streaming deviceFollow:

Senate Republicans and the White House have been engaged in negotiations this week on a fifth legislative package and are inching closer to a final deal. But the GOP and Trump administration have yet to begin talks with their Democratic colleagues, who have lambasted Republicans for waiting weeks to begin crafting the next measure and dismissed their proposals currently under discussion.

Looming over lawmakers is the upcoming expiration of enhanced unemployment benefits. Republicans fear the additional $600 for Americans who receive unemployment benefits disincentives a return to work if the benefits amount to more than wages. But Democrats say the enhanced benefits are crucial as Americans who are out of work because of the coronavirus crisis confront another month of not being able to pay bills and rent.

Treasury Secretary Steven Mnuchin said the White House and Senate Republicans reached a “fundamental agreement,” though it’s unclear when the text of the relief package will be revealed. The proposal is expected to include another round of direct payments to Americans as well as $105 billion for education, $70 billion of which would go toward K-12 schools, $30 billion for colleges and universities and $5 billion for states to use at their discretion.

It is not likely to include a payroll tax cut, despite Mr. Trump favoring its inclusion in the next package. The president accused Democrats of effectively forcing Republicans to drop it from their list of priorities.

“The Democrats have stated strongly that they won’t approve a Payroll Tax Cut (too bad!). It would be great for workers,” he tweeted. “The Republicans, therefore, didn’t want to ask for it. Dems, as usual, are hurting the working men and women of our Country!”