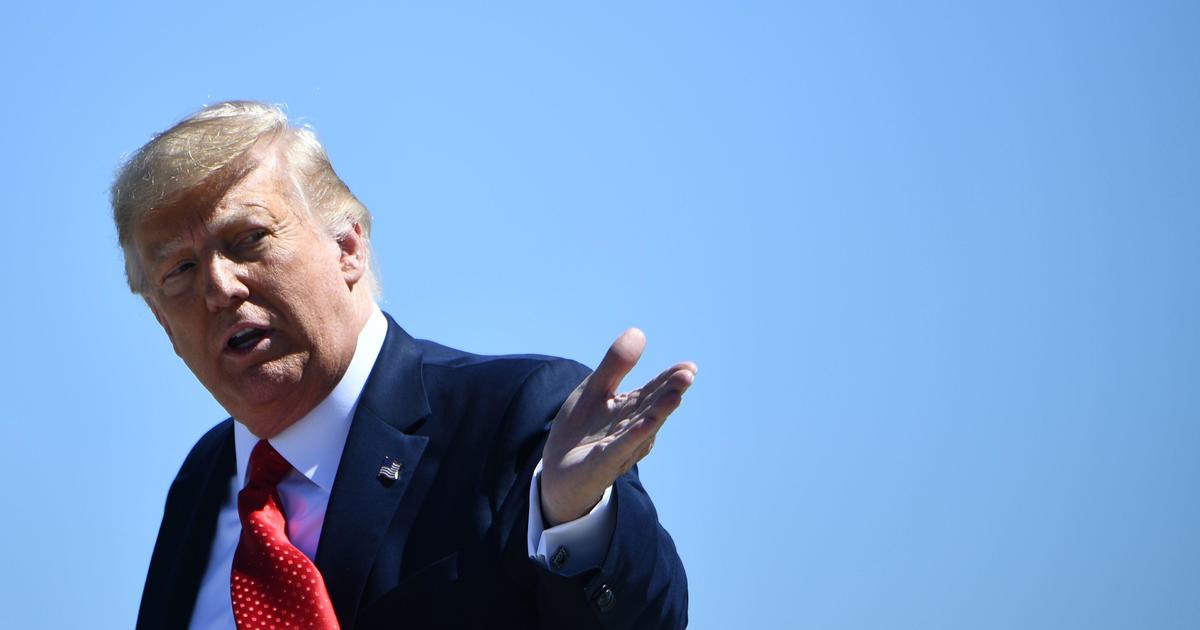 President Trump is traveling to Minnesota and Wisconsin for afternoon campaign events on Monday, the first day of the Democratic National Convention. The first event, in Mankato, is expected to take place at 3 p.m. ET, and the second, in Oshkosh, will be at 5:30 p.m. ET.

He landed in Minneapolis first, where a few hundred people gathered behind railings on the tarmac, wearing MAGA hats and holding Trump signs, according to a pool reporter. Many were not wearing masks, and they cheered as he came down the steps and chanted “four more years.”

How to watch President Trump’s campaign events in Mankato, Minnesota and Oshkosh, Wisconsin

What: President Trump speaks on jobs and the economy

In Minneapolis, Mr. Trump mocked the Democratic convention for featuring “taped speeches,” including that of Michelle Obama, whose address will be featured Monday night. “There’s nothing very exciting” about taped speeches, he said.

He also attacked the city’s recent vote to dismantle the police department. He called council members who supported it “fools,” and he falsely claimed Joe Biden want to “take away your Second Amendment.”

“Remember this — I am the only thing standing in the way of your Second Amendment,” Mr. Trump warned.

In 2016, Mr. Trump narrowly lost Minnesota to Hillary Clinton, but eked out a surprise victory in Wisconsin by less than a percentage point

Biden also leads Mr. Trump by 10 points in the preference of likely voters nationwide, as was the case in July.

This is the president’s first trip to Minnesota in 2020 and his third to Wisconsin.