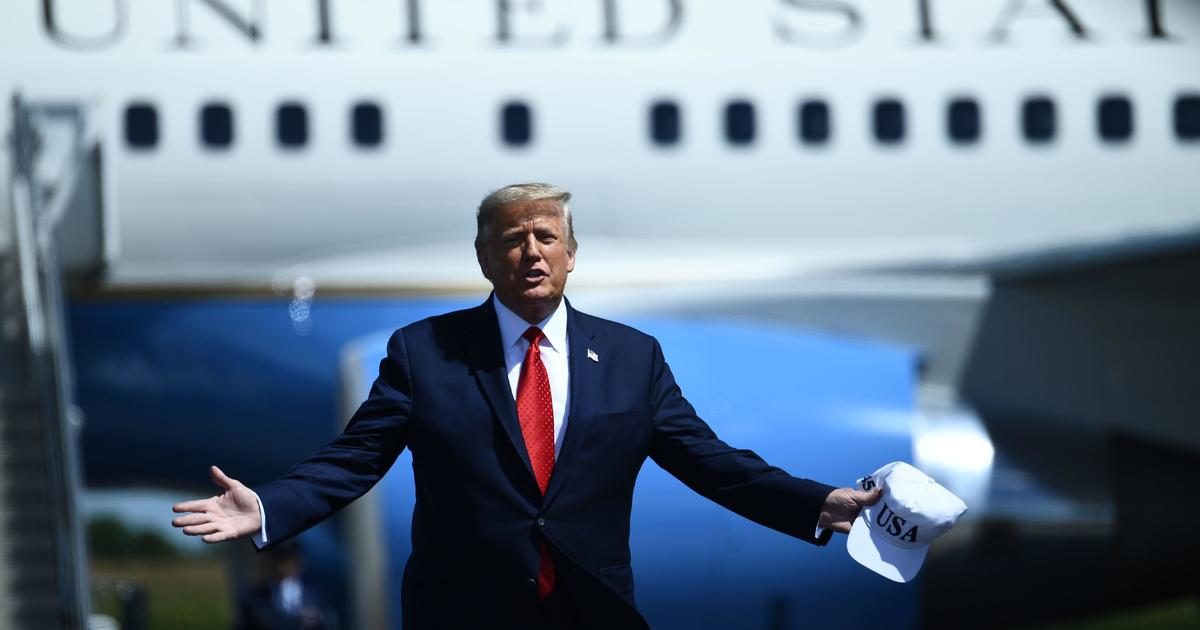 President Trump on Monday continued his attacks on Joe Biden as Democrats prepared to kick off the weeklong Democratic National Convention on Monday, railing against mail-in voting and claiming that if “Sleepy Joe” is elected, the country will descend into a socialist regime.

At an event in Mankato, Minnesota, the first of two campaign stops scheduled for Monday, Mr. Trump made the unproven claim that Biden suffers from cognitive decline while touting his administration’s response to the coronavirus and efforts to revive the U.S. economy.

“We built the greatest economy in the history of the world, and now I have to do it again,” Mr. Trump said. “That’s God testing me.”

How to watch President Trump’s campaign events in Mankato, Minnesota and Oshkosh, Wisconsin

What: President Trump speaks on jobs and the economy

Mr. Trump joked that Biden doesn’t know where Minnesota is.

“I don’t say ‘Biden’ because I don’t think he knows what the hell is happening. I think if you mention — if you mention, ‘You know, you shouldn’t have done that to Minnesota,’ he’ll say, ‘Where’s Minnesota? I don’t know anything — I don’t know what Minnesota is. Where is that, please?'”

The president continued painting a worst-case-scenario vision of the country if Biden wins, insisting he will “change this country around” in an “irreversible” way. He alleged a Biden-Harris administration would take away guns and allow hardened criminals to roam the streets.

Trump speaks on economy in Minnesota

Mr. Trump also continued his baseless attacks on mail-in voting, including on the secure drop boxes that many states, including Republican states, use.

“They want to send them out, and they want to just have millions of ballots,” Mr. Trump said. “They said ‘oh, we drop them in a lockbox.'”

There is no evidence that there is widespread fraud from mail-in voting. The president’s own commission on voter fraud found scant evidence of it before the commission itself disbanded.

After his speech in Mankato, Mr. Trump is heading to Oshkosh, Wisconsin, for a second campaign event set to begin at 5:30 p.m. ET.

He landed in Minneapolis first, where a few hundred people gathered behind railings on the tarmac, wearing MAGA hats and holding Trump signs, according to a pool reporter. Many were not wearing masks, and they cheered as he came down the steps and chanted “four more years.”

In Minneapolis, Mr. Trump mocked the Democratic convention for featuring “taped speeches,” including that of Michelle Obama, whose address will be featured Monday night. “There’s nothing very exciting” about taped speeches, he said.

He also attacked the city’s recent vote to dismantle the police department. He called council members who supported it “fools,” and he falsely claimed Joe Biden want to “take away your Second Amendment.”

“Remember this — I am the only thing standing in the way of your Second Amendment,” Mr. Trump warned.

In 2016, Mr. Trump narrowly lost Minnesota to Hillary Clinton, but eked out a surprise victory in Wisconsin by less than a percentage point

Biden also leads Mr. Trump by 10 points in the preference of likely voters nationwide, as was the case in July.

This is the president’s first trip to Minnesota in 2020 and his third to Wisconsin.

How to watch the 2020 Democratic National Convention »