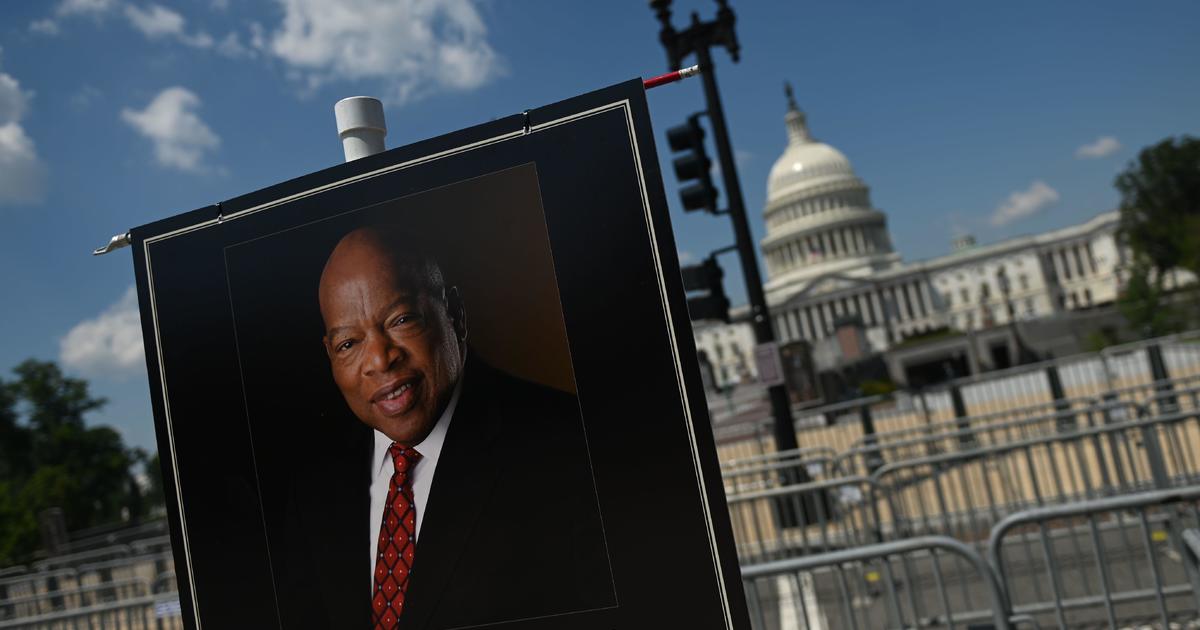 Washington — Congressional leaders, political luminaries and members of the public will pay their respects to the late civil rights icon and Congressman John Lewis in Washington, D.C., this week, as he lies in state in the U.S. Capitol on Monday and Tuesday.

A plane carrying Lewis’ casket arrived at Joint Base Andrews outside Washington just after 11 a.m. Monday following a weekend of services in Alabama, where he was born, honoring his legacy and lifelong fight for civil rights. House Speaker Nancy Pelosi and members of Lewis’ family met the plane.

After Lewis’ casket is loaded into a hearse, the funeral procession will drive to the U.S. Capitol, proceeding past sites including the Martin Luther King, Jr. Memorial, Lincoln Memorial, Black Lives Matter Plaza near the White House and the Supreme Court.

On Sunday, the longtime Georgia congressman made his final trip across the Edmund Pettus Bridge in Selma, Alabama, the same bridge he crossed more than 50 years ago in the march to Montgomery. The day of the march, March 7, 1965, would become known as “Bloody Sunday.”

After his casket was brought across the Edmund Pettus Bridge in a horse-drawn caisson, Lewis lay in repose in the Alabama Capitol on Sunday afternoon.

How to watch: John Lewis lies in state

What: The late Congressman John Lewis lies in state in the U.S. Capitol

Lewis’ body is set to arrive at the U.S. Capitol on Monday afternoon, and an invitation-only ceremony is expected to take place at 1:30 p.m.

While members of the public are urged to pay their respects virtually due to the ongoing coronavirus pandemic, a public viewing is occurring outdoors, as Lewis will be lying in state at the top of the East Front Steps of the U.S. Capitol.

Among those set to pay their respects to Lewis on Monday are former Vice President Joe Biden, the presumed Democratic presidential nominee, and Jill Biden.

Lewis died July 17 at the age of 80. He was diagnosed with stage 4 pancreatic cancer in December. Lewis’s death sent shockwaves across the country and has fueled calls from congressional Democrats for the Republican-controlled Senate to take action on legislation that bolsters voting rights and rolls back the impacts of a 2013 Supreme Court decision that gutted a key provision of the landmark 1965 Voting Rights Act.