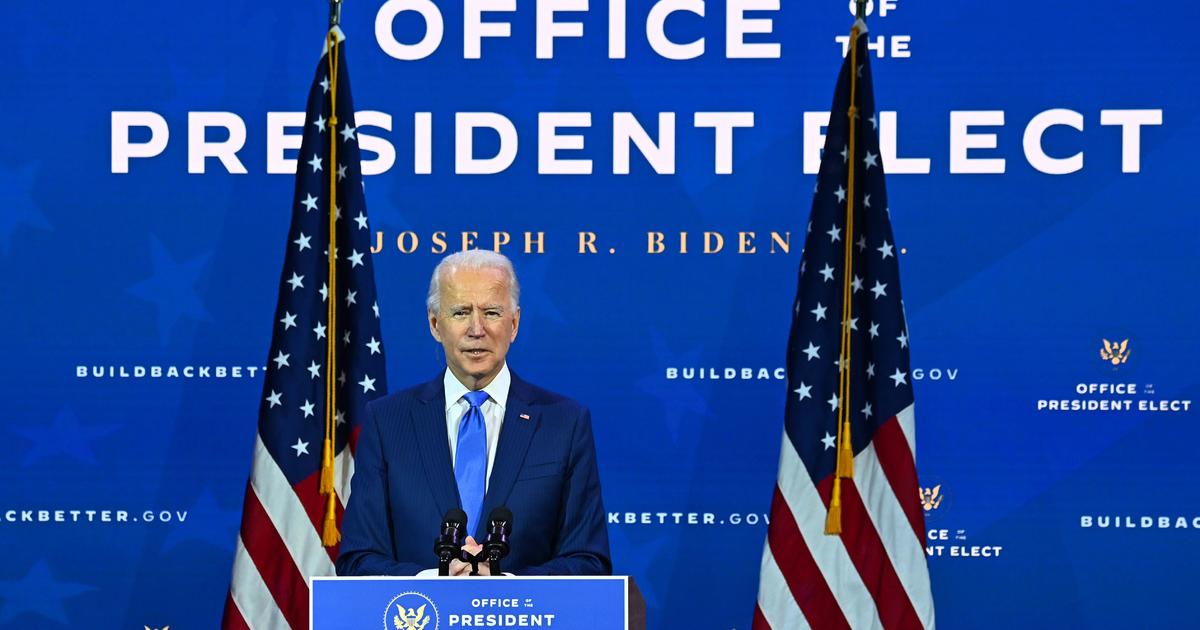 Washington — President-elect Joe Biden will deliver remarks Monday evening after members of the Electoral College gather nationwide to cast their ballots for president, formalizing Mr. Biden’s victory over President Trump and foreclosing another path for the president in his attempts overturn the results of the presidential election.

Mr. Biden’s transition team said the speech, to be delivered from Wilmington, Delaware, will focus on the “electoral college vote certification and the strength and resilience of our democracy.”

How to watch Joe Biden’s remarks on the Electoral College

What: President-elect Joe Biden speaks on the Electoral College vote certificationWhen: Monday, December 14Time: 8 p.m. ETLocation: Wilmington, DelawareOnline stream: Live on CBSN — in the player above or on your mobile or streaming device

The 538 members of the Electoral College are set to convene at state capitals from coast to coast, where they will cast paper ballots individually for president and vice president. While the vote typically takes place without much fanfare, this year’s meeting has been thrust into the spotlight as Mr. Trump unsuccessfully attempted to pressure state Republican lawmakers to subvert the will of voters and name their own electors.

A long-shot lawsuit from Texas filed with the Supreme Court against four key states attempted to extend Monday’s deadline for the Electoral College to meet and block electors from those states from voting. But the high court rejected the bid, backed by Mr. Trump, on Friday.

Federal law dictates that presidential electors “shall meet and give their votes on the first Monday after the second Wednesday in December,” which this year is December 14. Each state’s votes will occur at varying times, beginning at 10 a.m. ET and ending with Hawaii at 7 p.m. ET.

Mr. Biden is expected to receive 306 electoral votes and Mr. Trump will have 232.

Congress will then count the votes of the electors on January 6.