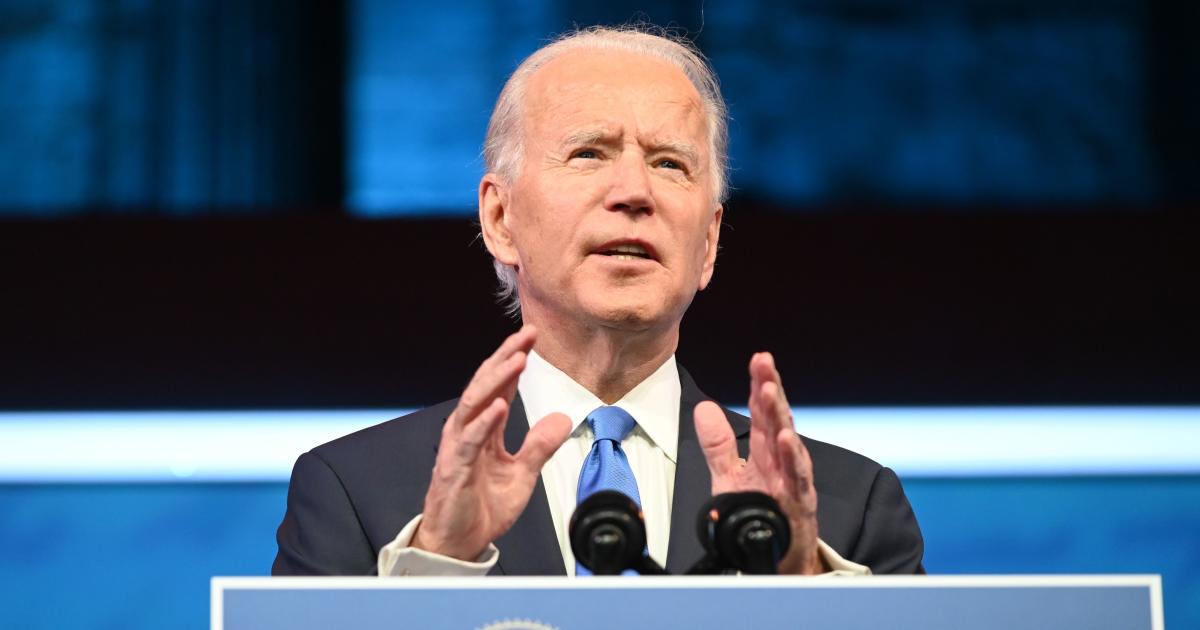 Watch Live: Biden campaigns with Ossoff and Warnock in Georgia

President-elect Joe Biden is traveling to Georgia on Tuesday to appear at a campaign event with Democratic Senate candidates Jon Ossoff and Raphael Warnock, just weeks ahead of the runoff elections on January 5. This will be the first time Mr. Biden has appeared in person with the two candidates since his election.

Mr. Biden narrowly won the state of Georgia, boosting Democratic hopes that Ossoff and Warnock may be able to win these two seats, which will determine which party controls the Senate next year. If the two Democrats win both seats, the party will have a razor thin 50-50 majority in the Senate, with Vice President-elect Kamala Harris casting any tie-breaking vote.

How to watch Biden campaign with Ossoff and Warnock in Georgia

What: President-elect Joe Biden appears at a campaign event with Democratic Senate candidates Jon Ossoff and Raphael WarnockDate: Tuesday, December 15, 2020Time: TBALocation: Atlanta, GeorgiaOnline stream: Live on CBSN in the player above or on your mobile streaming device

Ossoff is facing off against Senator David Perdue, who was up for reelection this year. Under Georgia state law, any election where neither candidate receives above 50% of the vote must advance to a runoff. Perdue narrowly defeated Ossoff on Election Day, but was unable to garner more than 50% of the vote.

Senator Kelly Loeffler, who was appointed to her seat last year, was challenged by 20 other candidates in a special election in November, including Warnock. Loeffler and Warnock were the top two vote-getting candidates, and so their race also advanced to a runoff.

President Trump, who has refused to concede the election, has repeatedly challenged Mr. Biden’s victory in Georgia. The president-elect was the first Democrat to win Georgia in nearly 30 years. Mr. Biden’s election was affirmed by two recounts, and the state’s electors cast their votes for him on Monday.

Despite Mr. Biden’s unexpected victory, Democrats in the state are concerned that low turnout for a special election on January 5 could doom Ossoff and Warnock’s chances. Early voting began in the state on Monday.

“This election is not a continuation of what happened in November. It’s a complete reset. It’ll have a different character. It’ll have lower turnout, most likely,” Cobb County Democratic Party chairwoman Jacquelyn Bettadapur told CBSN “Red & Blue” anchor Elaine Quijano on Monday.