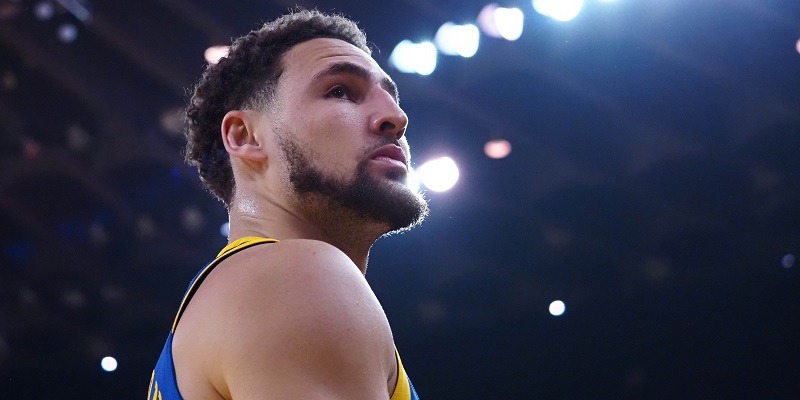 The Golden State Warriors’ odds to win the 2021 NBA title lengthened following the team’s confirmation Thursday that Klay Thompson will miss the season due to a torn Achilles tendon.

Installed at +750 by SportsBetting.com to win the title next year after the Los Angeles Lakers were crowned 2020 champions last month, the Warriors’ future odds grew to +1000 on Thursday. Golden State was initially listed behind only the Lakers (+375), Los Angeles Clippers (+425) and Milwaukee Bucks (+650) with the expected healthy return of Thompson and Stephen Curry. The Warriors also added center James Wiseman with the second overall pick on Wednesday night, but that came just hours after the first reports of Thompson suffering a potentially significant injury.

The Lakers are the heavy favorites to win the Western Conference at +160, followed by the Clippers at +260 and the Warriors at +550.

The Lakers’ odds of repeating have shortened to +325 at SportsBetting.com. The Brooklyn Nets have risen from +1000 last month to the second betting favorite at +525 amid reports of Houston’s perennial MVP candidate James Harden seeking a way to join Kevin Durant and Kyrie Irving. 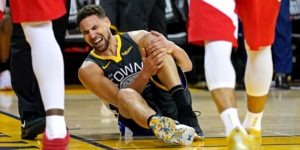 Meanwhile, the Rockets’ odds have risen from +2200 last month to +3300, with Harden and Russell Westbrook both reportedly angling for a way out of town.

The Clippers’ odds have lengthened to +550, even with Milwaukee, then followed by Golden State.

Another big mover has been the Philadelphia 76ers, who have moved from +3000 to +2200 with new general manager Daryl Morey aggressively rebuilding the roster around Ben Simmons and Joel Embiid.

The Phoenix Suns have moved from +6600 last month to +4000 after officially acquiring Chris Paul from the Oklahoma City Thunder, whose odds have plummeted to +15000 from +6600.