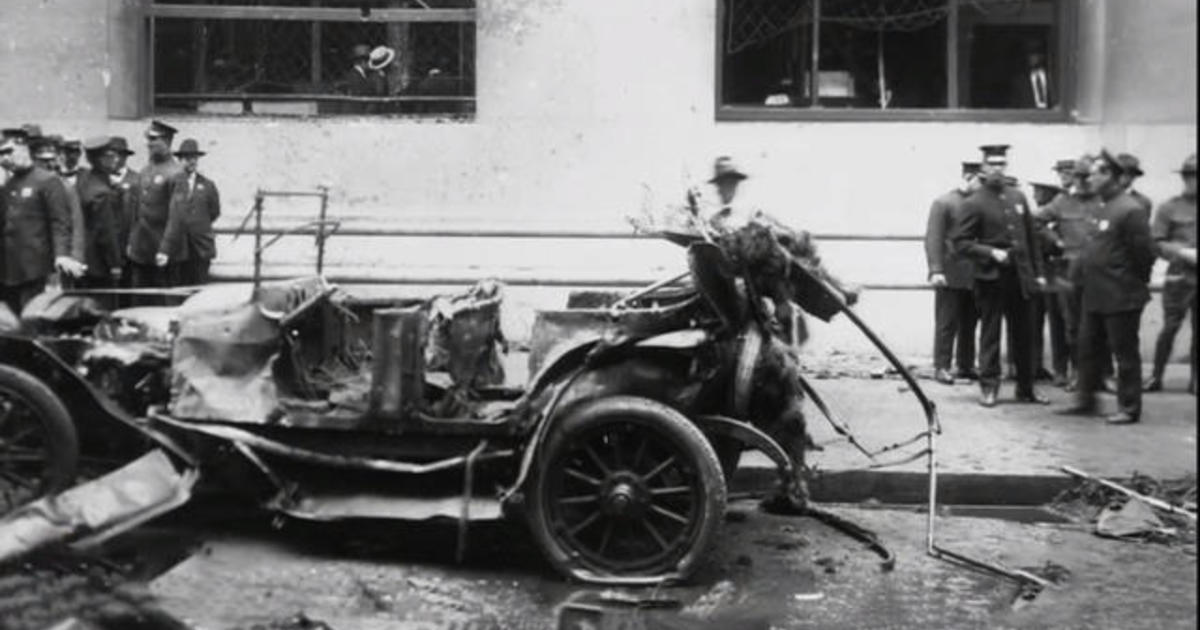 Nearly a century ago on September 16, 1920, the worst terrorist attack in American history until the 9/11 terror attacks was carried out in New York City. A bomb delivered via dynamite and horse-drawn carriage exploded in lower Manhattan’s financial district, killing 38 people and injuring 143 more. Jeff Glor looks back at the infamous crime, which no one was ever formally convicted for.