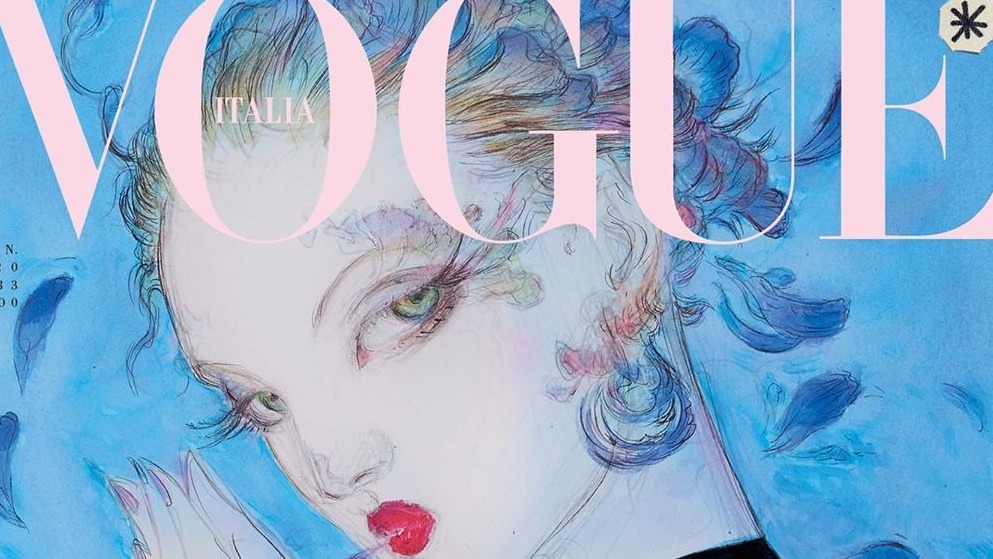 Vogue Italy Issues First Photo Free Edition to Save the Environment — Should Others Follow?

For the first time in its 55-year-history, Vogue magazine has launched a photo-free issue in a bid to make a statement about sustainability in the fashion industry.

In his editorial note, Emanuele Farneti explained that the Italian team wanted to send a powerful message to the public. Farneti elaborated more on the resources it took to create the September 2019 issue, the biggest of the year, with original photographs.

One-hundred and fifty team members were involved in the production, Farneti noted, highlighting that they booked 20 international flights and dozens of train rides. In addition to that, it took 60 deliveries to secure the clothing for the photo sessions.

The participants had 40 cars on standby all around the world, Farneti wrote, highlighting the environmental impact associated with publishing a fashion magazine.

Italian Vogue wanted to prove that professional fashion imaginary can be created without causing any harm to the environment, Farneti noted.

He also pointed out that the first issue of 202 is a pioneer in other ways too. For example, it is believed to be the first time a Vogue magazine issued a photo free edition since photography was invented. It also the first time when Vogue Italy has not had a cover photo.

The illustration initiative is part of Vogue’s new environmentally focused mission statement, which was announced in December and signed by all 26 editions of the fashion bible.

Italian Vogue will also be among the first of Condé Nast’s international publications to use 100% compostable plastic wrapping in 2020.

The magazine will donate the saved money to help restore the Fondazione Querini Stampalia, a Venice cultural institution severely damaged by the floods in the city in November, the editor-in-chief announced.

Some critics accused the Italian Vogue of being ”cynical” as it was just trying to be in line with the debate around the global climate change emergency. In response, Farneti told the New York Times that the first step to solve a problem is to admit it exists: ”That is our way to say that we are aware that we are part of an industry that is far from sustainable,” Farneti asserted.

What do you think? Do you support or oppose the statement that Vogue Italy’s initiative to issue a photo free edition to save the environment is ”cynical”?

Read More: Vogue Italy Issues First Photo Free Edition to Save the Environment — Should Others Follow?

« Elite Athletes Face Penalties for Staging Protest During Pan-Am Games -- Is That Right?