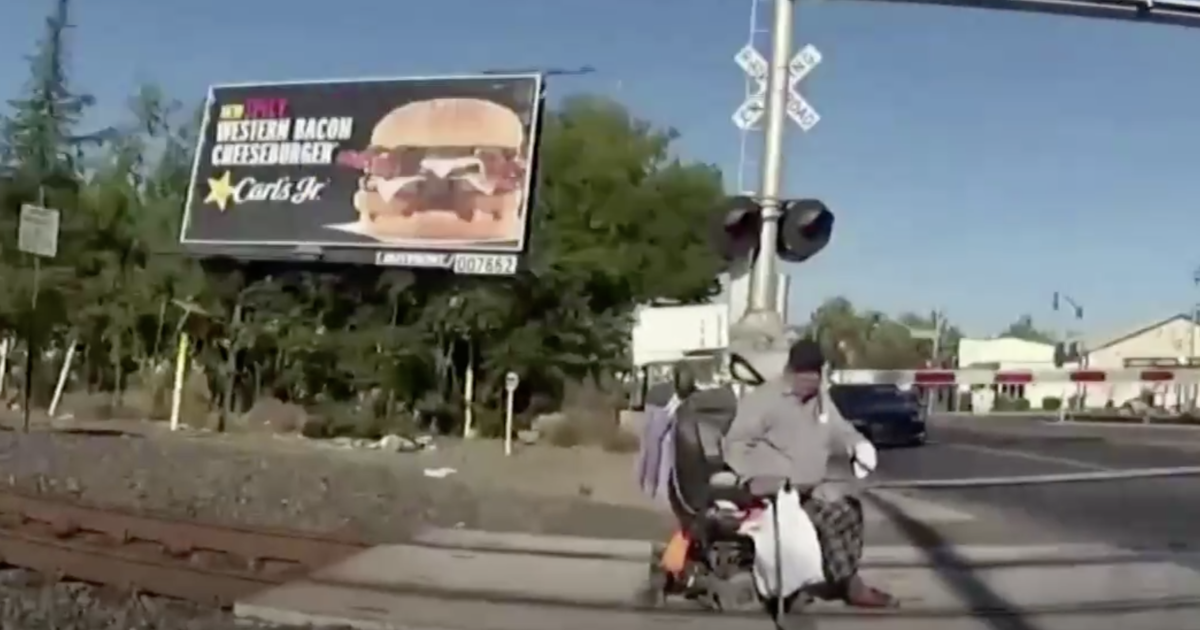 “Too many stories” of deaths, assault and harassment at Fort Hood

A daring rescue in California was caught on a police officer’s body camera – and now that officer is being praised for risking her life to save another.

On Wednesday morning, Officer Erika Urrea of the Lodi Police Department spotted a man in a wheelchair who appeared to be stuck on railroad tracks, the police department wrote on Facebook. Urrea noticed the railroad crossing arms were coming down and a train was rapidly approaching. So, she jumped out of her patrol car and ran toward the man.

Her body camera footage – which was shared by the department on social media and has since gone viral – shows her reach the man and ask if he can stand up. She then pulls him from his wheelchair, getting him just inches from the tracks seconds before the train barrels past.

Both Urrea and the man fell to the ground. The 66-year-old man suffered a leg injury, which was tended to by Urrea and another officer who arrived on the scene. The man was transported to a hospital for treatment.

“Officer Urrea risked her own life to save another and her actions prevented a tragedy today. We are extremely proud of Officer Erika Urrea and her heroism,” the Lodi Police Department wrote on Facebook.