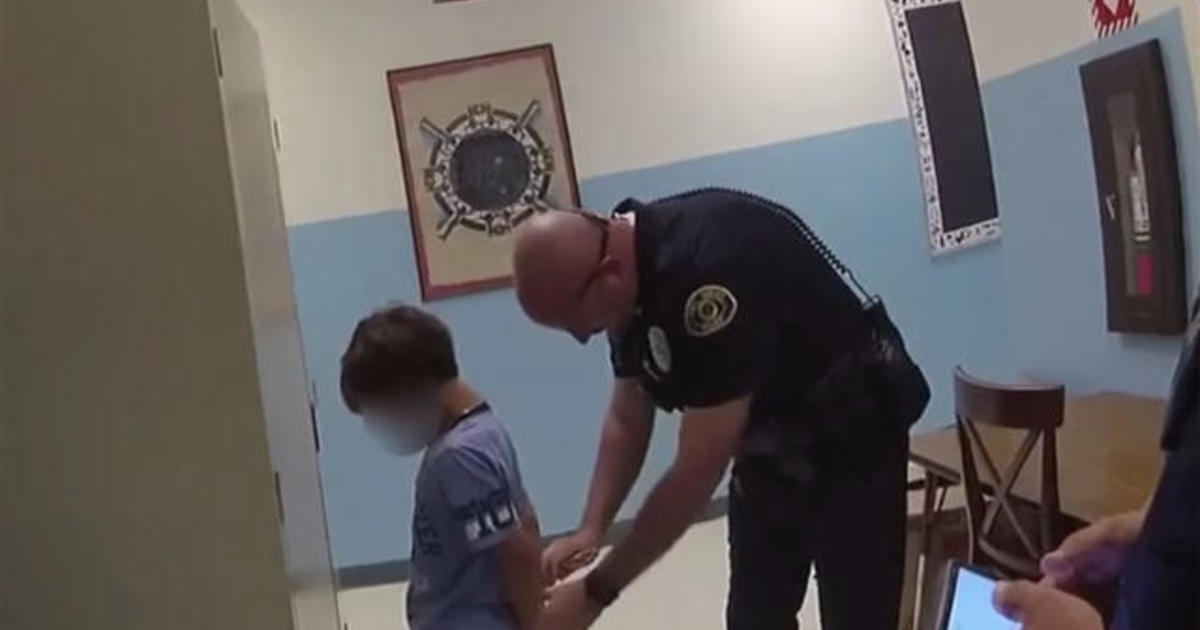 Newly-released video shows an 8-year-old boy in Key West, Florida, being arrested at school after allegedly punching a teacher in the chest in 2018. Civil rights attorney Ben Crump, who is representing the family, said the boy, who has emotional and behavioral disabilities, was charged with felony battery. The boy’s mother plans to file a federal lawsuit against the officers, school officials, the Monroe County School District and the city of Key West.