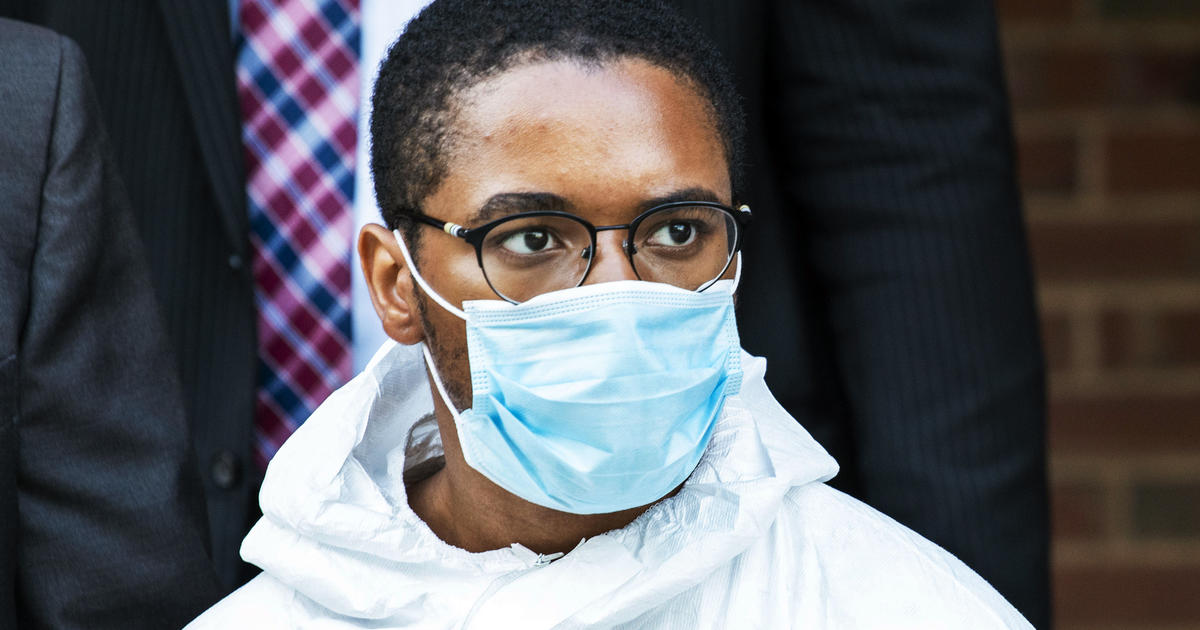 Surveillance video shows the personal assistant charged in the death of a 33-year-old tech entrepreneur found dismembered in his luxury Manhattan condo buying the electric saw and cleaning supplies that were left near the body, prosecutors said Saturday.

Tyrese Haspil, 21, was arraigned just after midnight on a charge of second-degree murder in the death of Fahim Saleh, whose beheaded and armless body was found Tuesday by a cousin. Haspil pleaded not guilty and was ordered held without bail.

Investigators have recovered security video from Monday afternoon showing a man identified as Haspil following Saleh up the elevator to the full-floor, two-bedroom apartment and shooting him with a stun gun, causing him to fall to the floor, according to the criminal complaint.

The masked person following Saleh was dressed entirely in black, according to a law enforcement official who was briefed on the case but wasn’t authorized to discuss the investigation and spoke on the condition of anonymity.

Fahim Saleh, co-founder/CEO of Gokada, explains his company’s operation during an interview with Reuters in Lagos, Nigeria May 3, 2019.

Video surveillance from a hardware store Tuesday morning shows a man identified as Haspil purchasing the saw and cleaning supplies found at the seventh-floor apartment on the Lower East Side, according to the complaint.

Haspil’s attorneys said he has had no prior contact with the criminal justice system and that there “is much more to this narrative” than the accusations and his arrest.

“We are in the very earliest stages of ferreting out the truth. The life of this case promises to be long and complex. As the attorneys for Mr. Haspil, we urge the public to keep an open mind,” read a prepared statement from Legal Aid Society attorneys Sam Roberts and Neville Mitchell.

Officers responding to the cousin’s 911 call discovered Saleh’s clothed torso, bags containing a head and arms and an electric saw in the living room of his apartment on the Lower East Side, police said.

Saleh was stabbed five times in the neck and torso and had wounds on his arm and left hand. He was dismembered just below the knees, at both shoulders and the neck, according to court papers.

Saleh’s LinkedIn biography described him as a self-taught businessman who founded Gokada, building on his experience of first “seeing an opportunity in his parent’s native country of Bangladesh” and starting that country’s largest ride-sharing company. It said he also invested in a similar venture in Colombia.