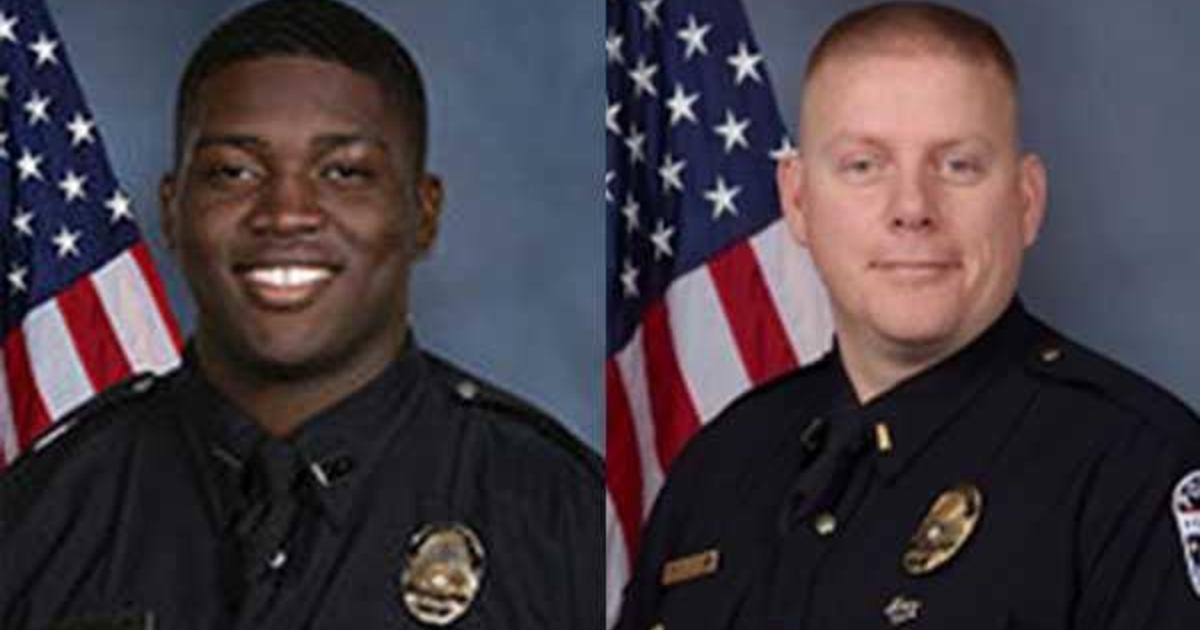 An arrest citation says video has been recovered that shows 26-year-old Larynzo Johnson shooting at two police officers who were wounded during protests in Louisville over a grand jury’s decision in the fatal shooting of Breonna Taylor.

Johnson has been charged with two counts of assault on a police officer and multiple charges of wanton endangerment of police officers.

Interim Police Chief Robert Schroeder said the two officers are “doing well and will survive their injuries.” Maj. Aubrey Gregory was shot in the hip and was treated and released from the hospital. Officer Robinson Desrouches was shot in the abdomen and underwent surgery.

Officer Robinson Desrouches, left, and Maj. Aubrey Gregory were shot during protests in Louisville over a grand jury’s decision in the fatal shooting of Breonna Taylor.

CBS affiliate WLKY reports Gregory has been one of the leaders in the department’s efforts during protests. “Some would call him the bedrock of those efforts,” Schroeder said.

The station reports that Desroches, is with LMPD’s 2nd division. As of late Thursday morning, he was still hospitalized.

Kentucky Governor Andy Beshear released a statement in the aftermath of the shooting urging protesters to remain peaceful and return home. “I’m asking everybody, please go home, go home tonight,” he said. “There will be many times over the coming days when there will be opportunities to be heard, and so many people are listening right now.”

In a statement posted to Twitter, Louisville Mayor Greg Fischer pleaded with protesters still out to go home. “If you want to protest, please return during the daylight to peaceably protest. Violence does not get us any closer to a fair, just and equitable Louisville,” he said.

Police said a total of 127 people were arrested following the announcement in the Taylor case.