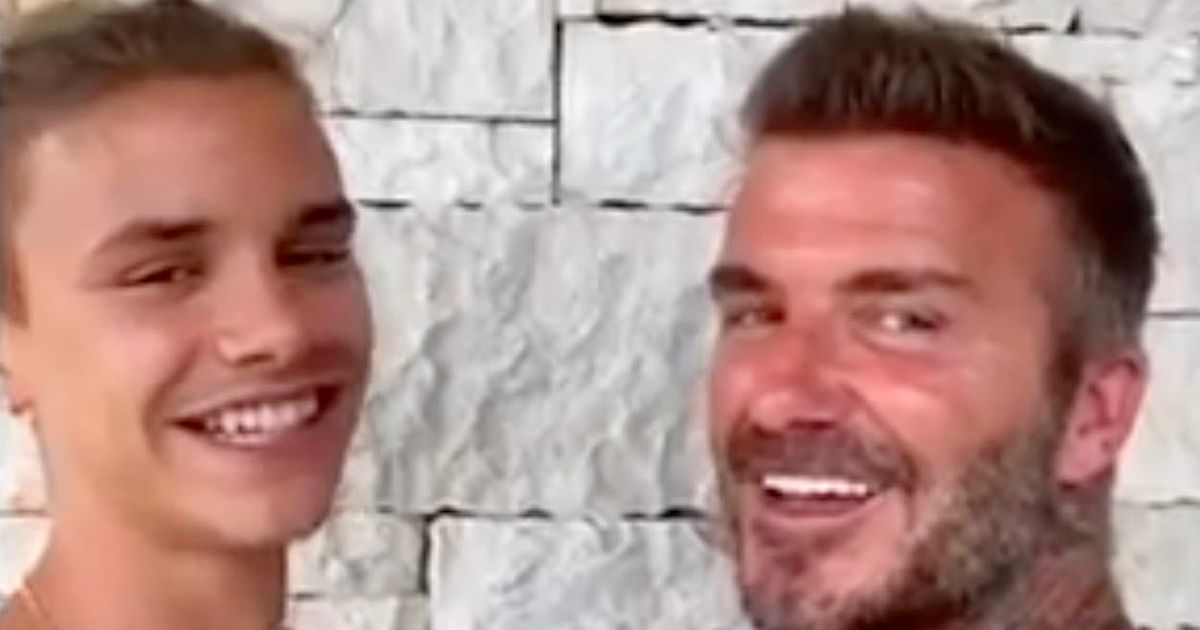 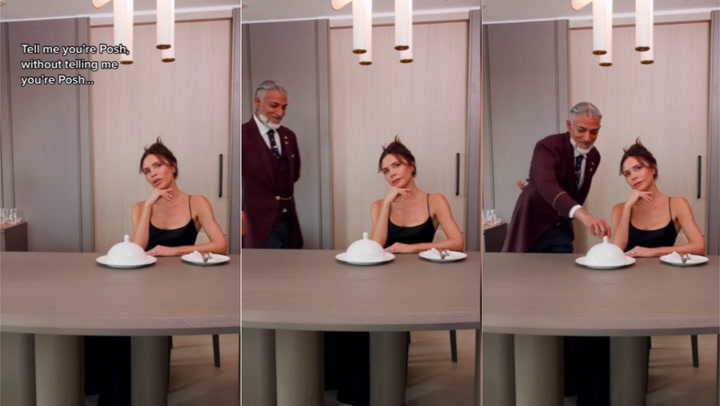 Victoria Beckham shared a sweet snap straight from the family album on Thursday of husband David and son Romeo relaxing outdoors together in matching Dior two-pieces.

The 48-year old took to Instagram to post the image of the pair, who are currently holidaying in Europe.

Fans were quick to respond to Posh Spice, as one user quipped: “I dunno, but you should start influencing both because bad double choices seen here. I love you.”

Another asked: “What are you guys wearing? Are they relax-wear or summer night PJs? I like David’s kit.”

A third commented: “Most handsome men.”

A fourth simply said: “I love the matching style!”

Romeo, 19, also shared the image, meanwhile, alongside his own caption: “Twinnin”.

Although he didn’t reply to his wife’s original version, 47-year old former footballer David said to his son: “Someone has been in my wardrobe!”

David Beckham and his three sons, Romeo, Brooklyn and Cruz

On Tuesday, meanwhile, it was revealed that Victoria is reportedly ‘worried about losing’ her eldest son Brooklyn Beckham amid her alleged feud with Nicola Peltz.

Rumours started swirling recently that Posh and her 27-year-old daughter-in-law – who Brooklyn married in April – don’t get along.

The Beckhams part-hosted the young couple’s £5 million wedding, but were reportedly not invited to sit at the top table along with their brood.

Instead, Nicola’s billionaire father and her fashion model mother took their place.

Nicola and Victoria also don’t interact with each other on social media as much as they used to prior to the wedding.

Sources claim that it’s been ‘very difficult’ for the former Spice Girl to watch her son grow close to Nicola’s family.

“I think it’s very difficult for Victoria, coming from a tight-knit family, to see her son grow close to his in-laws,” they said to new magazine.

“Like any mum, she worries she could be losing him, and I think she is determined to stay on Nicola’s good side to ensure that doesn’t happen.”

According to the source, the duo haven’t fallen out but realised over time that ‘they don’t really click’ as ‘they’re different people’.