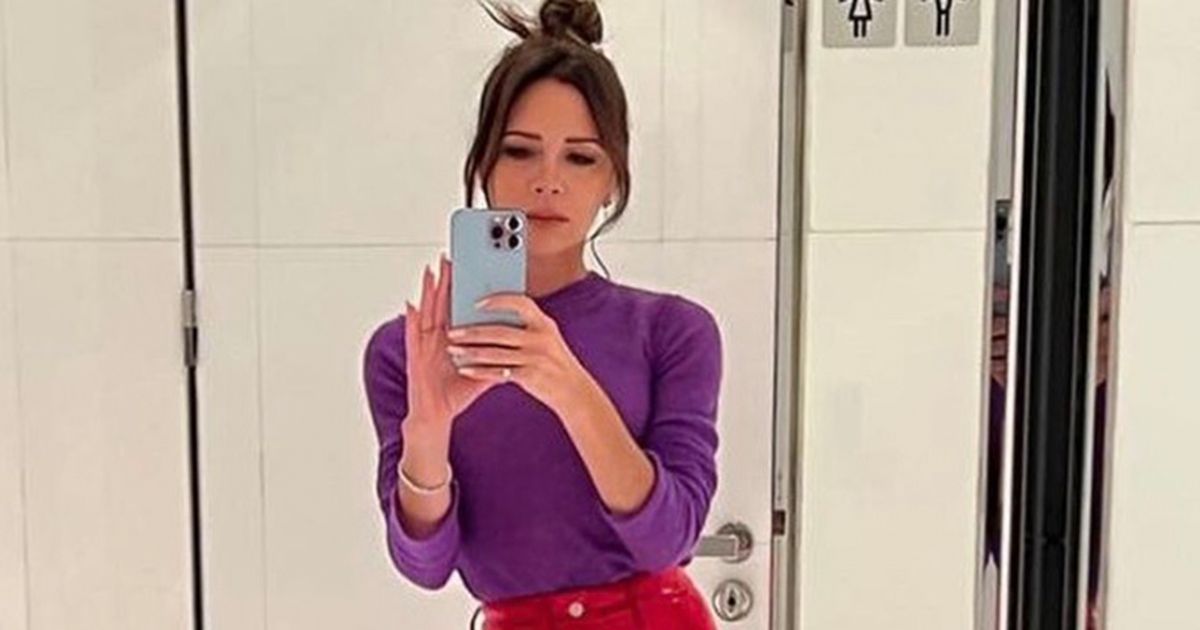 After she posed in her red PVC ‘sexpants’ on Instagram on Tuesday, Victoria Beckham’s son Cruz, 17, couldn’t help but ask his fashion designer mother for his very own custom pair – leaving Posh Spice feeling very ‘cool’ and even considering a menswear line 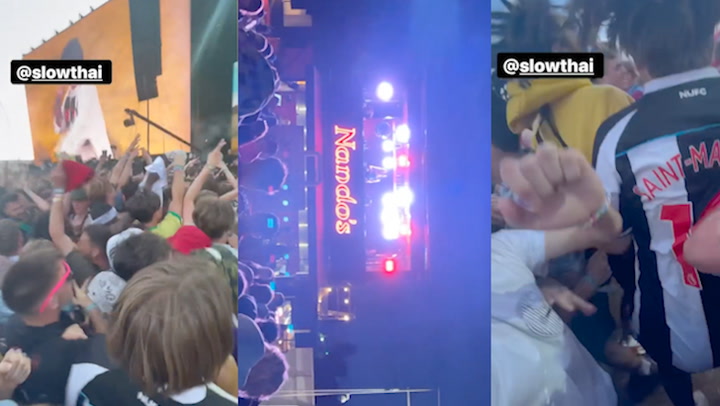 Cruz Beckham parties with pals at Reading Festival in 2021

Fashion designer Victoria Beckham has been enthusiastically celebrating dressing a new fan of her work – her teenage son!

After debuting some red PVC trousers on Instagram with a selfie on Tuesday – dubbing them her ‘#sexpants’ – the Spice Girl singer’s son Cruz Beckham, 17, decided to follow in his mother’s footsteps and “cop a pair” himself.

The teenager’s love of his mum’s creation led to the former singer asking if she was ‘cool yet’, and even teasing a possible menswear line in the future.

Posing in a spacious bathroom in a snap shared with her Instagram followers, Victoria, 48, looked sensational as she posed up a storm in the skin-tight red trousers and a figure-hugging purple jumper.

Victoria Beckham attracted many compliments on her skin-tight red trousers

“The plastic pants strike again so it called for a bathroom selfie [laughing-face emojis] #sexpants,” the mum-of-four captioned the image – referring to the time she named a black version of similar trousers her ‘sex pants’.

Cruz – who caused a storm with a topless photoshoot earlier this year – was one of the thousands to like and admire his mum’s Instagram update.

“Uno I had to cop a pair [ fire emoji] [heart emoji],” the aspiring singer quipped underneath Victoria’s selfie – going on to reveal how the designer created him his very own custom pair of red PVC trousers.

Cruz posing in his custom creation

Proudly posing on the stairs on one of the Beckham family homes, Cruz teamed his slightly-baggier PVC slacks with a casual T-shirt, white sneakers and a minimal jewellery.

Victoria was so pleased with Cruz’s love of her PVC pants she went on to share some more snaps of her son in her handy-work over on her Instagram Stories.

“He loves his VB pants so much he took them to the fashion steps,” the designer told her 30.1million followers when captioning a shot from Cruz’s at-home photoshoot.

After Cruz gushed over her design on his own Instagram page, Posh Spice went on to ask to ask: “Does this make me cool Cruz?!?”

Victoria first wore the daring PVC trousers back in December 2020 when she enjoyed a date night with her husband, former Manchester United player David Beckham.

Victoria first donned the ‘sex pants’ in a black version

At the time the designer – who shares four children with the retired footballer – cheekily named the black version of the skin-tight creation her ‘sex pants’ before questioning what beau David would be wearing for their evening out together.

Alongside a snap of her in the kitchen, the mum-of-four wrote: “Domestic goddesses wear plastic pants! Sorting the kid’s snacks before date night… can’t wait to see what you’re wearing @davidbeckham #sexpants.”

In the image, Victoria can be seen from behind standing on a ladder in the Beckham family kitchen, with the black PVC trousers hugging her legs and framing her bottom.

The singer-turned-designer has long been a lover of leather and PVC clothing – famously donning matching leather outfits with husband David back in the 90s and 00s.

David and Victoria in the infamous matching leather Versace suits

The designer looks back on her past style choices with love

“It just seemed like a really good idea at the time,” Victoria confessed on The Tonight Show last year when discussed her past fashion choices.

“It really did. I think there was a naivety then, we didn’t know about fashion. We were just having fun with it,” she added when chatting all things fashion with host Jimmy Fallon.

“We didn’t know about fashion. We were just having fun with it, which to be honest with you, is kind of the way it should be. I really wish I had the courage to do it more now.”