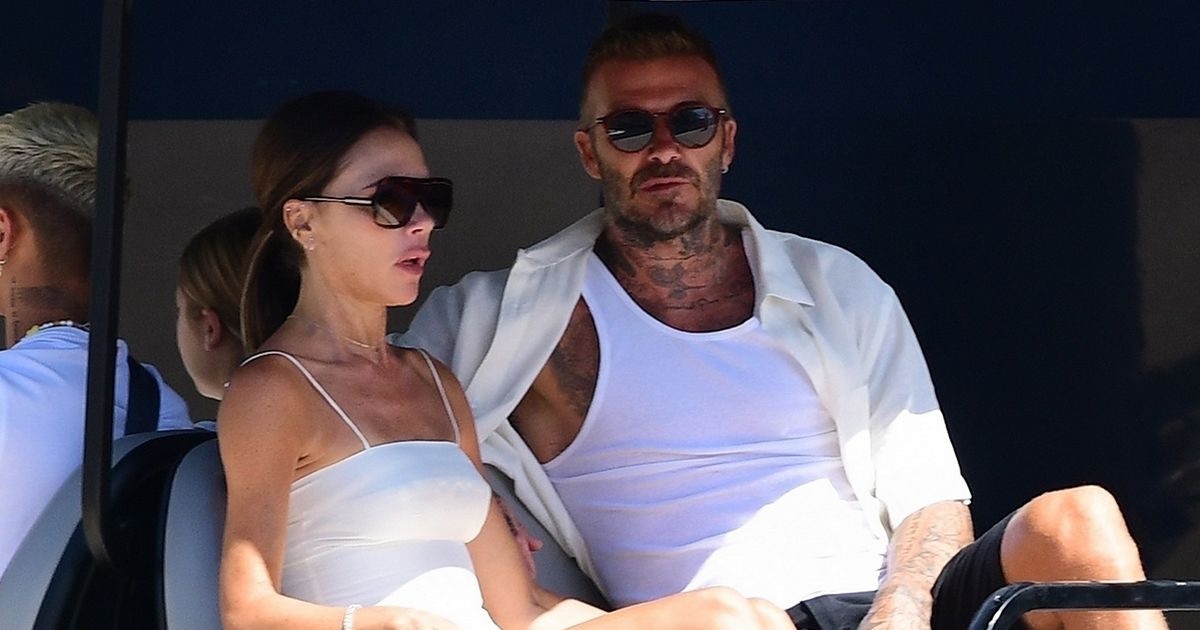 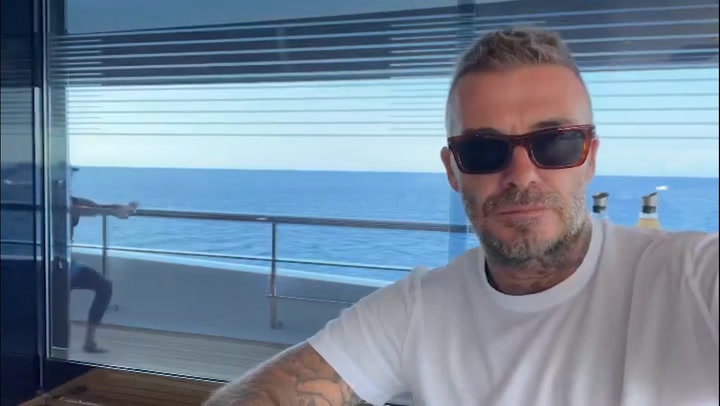 David Beckham catches Victoria lunging while on their holiday

David and Victoria Beckham have shown they were made for each other as they co-ordinated their outfits while enjoying a trip on their superyacht.

Posh and Becks treated two of their children, Romeo and Harper, to a day out in Palm Beach on the yacht, which is thought to be worth around £5 million.

Victoria, 48, looked elegant in a white mini dress which was complete with spaghetti straps. She wore black flip flops and accessorised her outfit with a fluffy yellow handbag.

The fashion brand owner and former Spice Girl finished her look with a silver bracelet and a pair of huge black sunglasses. Her dark brown hair was pulled back into a ponytail.

Matching his wife, 47-year-old David wore a white vest top underneath a smart white shirt. He had the sleeves rolled up to the elbows to show off his many tattoos.

The couple were spotted riding in the back of a carryall vehicle, with Romeo driving and Harper sat next to her brother as they made their way towards the luxury vessel.

It’s not the first time Victoria and David have embraced his and hers fashion with matching outfits, with the couple both opting for yellow clothes as they celebrated their 23rd wedding anniversary last month.

The loved-up pair, who tied the knot back in 1999, got dressed up for a day out in the romantic city of Paris with David wearing a yellow short-sleeve jumper and Victoria opting for a beautiful yellow maxi dress.

The couple previously matched in Paris

Absent from the luxury superyacht trip were the couple’s sons Cruz and Brooklyn.

It has recently been reported that Victoria is “worried about losing” Brooklyn amid her alleged feud with his wife Nicola Peltz.

Rumours started swirling recently that the former Spice Girl and her 27-year-old daughter-in-law – who Brooklyn married in April – don’t get along as it had been noted their interactions on Instagram had appeared to stop.

Sources claim it has been ‘very difficult’ for Victoria to watch her son grow close to Nicola’s family.

It was rumoured that Nicola and Victoria don’t get along

“I think it’s very difficult for Victoria, coming from a tight-knit family, to see her son grow close to his in-laws,” they said to new! magazine.

“Like any mum, she worries she could be losing him, and I think she is determined to stay on Nicola’s good side to ensure that doesn’t happen.”

According to the source, the duo haven’t fallen out but realised over time that ‘they don’t really click’ as ‘they’re different people’.