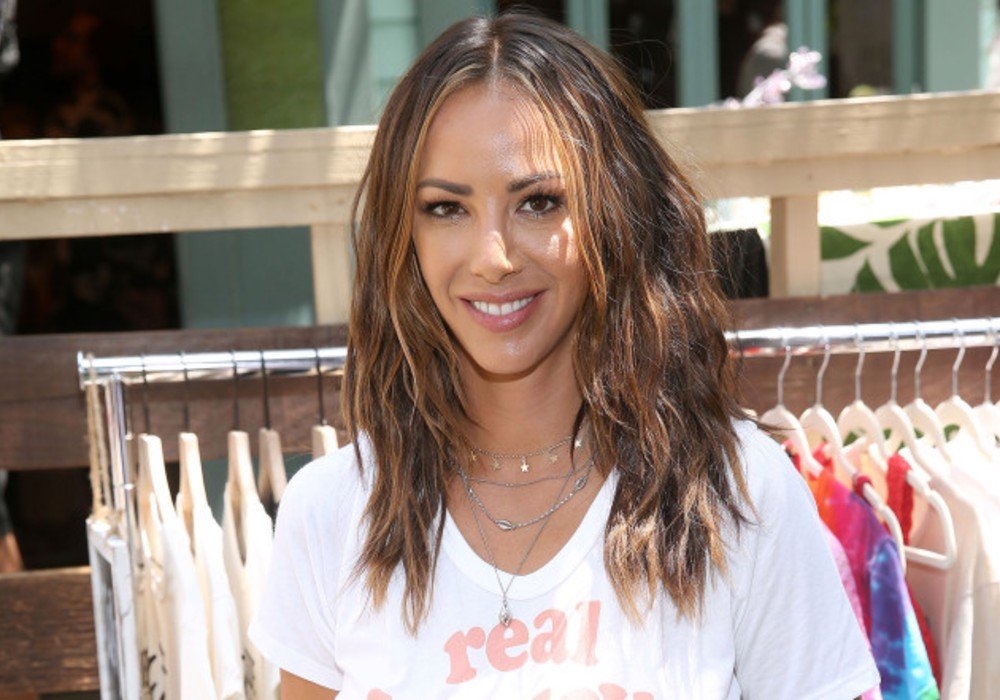 Vanderpump Rules – Kristen Doute Opens Up About Getting Fired, Says Bravo Should Have Done This One Thing Differently

Former Vanderpump Rules star Kristen Doute is speaking out after getting fired from the Bravo reality show last month. Both Doute and Stassi Schroeder were unexpectedly terminated after Faith Stowers – the only black cast member in VPR’s eight seasons – revealed that they called the police on her for a crime she didn’t commit.

During an appearance on the Hollywood Raw podcast with Dax Holt and Adam Glyn, Doute revealed that she didn’t find out about being fired until about five minutes before the news broke.

Our book comes out in 4 days and it’s all feeling so real…! All of you with your pre-orders and support make me emotional. Also, when you write a book, you get an author photo. This is mine. 🦋 #HMYC

The 37-year-old said that her lawyer called her and “dropped the note” that she was no longer going to be on the show. Doute explained that if the call would have happened five minutes later, she probably would have heard about it on the news.

Since then, Doute says she hasn’t heard a word from her former SUR boss, Lisa Vanderpump, and Bravo star Andy Cohen has sent one direct message to say “Hang in there.”

Doute said that her boyfriend, Alex Menache, and “all of the OG cast members” from Vanderpump Rules have been her support system since losing her job.

She also admitted that this was a “perfectly wide-open door” for Bravo to take the initiative and have this conversation about race, but she wishes they would have done one thing differently. Doute believes that it would have been better if Bravo would have filmed having a difficult conversation with her and Schroeder before firing them.

“And I know this probably sounds super selfish for someone that’s canceled to say they don’t believe in cancel-culture, but the reason why is I believe we are in such a detrimental point in our pop culture to political to full society where people in my position, we could literally be put to the test and forced to have these difficult conversations,” said Doute. “Being forced to show the public that we are doing action. I think there was something better, something smarter they could have done rather than passing along the ‘you’re off of the show note’ to my attorney like the game of telephone.”

Doute added that having that conversation would have helped her, and it would have also helped others in the cast and the public, especially the younger generations that watch Vanderpump Rules.

She says that would have given them a bigger platform to work together and do more charity work. Instead of telling someone that you don’t like the mistake they made and canceling them, Doute says we should be making people do better because that is how society will improve.

Read More: Vanderpump Rules – Kristen Doute Opens Up About Getting Fired, Says Bravo Should Have Done This One Thing Differently

« Goldenglue Left Golden Guardians, Will Look Into A Possible Coaching Position In The Future