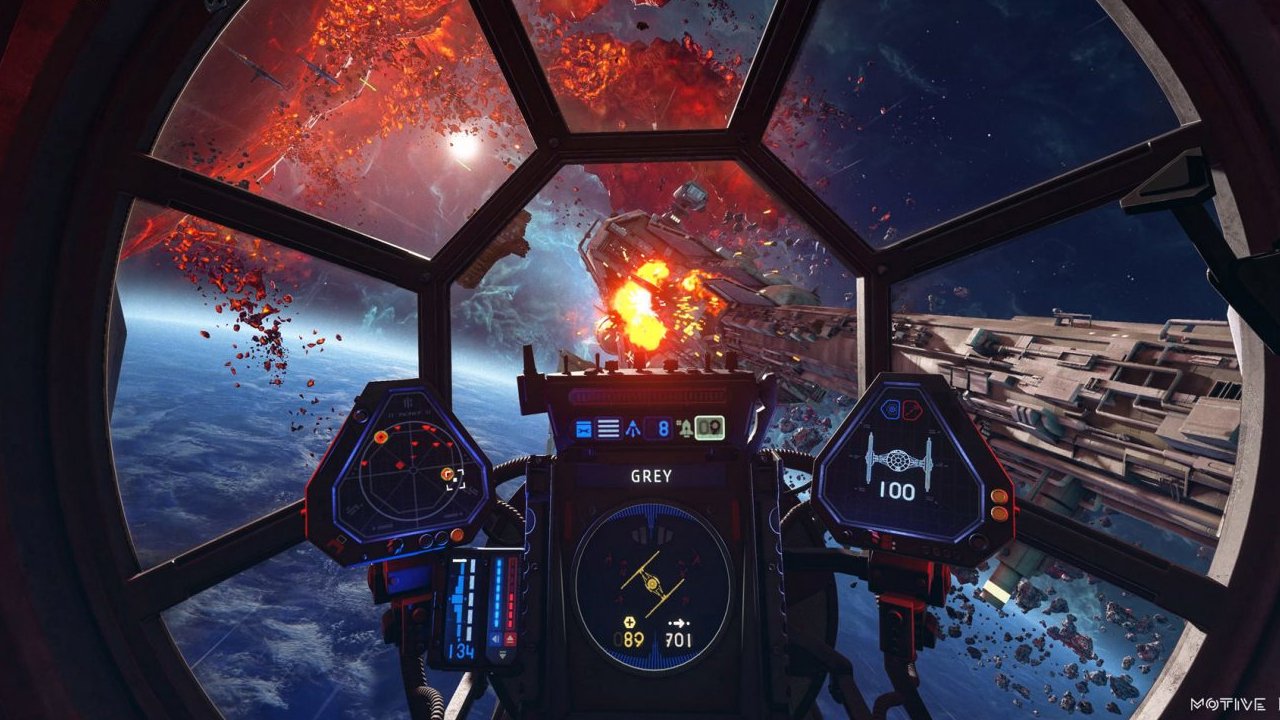 Star Wars: Squadrons took the spotlight in the recent EA Play Live 2020 showcase. On top of that, the EA title seems to be the most promising we’ve seen in a long time, and the developers shared some insight on the classified eight Starfighters.

These same Starfighters will be ported when Star Wars: Squadrons launches on October 2nd.

With no further ado, here are the Starfighters presented and explained in detail in hierarchical order:

In total, there are four starfighter classes: Fighters, Bombers, Interceptors, and Support ships. Between the two factions, each class of ship is relatively balanced compared to its counterpart. The only major difference is that the four New Republic starfighters (X-, Y-, A-, and U-wings) plus the TIE reaper have shields while the other three TIEs do not. To compensate for this, these three TIEs have slightly higher speed, agility, and offensive capabilities. They can also divert emergency power into either engines or lasers for a brief power surge, as mentioned before.

Fighter-class ships are some of the most balanced ships in Star Wars: Squadrons. They’re good at dogfighting, quite agile, and can take a hit, making them exceptionally flexible starfighters that can adapt to any situation. Though they typically won’t excel in any specific area like the other starfighters, they’re great as an all-purpose playstyle. The iconic X-wing and TIE fighter make up this class. Meanwhile, Interceptor-class ships are uniquely tailored for dogfighting. These ships have very high speed and lasers to match, but they’re glass-cannons, too. They dish out a lot more damage than they can take, making them well-suited for hit-and-fade attacks or picking off enemy ships. The beloved A-wing and TIE interceptor make up this class.

Then there are the Bomber-class starfighters which live up to their name. These ships, though slower-moving, can take a lot of damage and deal out even more. You’ll want these in your squadrons when it’s time to do bombing runs on enemy capital ships and their accompanying cruisers, but don’t underestimate them in a dogfight. While they aren’t as nimble or agile as other starfighters, they can reliably hold their own in a fight and take down an enemy ship faster than most others, making them ideal frontline fighters. The hardy Y-wing and TIE bomber are part of this class.

And last but certainly not least are the Support-class starfighters. In Star Wars: Squadrons, these ships are dedicated to keeping their allies in the fight by resupplying and repairing them. They are also uniquely suited for building defensive and offensive capabilities. They can use tractor beams to stop or slow enemies, drop mines to entrap and take out foes, and deploy turrets on the go to bring some additional firepower to a location, changing the way both squadrons fight and fly. Though they’re less agile than other starfighters and don’t usually deal as much damage, they’re great at disabling enemy ships while helping their squadron, making them excellent to have on your wings for any engagement. The reliable U-wing and TIE reaper are the two in this ship class.

What do you think about Star Wars: Squadrons? Check back for more updates!