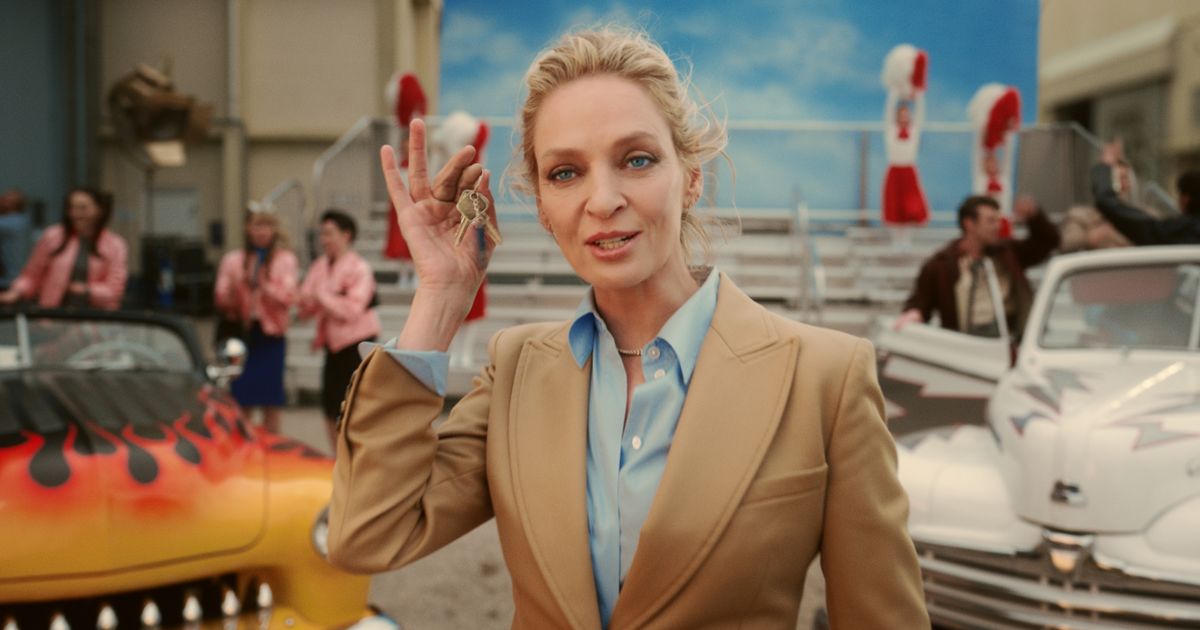 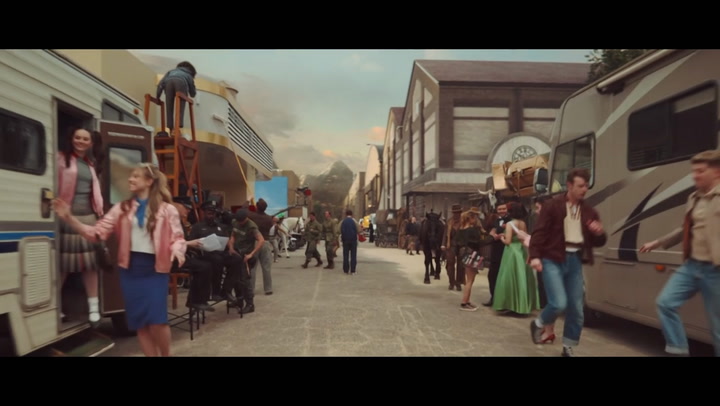 Uma Thurman and Jack Whitehall lead a star-studded cast in a comical short film to mark the launch of new streaming service, Paramount+.

The video, filmed in the UK, follows a nervous new intern, dubbed Paramount Pete, as he is whizzed around a studio lot by Jack Whitehall, attempting to deliver hundreds of coffee orders to famous faces there.

His journey sees him hand over cups of the hot beverage to stars such as Christina Ricci, Miranda Cosgrove, Trixie Mattel, Sonequa Martin-Green, Halo’s Master Chief, and GhostFace from the Scream film series.

The two-minute video sees Jack Whitehall driving Pete around in a golf buggy, after being handed the keys by Uma Thurman – with Naomie Harris also making an appearance.

It comes ahead of Paramount+ launching this week.

And to mark the new streaming service with a bang, the glamour of Hollywood will be coming to Birmingham tomorrow – with a magnificent drone show featuring 600 drones.

The geniuses behind the Queen’s Jubilee drone show, who wowed millions with the light display above Buckingham Palace featuring images of a giant corgi, are working their magic again.

Featuring more than 400 of the drones used in the jubilee show, the nine-minute spectacle will bring the glamour of Hollywood, Los Angeles, more than 5,000 miles to its West Midlands namesake.

The drones will fly 600ft in the air above Hollywood Golf Club, in Bromsgrove, at 10.30pm on Tuesday, June 21st – recreating iconic characters and scenes from Star Trek, Spongebob Squarepants and Mission: Impossible.

Co-founder and director of SKYMAGIC, the firm behind the Queen’s Jubilee drone show, Mungo Denison, said: “This show has taken months to finesse, due to the attention to detail required to give a faithful representation of the various characters we are depicting.

“It is quite a romp through Paramount’s most extraordinarily well-known characters and iconic images. It’s a phenomenal programming line up.

“This is the largest drone show the UK has ever seen, and where better to showcase this content but Hollywood. We will light up the night there.”

The drone show will also feature a QR code, which viewers will be able to scan and be treated to a free seven-day trial of the streaming service.

Paramount+, which will be available in the UK and Ireland from 22 June, will include exclusive originals, blockbuster films from Paramount Pictures, and a wide selection of its most iconic shows – including HALO, Star Trek: Strange New Worlds, The First Lady, and kids’ favourites Kamp Koral: SpongeBob’s Under Years and PAW Patrol: The Movie.