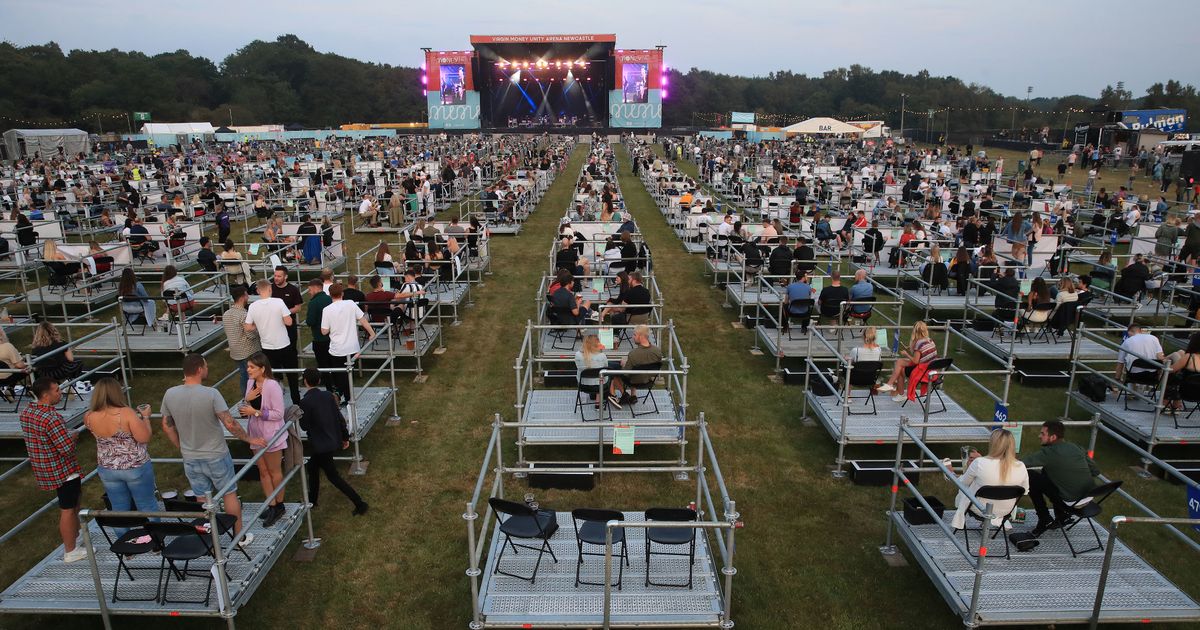 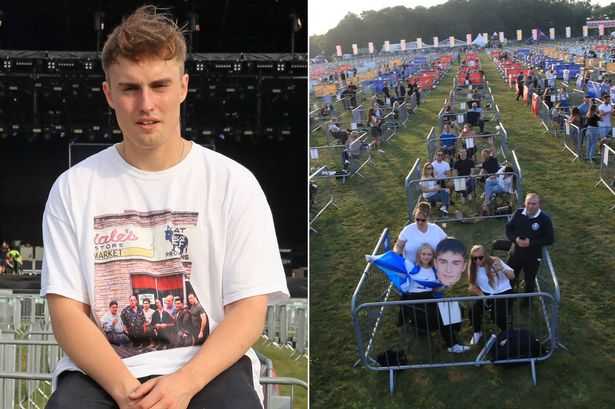 Musician Sam Fender took to the stage at Gosforth Park and fans watched him rock out as they sat in penned off areas.

A number of people attending the concert took to social media to share snaps from the event that showed off gated sections kitted out with tables and chairs.

Concert-goers were seated in their own viewing platforms and be able to order food and drinks to reduce the risk of the spread of coronavirus. 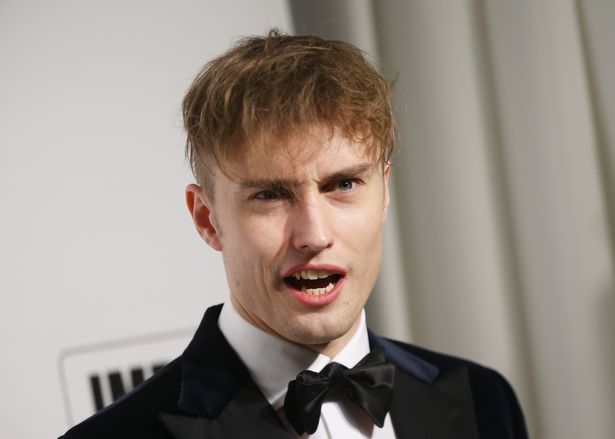 Proving that some music fans were not too fussed by the new normal, many praised the set-up that was worlds away from mosh pits and people bashing into one another as they swayed to the music in one massive crowd. 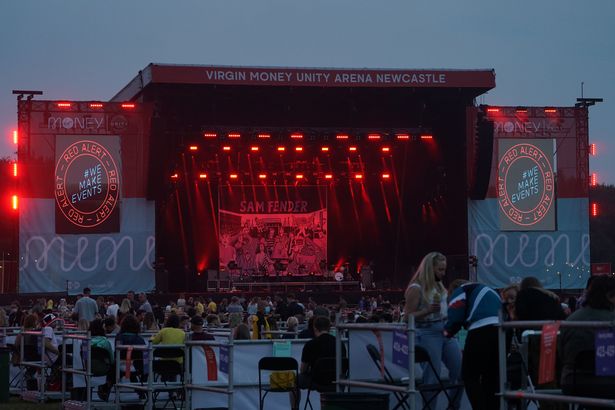 Another added: “Socially distanced #samfender gig, should be canny canny so far.”

A third admitted it was “strange” but thought it was a good idea, as they penned: “Sam Fender in Newcastle tonight. It all looks very strange but fair play to the organisers for finding a way to get live music out there again.”

Others were not so taken with the set-up and longed for the past. 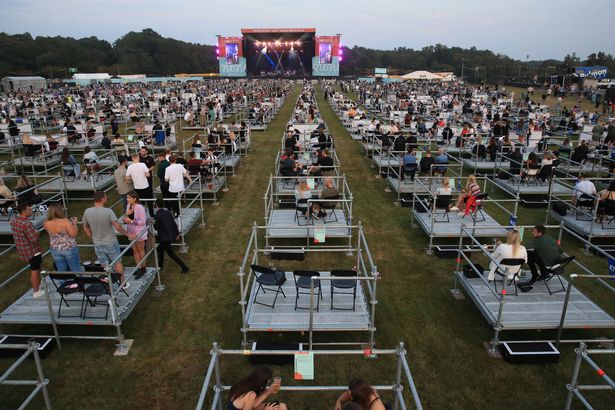 One upset fan typed: “Love Sam Fender but if that’s what the future is, count me out. That’s not what gigs are for me. It’s the atmosphere of being surrounded by others captivated by whats going on on the stage loving life..”

A second micro-blogged: “Super interesting /weird that Sam Fender is having a 2500 capacity concert with ‘scaffolds’ for groups of 5 to stay in/it’s people you know. It’s a huge venue so it’s possible to social distance but. Y’all it’s not time.”

The gig – which was organised by Virgin Money and SSD Concerts – had a one-way system in place, along with 500 mini enclosures, spaced 2 metres apart in order to keep fans in bubbles of five people. 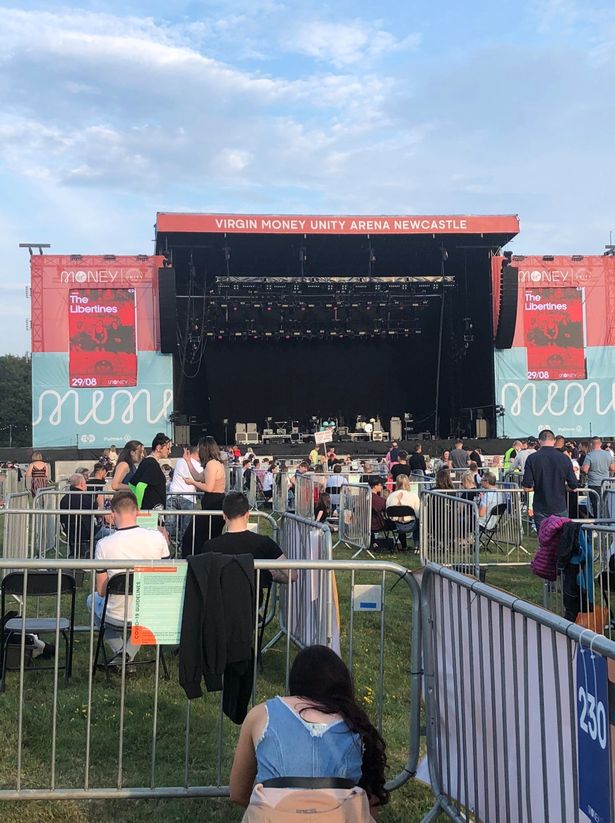 “As you can see it’s a vast site – 45,000 sq metres, the equivalent of over six football pitches, which is crazy,” said SSD Concerts’ Steve Davis.

“We’ve also got lots more toilets than we would usually have for normal festivals to keep people apart,” he explained. “Hopefully groups together on their platforms in their own bubbles will have a good time and still get the vibe of a really good concert experience.”