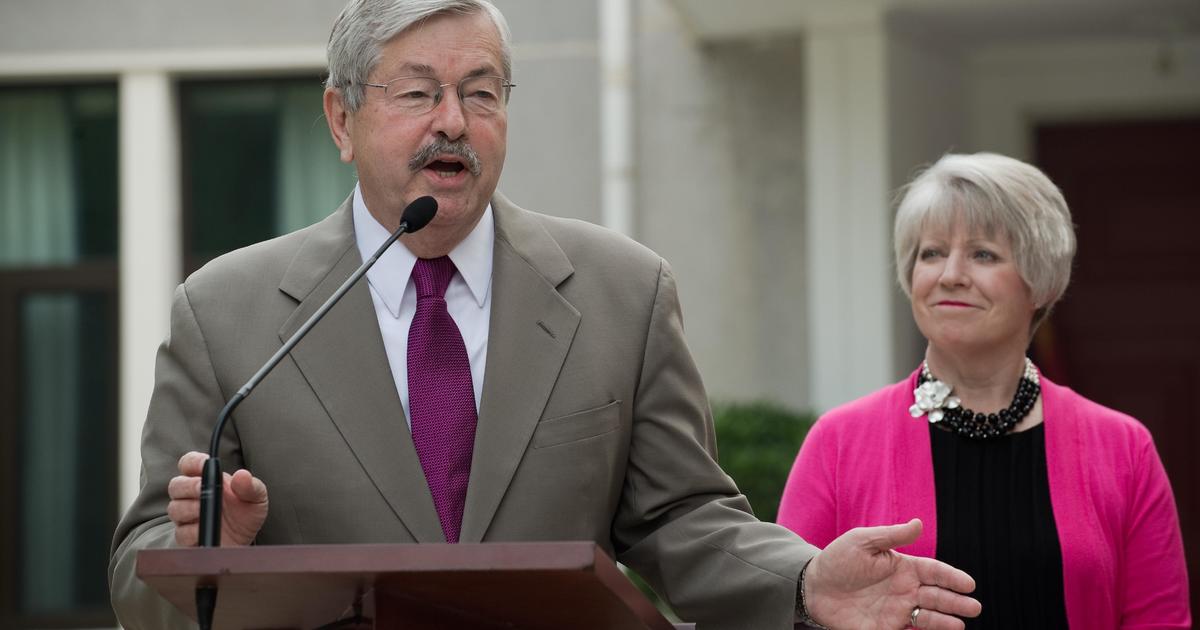 U.S. Ambassador to China Terry Branstad is stepping down

U.S. Ambassador to China Terry Branstad is stepping down amid increasingly strained ties between the world’s two biggest economies, Secretary of State Mike Pompeo announced Monday on Twitter. Thanking Branstad for his service, Pompeo said in a tweet that he had “contributed to rebalancing U.S.-China relations so that it is results-oriented, reciprocal, and fair.”

The reasons for the ambassador’s departure, which the U.S. Embassy later confirmed in a statement, were not immediately clear.

China’s Ministry of Foreign Affairs acknowledged Pompeo’s tweet, but said it had not received notice of Branstad’s resignation.

I thank Ambassador Terry Branstad for his more than three years of service to the American people as U.S. Ambassador to the People’s Republic of China.

There was no immediate indication from Pompeo or the U.S. embassy as to who President Trump might nominate to replace Branstad, or what the GOP veteran’s next step might be.

In a statement, the U.S. Embassy in Beijing said Branstad would “retire from his position as U.S. envoy and depart Beijing in early October. The Ambassador confirmed his decision to President Trump by phone last week.”

The statement said Branstad had thanked embassy staff in Beijing on Monday, quoting him as saying he was, “proudest of our work in getting the Phase One trade deal and delivering tangible results for our communities back home. Our goal remains meaningful, measurable results for American families. We have made significant progress and we will not stop pressing for more.”

The 73-year-old, who served as governor of Iowa for more than 20 years across two spells, had been in his post since May 2017, representing Washington in Beijing during a period when tensions with China were heightened over trade, regional territorial claims, the coronavirus pandemic, and unrest in Hong Kong.

In June, he was summoned by Beijing after President Donald Trump signed a law that paved the way for sanctions over Hong Kong, an action the foreign ministry slammed as “gross interference in China’s internal affairs.”

Last year, he called on Beijing to open a “substantive dialogue” with the Dalai Lama during a rare visit to Tibet, a region where the central government is accused of widespread repression.

An early supporter of Mr. Trump’s run for the White House in 2016, Branstad was appointed soon after the election.

At the time, Mr. Trump’s transition team praised his “tremendous understanding of China and Chinese people.”

He was reported to have a long-standing relationship with Chinese President Xi Jinping, whom he first met in the 1980s.

Where the presidential race stands 50 days out »