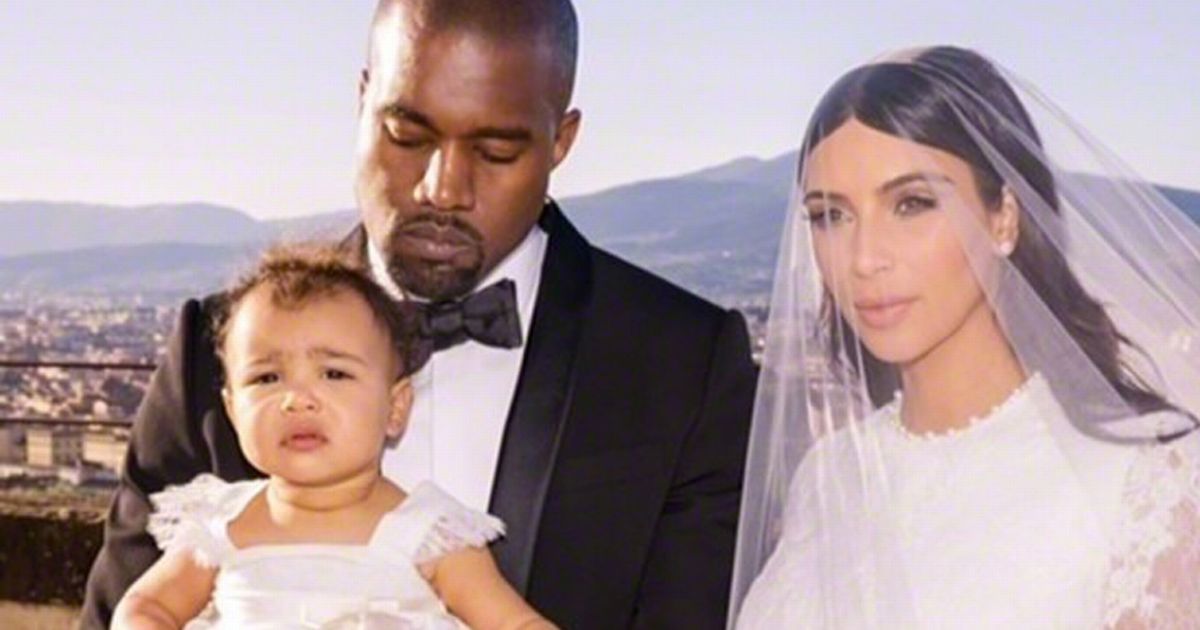 Kim Kardashian is said to be ‘shocked beyond words’ after her husband Kanye West told the world they’d almost aborted their first-born, North.

In a bizarre speech at his first presidential rally in South Carolina on Sunday, Kanye claimed Kim had the abortion pills ‘in her hand’ before he received a ‘message from god’ and they decided to keep their daughter, now seven.

He said: “My girlfriend called me screaming, crying. I’m a rapper. And she said I’m pregnant. She was crying.”

Kanye, who was working away in Paris at the time, said his laptop screen suddenly went to black and white and he knew it was a sign. 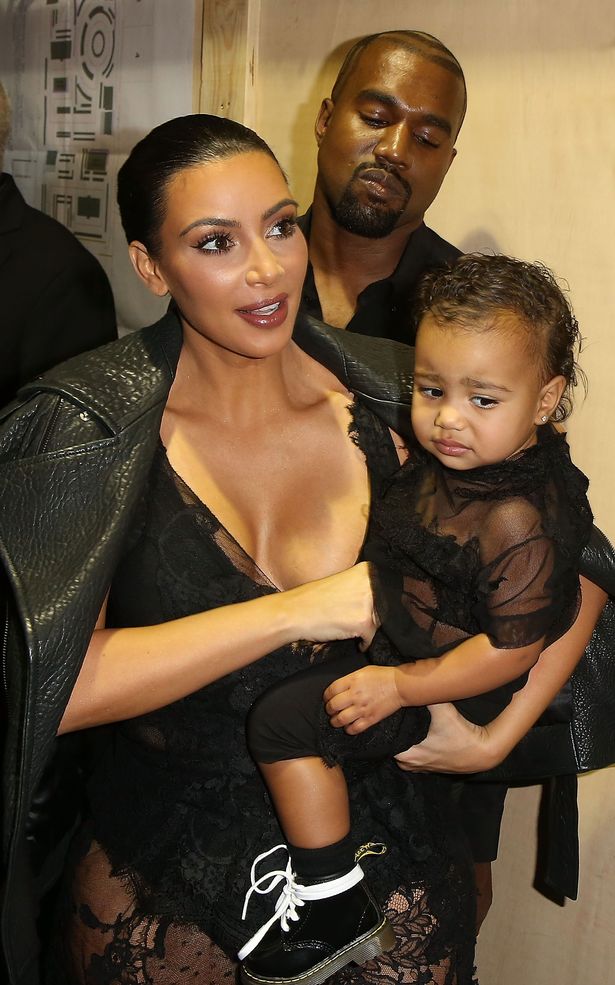 He continued: “God said, if you f*** with my vision I f*** with yours. And I called my girlfriend and said we’re going to have this child.”

Currently said to be in the grips of a bipolar episode, his outburst has left his family fearing he’s in ‘desperate need of professional help’, according to TMZ.com.

But anticipating Kim would be less than thrilled with his remarks, Kanye also told the crowd: “Even if my wife were to divorce me after this speech, she brought North into this world, when I did not want to.’

Bursting into tears, he added: “She had the pills in her hand! I almost killed my daughter!”

Kim was still technically married to Kris Humphries when she conceived North in 2012 and had only been with Kanye for six months. 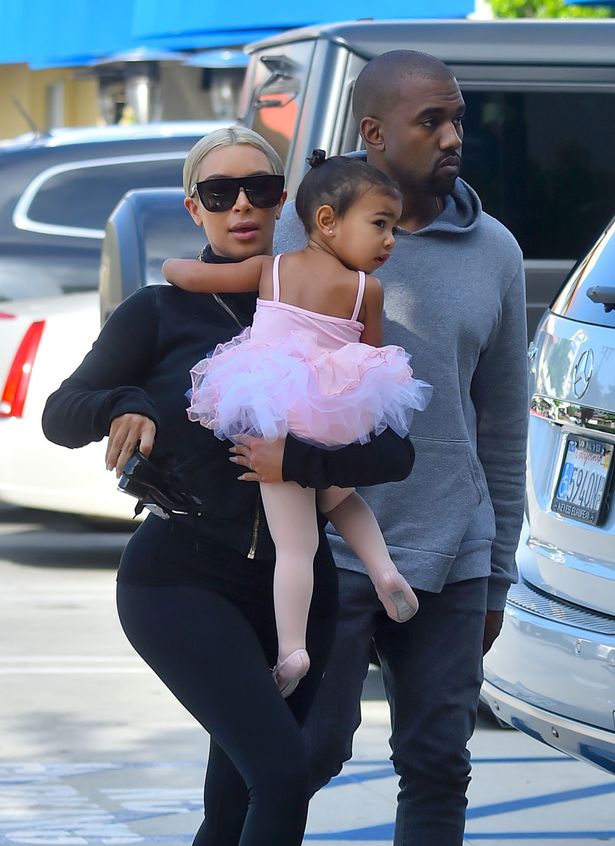 Back then, Kris was refusing to end their 72 day marriage unless she admitted it had been a sham – which she refused to do. They eventually settled out of court just two weeks before North was born.

And Kim has previously admitted that initially she was indeed unsure about the pregnancy and her future with Kanye.

She told the All’s Fair with Laura Wasser podcast: “At the time, I didn’t know – were we gonna get married? Were we gonna have this baby? It was all new territory to me and I was so scared.”

The reality star was so ‘freaked out’ by the positive pregnancy test that Kanye had to fly to London to calm her down. 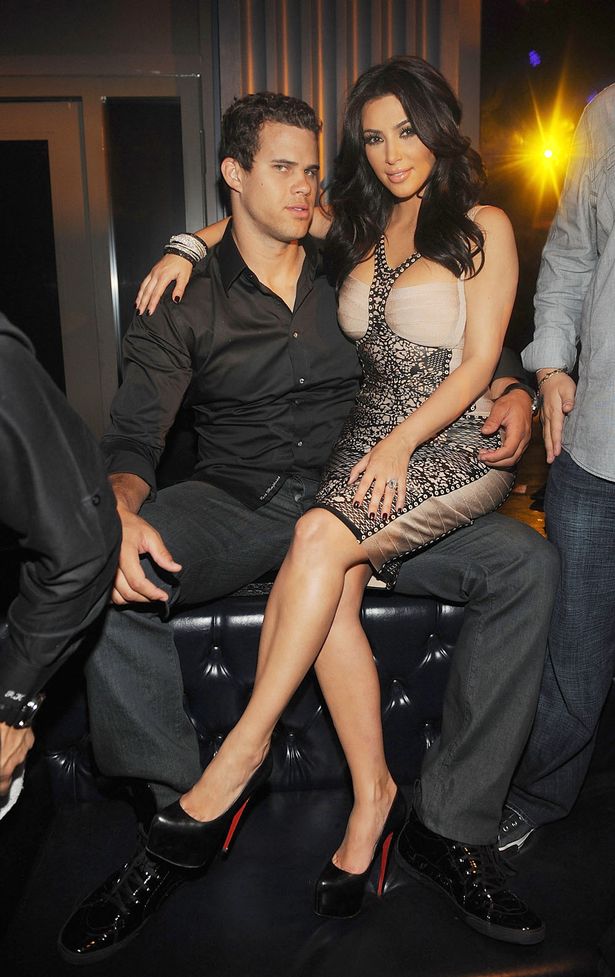 But all that changed in November 2012 when Kim started to bleed heavily and doctors couldn’t find her baby’s heartbeat.

“I thought I’d had a miscarriage because I was really heavily bleeding and in so much pain in Miami,” she said.

“I went in because you have to go in and do a [dilation and curettage] to clean out the miscarriage. My doctor said, ‘Come in the morning.

“We’ll do it Thanksgiving night so no one will see you.’ I went in and there was no heartbeat and he said, ‘You had a miscarriage.’”

She was told to return to hospital the next day for the operation, but a final scan delivered news neither she or Kanye had expected. 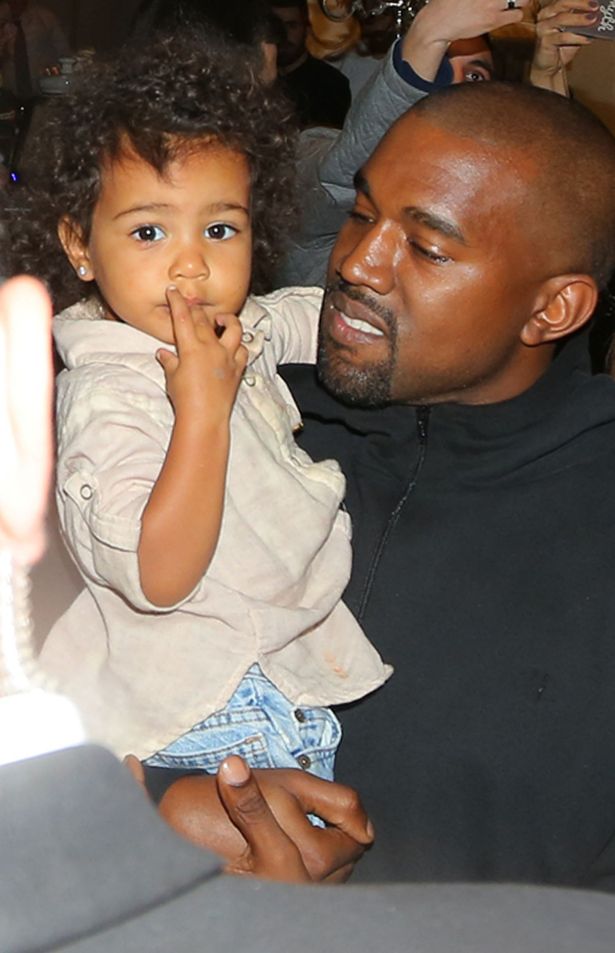 But while North might have been a surprise, both Kim and Kanye have hinted that she wasn’t completely unplanned.

“It’s getting exhausting. We try every single day,” Kim, who had previously been told she would never be able to get pregnant, said.

Meanwhile, Kanye’s comments come on the back of mounting rumours of trouble in paradise, with one source telling Radar Online their marriage is ‘really strange’. Here’s the latest… 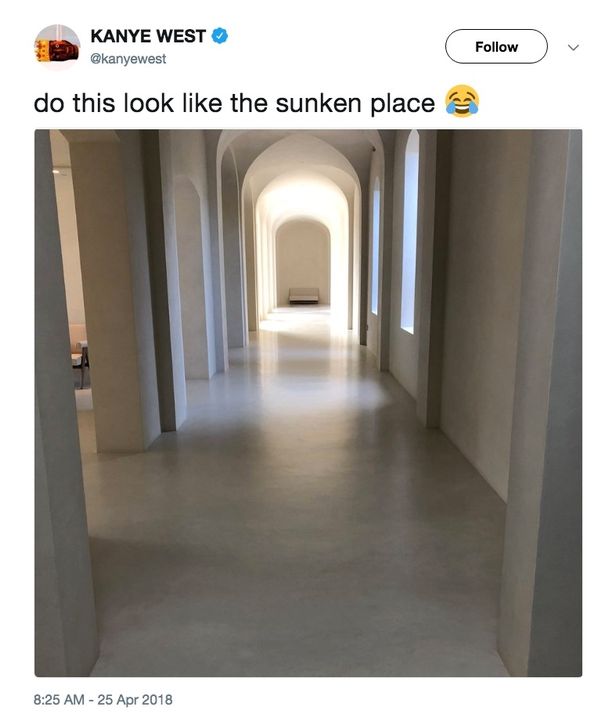 The couple spent a staggering £46million on their cavernous eight-bedroom, 10 bathroom property which doesn’t have a single interior door. Not even on the loo.

Little was initially known about the inside of their cave-like pad after Kanye apparently banned Kim from talking about it – only to suddenly share shots of the stark interior himself in April 2018.

From the floors and walls to the furniture, everything is white, in spite of the fact they’ve got four young kids. 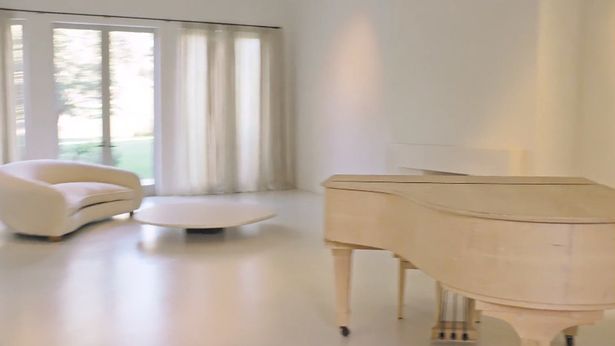 There’s a restaurant-sized kitchen large enough to feed an army, but anyone hoping to relax in the front room will have a job as there’s only one small white sofa, a coffee table and an unbleached Steinway piano.

In an interview with Vogue, Kim described the house inspired by Belgian designer Axel Vervoordt as a ‘minimal monastery’.

They’ve since bought a further three properties in the street and a source told The Sun the couple often sleep in separate beds, or even separate houses. 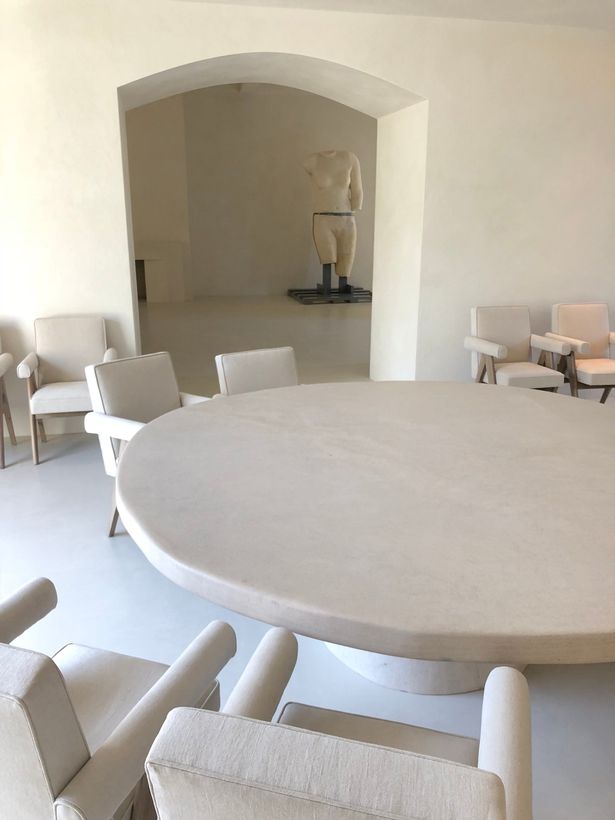 “All their friends know that Kim and Kanye sleep in separate bedrooms and often separate houses. They love each other but have their own lives,” the insider claimed.

“The kids have their own bedrooms in each home complete with toys and favourite colours but sometimes they do sleep in their other homes too.”

He counts their marriage in dog years 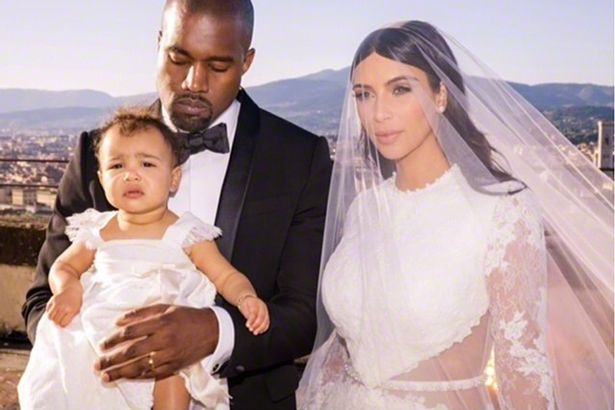 Kimye tied the knot in Florence, Italy, in 2014, but for former sex addict Kanye, the years aren’t flying by.

Rather than the usual ‘four years married to my soulmate,’ nonsense, the mother-of-four instead appeared to be having a prison-style countdown.

“Four years down and forever to go…” she captioned a shot of her and Yeezy on their wedding day. 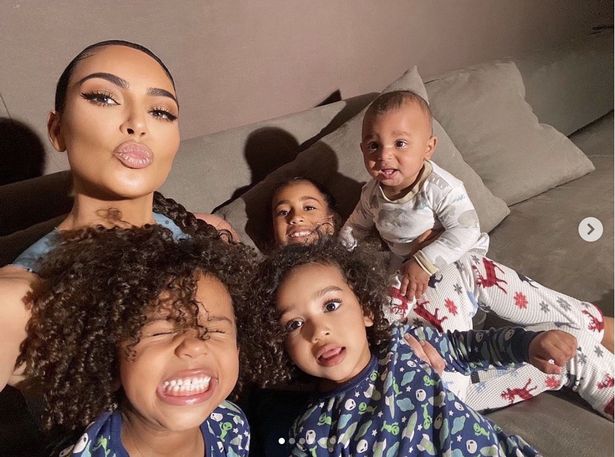 With no hired help to fall back on and an empire to run, Kim has reportedly been looking after their four children, North, seven, Saint, four, Chicago, two and one-year-old Psalm, single-handedly.

And according to an insider, the trainee lawyer is more than a little annoyed by her husband’s apparent reluctance to help because he’s too ‘focused on creating’.

“Kim finds it frustrating that Kanye doesn’t ask her how he can help with the kids,” a source told US magazine.

“She is trying to be a great mom, focus on law school and her work commitments and it’s hard to do all of this without Kanye helping as much as he can.”

What’s more, the couple are said to have become ships in the night, with Kim up early with the kids and to go to the gym, while Kanye prefers to stay up late, even in lockdown.

The insider said: “Sometimes they are on different pages. She gets up early and works out and he is up late.

Read More: Truth about Kim and Kanye’s North pregnancy and their ‘bizarre’ marriage