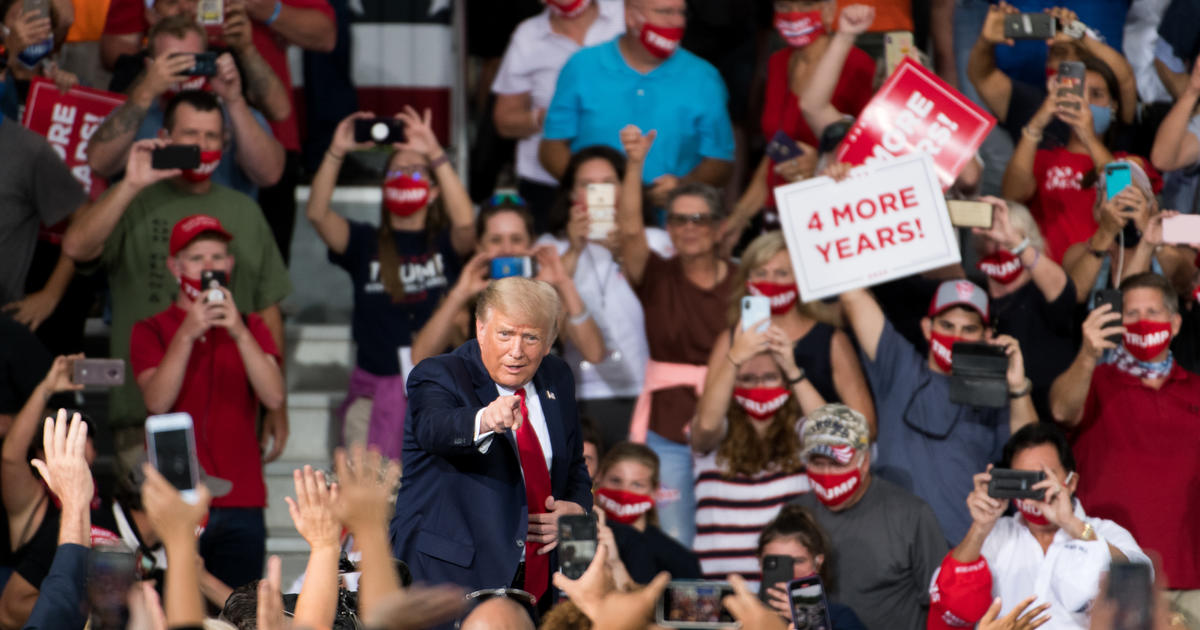 In early August, the Trump campaign announced the president, Republican National Committee and joint fundraising entities had raised $1.1 billion raised this cycle to date. Those entities have also spent over $1 billion since the start of 2017 — or more than $830 million, excluding RNC midterm spending in 2017 and 2018, according to Federal Election Commission filings.

President Trump has been defending the massive spending by his campaign since he launched his re-election bid, which comes as Mr. Trump’s cash advantage over Joe Biden has evaporated, leaving him with a potential spending crunch in the final months of the election.

Last week, the Democratic nominee’s campaign announced it, along with the DNC and joint committees, raised nearly $365 million in August, shattering previous records. The Trump campaign has not yet announced what it raised in August, but on Tuesday, the president defended his campaign’s spending.

“We needed to spend more money up front because of the pandemic,” Mr. Trump said. “The statements being made by Democrats, which again were disinformation. We’ve done a great job with COVID.”

He said he’d put up his own money to fund his campaign if he had to, but the campaign is doing “very well.”

At the end of March 2020, Mr. Trump and Republicans had a massive $187 million cash advantage over Biden, with $244 million cash on hand. Biden and the Democratic National Committee together had a combined $57.2 million and had not yet even formed a joint fundraising committee. By August, the Biden Victory Fund — an agreement between the campaign, national party and 47 state parties — was asking for a maximum $721,300 per donor, and the fundraising gap closed.

At the same time, some of the Trump campaign and RNC expenditures have raised questions and campaign aides are trying to “rethink” campaign spending leading up to November. In mid-July, Bill Stepien replaced Brad Parscale as Trump campaign manager. Stepien has been “carefully managing” the campaign’s budget.

“I consider it to be among the most, if not the most important task for any campaign manager,” Stepien said Tuesday, adding that one of his first undertakings as a campaign manager was recreating the budget.

Where did the money go?

According to FEC filings, the Trump campaign, RNC and joint fundraising entities have paid Parscale Strategy LLC more than $35 million since the start of 2017. Services described in the filings include management consulting, fundraising, digital consulting, online advertising and web development.

As soon as Parscale was out as manager, the reelection effort ended a social media campaign that had used Mr. Parscale’s personal accounts to deliver pro-Trump ads since 2018, worth $808,000 according to Facebook’s ad library.

At the time of its staff shake-up, the campaign also began reexamining its advertising strategy. Before the GOP convention, the Trump campaign had spent more than $120 million on TV advertising and more than $100 million on digital since the start of 2019, according to Kantar/CMAG tracking, despite the fact that the president faced no real primary challenge.

A senior Trump campaign official confirmed to CBS News in January that the campaign planned to spend $10 million on 60 seconds of airtime during the Super Bowl. The campaign also spent more than $1.2 million on TV advertisements in Washington, D.C. since October 2019.

But in the last two weeks of August, Mr. Biden’s campaign greatly outspent Trump’s campaign on television, investing $35 million on ads compared with $4.6 million for Mr. Trump, according to Kantar/CMAG data.

Meanwhile, Mr. Trump, who once joked he could be the first candidate to make money running for president, has steered, along with the Republican Party and joint fundraising committees, more than $6.3 million into the Trump family businesses since the start of 2017.

Some of the biggest payments include more than $491,000 from the RNC to Trump National Doral Miami in January for a “venue rental and catering,” a similar payment of nearly $170,00 also by the RNC in November 2019, and a payment by the RNC to Trump National Doral Miami of more than $367,000 for “travel expenses” in 2018. Trump Victory also had two payments of more than $165,000 each to Trump Hotel Collection for “facility rental” at the end of 2019.

The RNC has paid Mr. Trump’s personal security guard Keith Schiller’s private security firm, KS Global Group, $496,000 since October 2017. It also made a $325,000 payment to the Ritz-Carlton Amelia Island near Jacksonville on July first ahead of the convention that never happened there, according to FEC filings.

FEC reports also show the campaign has spent more than $17 million on what’s listed as “legal consulting” since early 2017.

The campaign has also hired a large, well-compensated “army” of staff members that is now based in the Arlington suburbs. It’s paid more than $14 million to staff as payroll since 2017. The RNC’s staff payroll expenses since 2017 total more than $57 million.

Trump Victory – the RNC and Trump campaign’s joint field operations – employs approximately 2,000 staff members across 100 offices. Officials claim that volunteers knock on one million doors per week, while the Biden campaign has forgone door to door canvassing so far during the pandemic.

While the Trump campaign has not disclosed its August fundraising totals at this time, senior RNC officials said the campaign along with the national party raised a combined $76 million during the four days of the convention, topping the $70 million raised by Biden and Democrats during their four day convention the week before.

Both campaigns and political parties face a September 20 filing deadline with the Federal Election Commission.

Trina Braxton Shows Off Her Weight Loss And Fans Are Impressed »