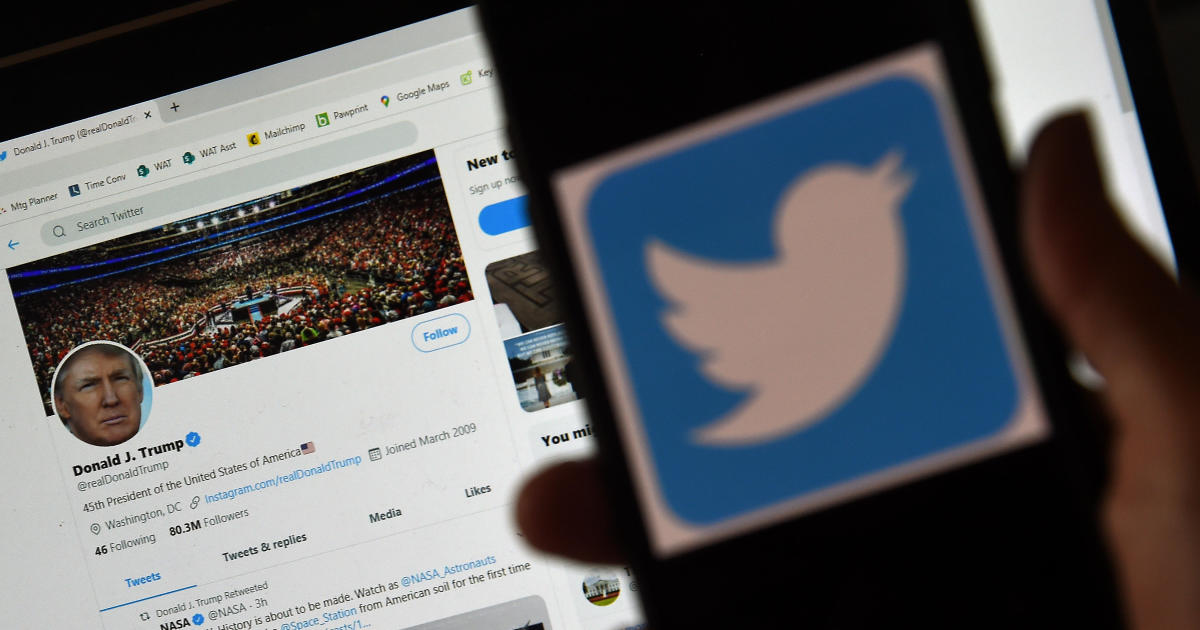 The racial origins of fat stigma

Children could be “major drivers” of COVID spread, doctor says

President Donald Trump is asking the Supreme Court to allow him to block critics from his personal Twitter account. The administration said in a high-court filing Thursday that Trump’s @realdonaldtrump account, with more than 85 million followers, is his personal property, and argued that blocking people from it is akin to elected officials who refuse to allow their opponents’ yard signs on their front lawns. “President Trump’s ability to use the features of his personal Twitter account, including the blocking function, are independent of his presidential office,” acting Solicitor General Jeffrey Wall wrote, urging the justices to review the case. The federal appeals court in New York ruled last year that Mr. Trump uses the account to make daily pronouncements and observations that are overwhelmingly official in nature. It held that Mr. Trump violated the First Amendment whenever he blocked a critic to silence a viewpoint. A decision about whether even to hear the case is not likely before the November election. The case grew out of a challenge brought by the Knight First Amendment Institute at Columbia University, which sued on behalf of seven individuals blocked by Mr. Trump after criticizing his policies. Jameel Jaffer, the Knight Institute’s executive director, said the justices should decline to take up Mr. Trump’s appeal. “This case stands for a principle that is fundamental to our democracy and basically synonymous with the First Amendment: government officials can’t exclude people from public forums simply because they disagree with their political views,” Jaffer said in a statement. The administration argued in its appeal that the Supreme Court, not lower courts, “should decide where to draw the line between the President’s personal decisions and official conduct.” The pace of the case was slowed by the coronavirus pandemic, as well as by Mr. Trump’s decision to ask the full 2nd U.S. Circuit Court of Appeals to review the ruling by a three-judge panel. The court refused to do so by a 7-2 vote in March. Two Trump appointees, Judges Michael H. Park and Richard J. Sullivan, were the only members of the court to side with the president. The Supreme Court extended its deadline to file an appeal from 90 days to 150 days when it shut the building to the public and abandoned in-person meetings because of the virus outbreak.

« Remnant: From The Ashes’ Subject 2923 DLC Is Now Available