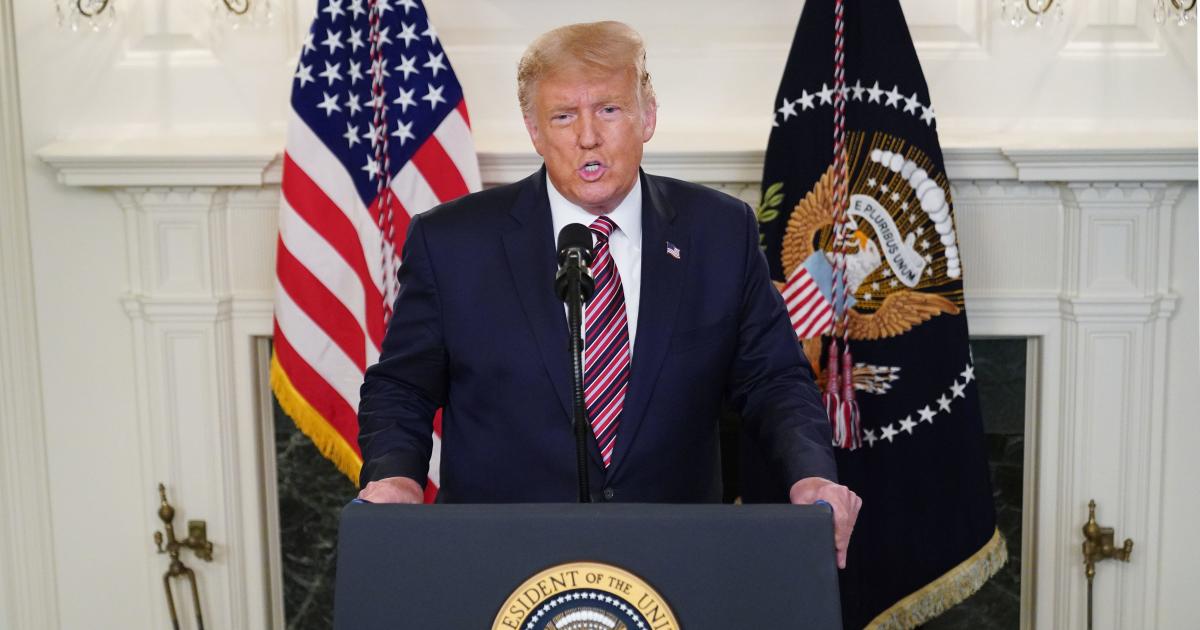 Washington — President Trump on Wednesday announced a new slate of 20 potential nominees to the Supreme Court in the event of a vacancy in his second term in office — or the remainder of his first term — building on a key issue that mobilized conservative voters to support him in 2016 and that has been a major achievement of his presidency for Republicans. The 20 names he listed Wednesday are additions to an original list that has been updated throughout his presidency.

In remarks at the White House, Mr. Trump called appointing justices to the Supreme Court “the most important decision an American president can make.” Mr. Trump said that if he wins a second term, he could possibly be called upon to name up to four justices.

“For this reason, candidates for president owe the American people a specific list of individuals they consider for the United States Supreme Court,” he said.

The latest iteration of Mr. Trump’s list includes three sitting U.S. senators — Tom Cotton of Arkansas, Ted Cruz of Texas and Josh Hawley of Missouri — as well as current lawyers working in the Trump administration. Former Solicitor General Noel Francisco, who argued on behalf of the Trump administration before the Supreme Court, is also among the new contenders, as is former Solicitor General Paul Clement, who worked under President George W. Bush.

While there is no current vacancy on the Supreme Court, it’s believed the next president could appoint at least one justice. Justice Ruth Bader Ginsburg, the anchor of the court’s liberal wing, is 87 and has faced recent health challenges, and Justice Stephen Breyer is 82. Justice Clarence Thomas, currently the Supreme Court’s longest-serving member, is 72.

Here are all the new names on the president’s list:

At the White House, Mr. Trump derided Biden for not releasing his own list of Supreme Court nominees, claiming he hasn’t done so because his candidates would be “so far left they could never withstand public scrutiny.” The president called on Biden to make public his own slate of Supreme Court candidates.

Mr. Trump mentioned in June that he would roll out his list of potential justices after his administration’s efforts to roll back the Deferred Action for Childhood Arrivals program were blocked by the high court in a 5-4 decision.

President Trump speaks on judicial appointments in the Diplomatic Reception Room of the White House in Washington, D.C., on September 9, 2020.

He vowed to select a nominee exclusively from the list if he had the opportunity to appoint another justice to the court, and said the slate of candidates had taken on added importance because of rulings from the high court during its most recent term, which ended in July.

While the Supreme Court delivered victories for conservatives on disputes involving religious liberty, the justices struck down a Louisiana abortion restriction and extended workplace protections for LGBTQ people in a pair of losses for the Trump administration. The high court also rejected Mr. Trump’s claim of absolute immunity from state criminal proceedings while he’s in office in a dispute with the Manhattan district attorney, and sent that case and a second legal battle with House Democrats over his financial records back to the lower courts.

The president also painted a bleak picture of the future of the Supreme Court should a Democratic president have the opportunity to appoint more justices, warning that if a “radical left movement” is granted a majority, “it will fundamentally transform America.”

Conservatives have been gratified by the president’s judicial appointments, which include two justices to the Supreme Court: Justice Neil Gorsuch, who replaced the late Justice Antonin Scalia, and Justice Brett Kavanaugh, who replaced Kennedy and whose appointment cemented the high court’s 5-4 conservative majority.

With crucial assistance from the GOP-controlled Senate, the president has also seen 203 judges confirmed to the federal bench, including 53 to the federal courts of appeals. Mr. Trump’s efforts to remake the federal judiciary will likely be among his most enduring legacies, with many of those judges likely to serve decades.

Mr. Trump vowed to select Supreme Court and lower court jurists in the mold of Scalia, and in releasing an initial list of possible nominees to the high court in 2016, he largely followed through on that promise, winning over a swath of conservative voters who were unsure about voting for him but wanted conservative justices on the bench in the long term.

According to CBS News exit polling after the last presidential election, 70% of Americans said appointments to the Supreme Court were the most important or an important factor in deciding their vote for president.

Neither of Mr. Trump’s two Supreme Court appointees, Gorsuch and Kavanaugh, were on the initial list of 11 possible nominees put forward by the Trump campaign in September 2016, but were added in later iterations.

The president is looking for ways to engage conservative voters with just weeks until the election, as his fundraising lags Democratic nominee Joe Biden and he deals with fallout from recent negative news stories.

On Thursday, reports about an upcoming book by Bob Woodward revealed the president admitted to downplaying the severity of the coronavirus in the spring.

“I wanted to always play it down. I still like playing it down, because I don’t want to create a panic,” Mr. Trump told Woodward in a taped interview.

Mr. Trump is also still combating claims in an article in The Atlantic, parts of which were confirmed by other outlets, that the president demeaned fallen troops. The president and White House aides have vigorously denied the claims.