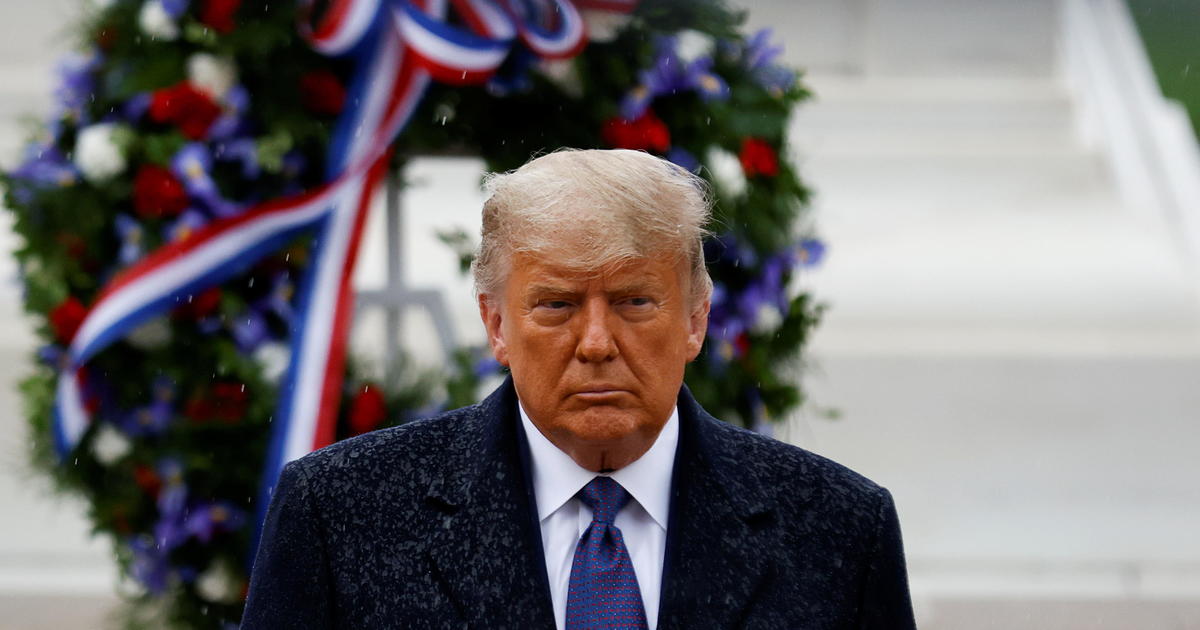 President Donald Trump made his first formal public appearance since he was defeated in the 2020 presidential race. He and the first lady marked Veterans Day on Wednesday with a visit to Arlington National Cemetery, laying a wreath at the Tomb of the Unknown Soldier.

The president had not held an official appearance since last Thursday, when he falsely claimed victory in the election and accused his critics and the media of stealing the election from him.

Mr. Trump made no remarks at the cemetery, where it was raining, instead silently honoring the moment. Vice President Mike Pence stood at his side.

President Trump turns after placing a wreath at the Tomb of the Unknown Solider as he attends a Veterans Day observance in the rain at Arlington National Cemetery in Arlington, Virginia, November 11, 2020.

President-elect Joe Biden offered his thanks to veterans in Philadelphia, too. He and future first lady Jill Biden visited the Philadelphia Korean War Memorial.

Mr. Trump and his campaign are forging ahead with legal challenges contesting vote-counting procedures in several states, none of which have reported the kind of widespread voter fraud Mr. Trump has alleged.