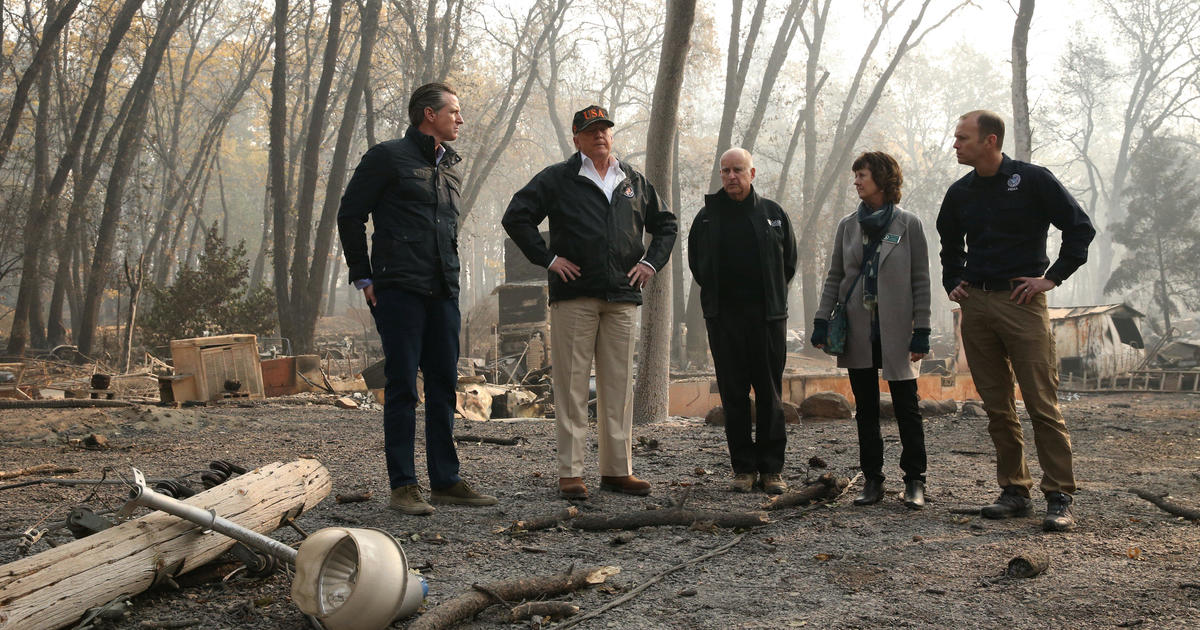 Trump in another war of words over wildfires with Calif. governor

The president wrote, “The Governor of California, @GavinNewsom, has done a terrible job of forest management. I told him from the first day we met that he must ‘clean’ his forest floors regardless of what his bosses, the environmentalists, DEMAND of him. Must also do burns and cut fire stoppers…..

“..Every year, as the fire’s rage & California burns, it is the same thing-and then he comes to the Federal Government for $$$ help. No more. Get your act together Governor. You don’t see close to the level of burn in other states…But our teams are working well together in…..

“….putting these massive, and many, fires out. Great firefighters! Also, open up the ridiculously closed water lanes coming down from the North. Don’t pour it out into the Pacific Ocean. Should be done immediately. California desperately needs water, and you can have it now!”

Wasting no time, Governor Newsom did fire back, tweeting:

“You don’t believe in climate change. You are excused from this conversation.”

Loyola Law School professor Jessica Levinson told CBS L.A., “It seems that President Trump as shown a misunderstanding of what has caused our fires. Certainly, these are not by and large forest fires and Governor Newsom correctly explained that actually, you need to look at climate change to understand why we have this uptick in fires.

“California has always had fire seasons. … This isn’t just something that happened with climate change but it is certainly contributing to it,” she added. “If you want to know who is right, ask the scientists. Don’t ask the politicians. What do the scientists say? Climate changes has in real and specific ways contributed to what we are experiencing now.”

Levinson also observed that, “If California was a red state or a purple state, we would not be seeing these tweets. We are playing political roulette with the lives of our firefighters, with the people whose homes are at risk.”

Read More: Trump in another war of words over wildfires with Calif. governor