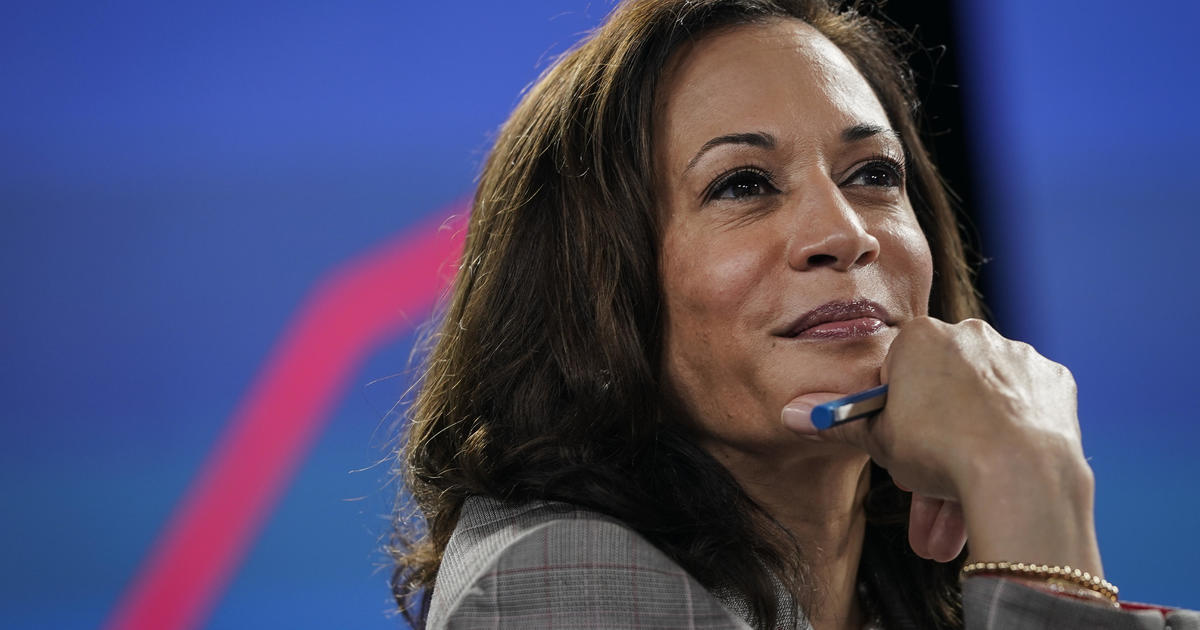 Washington — A legal adviser to President Trump’s reelection campaign is amplifying a false theory from a conservative law professor that Kamala Harris may not be eligible for the vice presidency due to questions surrounding the immigration status of her parents at the time she was born.

Harris was born in Oakland, California, on October, 20, 1964. Constitutional scholars and Supreme Court precedent have long held that anyone born in the U.S. is an American citizen, which makes them eligible for the presidency.

Jenna Ellis, the Trump campaign adviser, reposted a tweet Thursday from Tom Fitton, the president of the conservative group Judicial Watch, in which he asked whether Harris is “ineligible to be Vice President under the U.S. Constitution’s ‘Citizenship Clause'” and shared an op-ed from John Eastman, a law professor at Chapman University, published in Newsweek.

Ellis told CBS News that whether Harris, a California senator, can be vice president is an “open question, and one I think Harris should answer so the American people know for sure she is eligible.”

But Erwin Chemerinsky, the dean of Berkeley Law School and a constitutional law expert, told CBS News in an email that the issue “is a truly silly argument.”

“Some conservatives, such as John Eastman, think that is wrong and being born in the country is not enough,” Chemerinsky added. “[They’re] clearly wrong under the language of the 14th Amendment and under Supreme Court precedent.”

The controversial op-ed written by Eastman was published after Joe Biden announced Harris as his running mate Tuesday. Eastman ran unsuccessfully in the Republican primary for California attorney general in 2010 and lost to Steve Cooley. In the general election, Cooley was defeated by Harris, a Democrat.

Mr. Trump waded into the false claim on Thursday in his press conference.

“I heard it today that she doesn’t meet the requirements,” Mr. Trump said, adding he wasn’t sure what the case was.

Claims about Harris’s eligibility also emerged when she launched her presidential bid in early 2019, but were dismissed.

In his op-ed, Eastman said there are “some” questioning whether Harris can be vice president, because neither of her parents were naturalized U.S. citizens when she was born.

Eastman goes on to write that before voters “so cavalierly accept Senator Harris’ eligibility” to serve as vice president, questions should be posed “about the status of her parents at the time of her birth.”

Harris’s mother, Shyamala Gopalan, was a breast-cancer scientist who emigrated from India; her father, Donald Harris, was a professor from Jamaica. Harris is the first Black woman and first person of South Asian descent to be selected as a major party’s vice presidential candidate.

The theory put forth by Eastman and shared by Ellis is reminiscent of Mr. Trump’s own yearslong promotion of the so-called birther conspiracy, in which he falsely claimed President Barack Obama wasn’t born in the U.S.

Mr. Trump first suggested in 2011 that Mr. Obama, the first Black president, didn’t have a birth certificate, and it wasn’t until 2016 that he backed away from the disproven claim, saying “President Barack Obama was born in the United States. Period.”

Nicole Sganga contributed to this report.