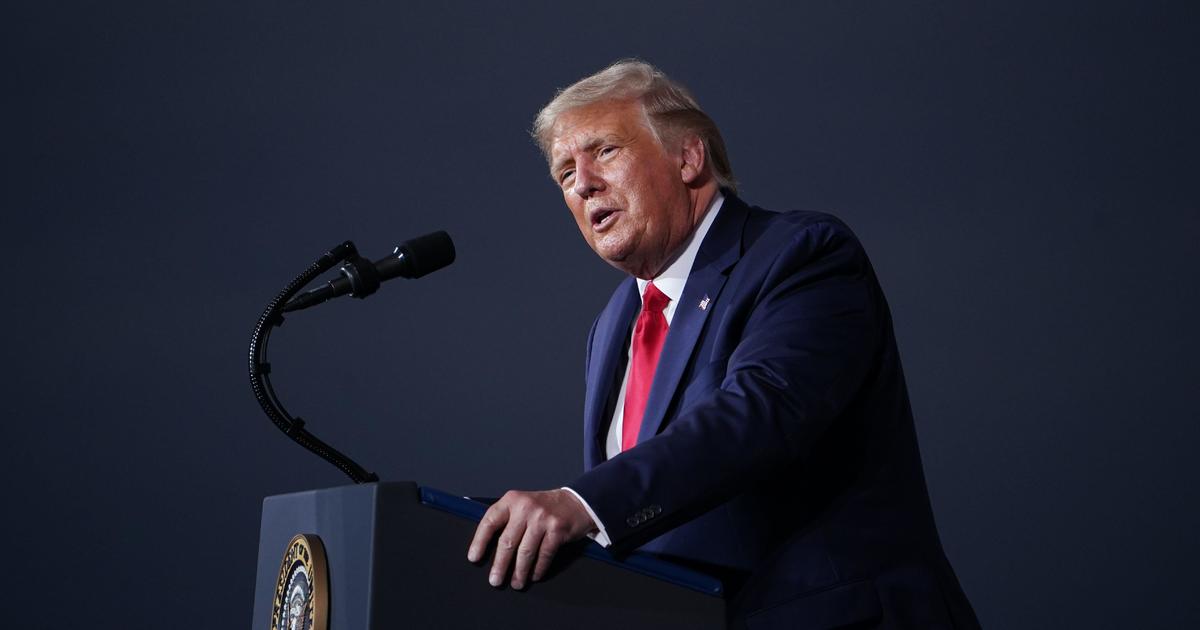 Washington — President Trump admitted to journalist Bob Woodward in March that he publicly downplayed the dangers of the coronavirus as it silently spread around the world, hoping to avoid a panic even as he recognized how “deadly” the virus could be.

Woodward interviewed the president for a total of nine hours for his new book, “Rage,” and audio clips of the recorded interviews were published by CNN and The Washington Post on Wednesday.

In an interview with Woodward on February 7, Mr. Trump said he had recently spoken to Chinese President Xi Jinping about the virus, calling it a “tricky situation.” The president said the coronavirus was “more deadly” than “even your strenuous flus,” and difficult to address because “it goes through air.”

“This is deadly stuff,” Mr. Trump said. Three days later, the president said during an event with the nation’s governors that “a lot of people think that goes away in April with the heat, as the heat comes in,” adding the U.S. is in “great shape.”

In another interview with Woodward on March 19, the president conceded that he was downplaying the threat of the virus in public.

“I wanted to always play it down. I still like playing it down, because I don’t want to create a panic,” Mr. Trump told Woodward. The Trump administration was slow to encourage wearing a mask in public, and the president himself repeatedly pushed states to reopen their economies in the spring, repeating as late as April that he believed the virus will “go away.”

On March 25, Mr. Trump told reporters at the White House that no one could have foreseen the pandemic, which had by that time shut down much of the economy. “Nobody would ever believe a thing like that’s possible,” he said at a White House briefing. “Nobody could have ever seen something like this coming, but now we know, and we know it can happen and happen again.”

Speaking to reporters on Wednesday, White House press secretary Kayleigh McEnany insisted that the president took the virus seriously from the beginning, despite the president’s own words that he publicly downplayed the virus’ seriousness.

Asked if the president intentionally misled the public about the seriousness of the virus, McEnany claimed, “Absolutely not.”

“The president has always been clear-eyed with the American people,” McEnany said, claiming Mr. Trump “never downplayed the virus.”

Woodward reports in his book that National Security Adviser Robert O’Brien warned Mr. Trump in a January 28 briefing that the virus was the “biggest national security threat you face in your presidency.” Mr. Trump later told Woodward that he did not remember O’Brien’s comment.

In his final interview with Woodward in July, the president washed his hands of any responsibility for the spread of the virus in the U.S., which has now killed nearly 190,000 Americans.

“The virus has nothing to do with me,” Mr. Trump told Woodward. “It’s not my fault. It’s — China let the damn virus out.”

According to CNN and the Post, Woodward quotes former Cabinet officials in his book and documents their frustrations with Mr. Trump’s leadership. Former Defense Secretary Jim Mattis is quoted in the book as saying the president is “dangerous,” “unfit,” and has “no moral compass.” Woodward also obtained more than two dozen letters exchanged between Mr. Trump and North Korean dictator Kim Jong Un, in which Kim frequently flattered the president.

Woodward interviewed the president more than a dozen times while reporting the book, and recorded all of the on-the-record sessions. The two-time Pulitzer Prize winner will appear on “60 Minutes,” on Sunday, September 13 at 7 p.m. ET/PT on CBS for his first interview about the revelations in “Rage,” which is published by Simon & Schuster, a division of ViacomCBS.