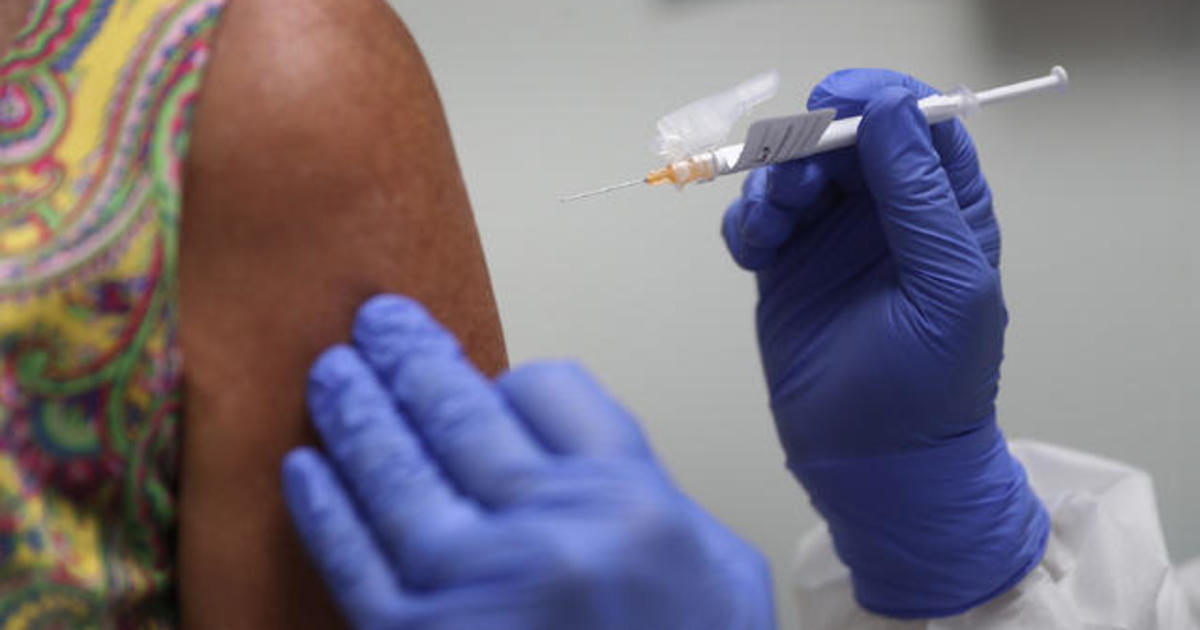 Washington — Operation Warp Speed, the government’s vaccine effort, is instructing clinics administering the Pfizer vaccine to wait until later this month to inoculate elderly residents at long-term care facilities, even though doses will be arriving in all 50 states this week and despite the CDC’s recommendation that the elderly be prioritized given their vulnerability to the coronavirus.

CBS News has obtained two Operation Warp Speed documents produced by the Department of Health and Human Services (HHS) with guidance for CVS and Walgreens, the pharmacy partners charged with carrying out the vaccination of residents at long-term care facilities. HHS explicitly instructs providers that the “earliest the program can turn on is Dec 21st,” referring to administering the Pfizer vaccine. The rate of infection at nursing homes has been spiking in recent weeks, which makes that a potentially costly delay.

On “Face the Nation” on Sunday, Health and Human Services Secretary Alex Azar described the rollout as a “turnkey vaccination” effort and denied delaying the start date for long-term care facilities. CBS News obtained the HHS documents spelling out the December 21 start date following the interview.

“We’re not actually asking the nursing homes to wait. And we were able to have a really good discussion with CVS leadership about this misunderstanding that they had at the president’s vaccine distribution summit,” Azar said, stating that vaccinations can start “really any day” and adding that all nursing home residents could be vaccinated by Christmas.

Hackensack Meridian Health CEO Robert Garrett, who runs one of New Jersey’s largest hospital systems, confirmed on “Face the Nation” that the long-term care facilities his company operates were told again this morning to wait to vaccinate nursing home residents.

“I did hear the secretary’s interview, but the latest information I have from CVS and Walgreens is that they would start on the week of the 21st,” Garrett said. He added that it was unclear to him why the elderly would have to wait, given that the CDC recommendation is for the first group of recipients to be front-line health care workers and long-term care residents.

“So, I just assumed that that would start at the same time,” Garrett told “Face the Nation.” His hospitals expect to receive vaccine doses on Monday and plan to begin vaccinating front-line medical staff the following day.

Former FDA Commissioner Dr Scott Gottlieb also confirmed the delay and said it was due to the fact that nursing home residents or their families must still provide consent for the vaccine.

“It’s a very costly delay. There [are] 50,000 new infections in nursing homes every week right now, probably more than that. And we know 20% of people in the nursing homes who are infected will succumb to the infection. So, there’s a lot of death happening in these nursing homes,” he said on “Face the Nation.”

Gottlieb, a former Trump administration official who now advises a number of governors, estimated that it would take about a week to get consent from patients. He also estimated it would three weeks total for CVS and Walgreens to inoculate nursing home residents. Gottlieb also serves on Pfizer’s board of directors.

It is not clear why Operation Warp Speed did not arrange in advance to help obtain consent. Gottlieb said it should have been done ahead of time.

CVS declined to comment on Azar’s remarks. Last month, Larry Merlo, the CEO of CVS Health, told “Face the Nation” that he expected to begin the vaccination process within 48 hours of receiving the vaccine supply. All 50 states are scheduled to begin receiving vaccine doses on Monday.

The HHS document obtained by CBS News further states that jurisdictions must select just one vaccine, made by either Pfizer or Moderna. Those who select the Moderna vaccine — which has not yet been approved by the FDA for emergency use — cannot distribute it to nursing homes until December 28.

Staff at those long-term care facilities can also receive vaccinations at the on-site clinics. The HHS document is labeled as a “draft – pre-decisional & deliberative.”